Joris Leverink is a writer and political analyst based in Istanbul. He is an editor for ROAR Magazine and a columnist for TeleSUR English, where he frequently reports on Turkish and regional politics.

ISTANBUL, Oct 27 2015 (IPS) - This Sunday, November 1, Turkey heads to the polls for the second time this year, to elect the 550 members of its Grand National Assembly. The snap elections were called for by President Recep Tayyip Erdogan in late August when the different parties failed to form a coalition government after the June elections, in which the Justice and Development Party (AKP) had lost its parliamentary majority for the first time since its 13 years in power. 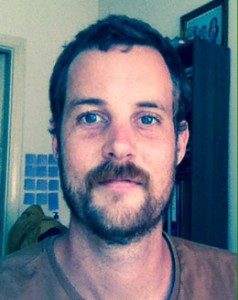 Polls suggest that the outcome of the upcoming elections will differ only slightly from the previous one. This means that AKP will come in first, followed by the republican opposition party CHP, then the ultra nationalist MHP and finally the “new kid on the block,” the HDP, a leftist democratic party with its roots in the Kurdish political movement.

Even though it’s the same quartet of parties that is most likely to pass the exceedingly high election threshold of 10 percent, the socio-political environment in which the elections are being held is entirely different from the situation in June. In the months between the elections, two of the deadliest terror attacks in Turkey’s history killed a total of more than 130 people, leaving scores more wounded; Turkey joined the fight against the so-called Islamic State (IS) in Syria; and, the breakdown of the peace process between the Turkish state and the Kurdish guerrillas of the PKK has led to the escalation of violence in the country’s southeast.

On the eve of the elections, Turkey stands at a crossroads. The path it takes will determine whether the high hopes of the international community in the first years after the AKP came to power – when Turkey, with its roots in Islamic culture on the one hand and its economy guided by a neoliberal agenda on the other, was perceived as the ideal bridge between the West and the Middle East – were well-founded, or not.

As reasons for the country’s current troubles, opposition figures point to Erdogan’s increasingly authoritarian rule, the worrying demise of press freedom, a slumbering economic crisis, Turkey’s awkward disposition towards the Kurds in Syria while it maintains its support for Syrian opposition groups with much more dubious reputations, and the targeting of civilian populations in the country’s southeast in an attempt to crack down on the PKK.

The June elections saw the AKP’s number of seats in parliament decline from 311 to 258, meaning that for the first time since the party came to power in 2002 it had to look for a coalition partner. This result came as a severe blow to the AKP, which had aimed to win a two-thirds majority in order to be able to change the constitution and introduce a so-called “presidential system.” After being elected president with 52 per cent of the votes only 10 months earlier, Erdogan made it no secret that he imagined an entirely new role for the president, from a ceremonial head of state to powerful leader, heavily involved with the day-to-day rule of the country.

However, after managing to take only 258 seats in the 550-seat parliament, the AKP was not only short of a two-third majority needed to change the constitution, but also 18 seats short of the simple majority it required to rule on its own.

From the onset, any possible coalition between each of the four parties in parliament seemed an impossible feat to accomplish. A deep-rooted mistrust between the ultra nationalist MHP and the pro-Kurdish HDP made any coalition between the three opposition parties practically impossible. The two most likely options – a coalition between the AKP and either the CHP or the MHP, respectively – never came to pass due to opposition demands to reopen a controversial corruption case that would see many senior AKP members compromised, and the opposition’s refusal to cooperate with any plans to empower the position of the president.

New elections were the most likely outcome of all the coalition talks, and few were surprised when on August 24 the official announcement came that Turkey would return to the polls on November 1.

While talks were going on in Ankara, the clock in the country’s east was set back by 20 years. The re-escalation of the conflict between Turkish armed forces and the PKK reminded many people of the 1990s – a period also referred to as “Turkey’s lost decade” – when the fighting killed thousands and displaced millions, leaving entire villages burned and a population on the move.

On July 20, an IS-suicide bomber, originally from the Turkish town of Adiyaman, blew himself up in the middle of a group of activists that had traveled to Suruc, on the Syrian border, to help with the rebuilding of Kobane. In the attack 32 people lost their lives.

Even though IS never claimed responsibility for the attack, few have any real doubts that it was the terrorist organization based in Syria and Iraq that was behind it. Nevertheless, fingers were pointed at the government in Ankara for failing to protect its citizens and allowing IS to gain a foothold on Turkish territory. In retaliation, two police officers were murdered by a group with links to the PKK, to which the Turkish government responded with full force and launched an all-out bombing campaign on PKK positions both in Turkey and northern Iraq.

More recently, on October 10, another IS attack caused the deaths of over a hundred people in Ankara, when two men with links to the terrorist organization blew themselves up in the middle of a crowd that had gathered to demonstrate for peace. Again, public anger was directed at the government for failing to take sufficient security measures, while AKP-party leader Ahmet Davutoglu and president Erdogan both tried to turn the events to their advantage by accusing all enemies of the Turkish state – from Syrian security forces to the PKK, and the Syrian Kurds to IS – to be behind this attack.

This Sunday’s elections will take place in a climate of social and political tension. For the past few months the country has been held hostage by a political impasse that has to be broken in order for the country to move forward. It is very likely that the results will be more or less the same as in June. When this happens, it will be up to the people in Turkey to make clear to their party leaders that they have to put aside their egos and disagreements, and show the courage necessary to put Turkey on the right track once again.