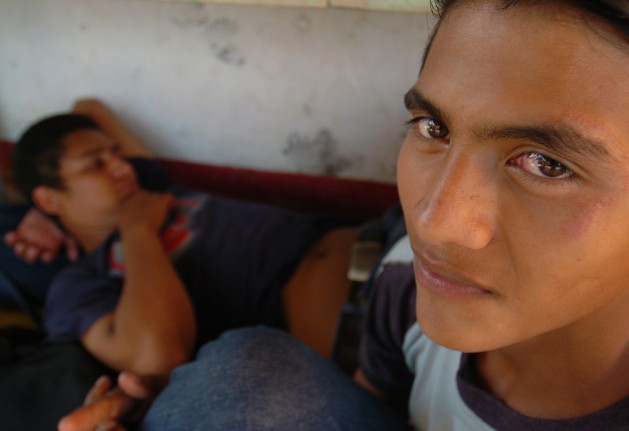 MEXICO CITY, Oct 14 2016 (IPS) - One word could undoubtedly summarize the past year with painful precision: Refugees.

We all have seen the heartbreaking images of men, women and children desperately jumping on makeshift boats in the Mediterranean or the Andaman Seas, narrowly escaping death in search for a safer future. The bodies of lifeless toddlers washed ashore. The harrowing cries of mothers and fathers who lost everything trying to save their families, only to be denied a safe-haven in other countries.

In an often-ignored corner of the world, equally tragic images abound, showing a dreadful and rapidly deteriorating refugee crisis that many do not even know about.

El Salvador, Guatemala and Honduras are not Syria. There is no official war there. But even in the absence of one, the alarming death toll in each one of these countries show that there might as well be.

Honduras and Guatemala are not far behind with homicide rates of 63.75 and 34.99 per 100,000 inhabitants respectively.

And it’s not only murders that make life in these small countries nearly impossible.

Most people struggle to survive under the merciless watch of criminal gangs that control what people do and can’t do, what they can talk about and even where they can walk. They force bus drivers and shop owners, sex workers and anyone else to pay hefty fees for the “privilege” of not being killed.

And the authorities are doing very little to protect them – with police even abusing young teenagers and others to force them to “confess” to helping gangs in a desperate attempt to show they are taking action against this unbearable violence.

More people are murdered in Central America’s “Northern Triangle” – as the three countries are jointly known – than in most conflict zones.

It should come as no surprise that people feel they have no option but to flee home, often with little more than what they can carry with them.

Every year, hundreds of thousands of people from the Northern Triangle take one of the most perilous journeys on earth, travelling through Mexico with a view to seek safety in the USA.

Some make it all the way. But the journey is filled with dangers, ranging from kidnapping to rape and other forms of torture. A large number die along the way or are forcibly returned back to the life-threatening situations they were desperately fleeing in the first place.

Once back “home”, their governments welcome them with open arms but closed minds – either uncaring or oblivious to what prompted them to flee. Authorities in El Salvador, Guatemala and Honduras have spoken to us with enormous pride about how quickly they are able to “process” hundreds of deportees each day.

The trouble is, no one is taking the time to find out exactly why they were so desperate to leave home in the first place and why most prefer to make the perilous journey again and again rather than stay home.

José, a 16-year-old boy, is one of them. We met him as he sat, visibly exhausted and looking lost as he gazed into the distance. He had left El Salvador a week earlier, with nothing but the clothes he was wearing. What spurred him to flee were the threats from the gang controlling his neighbourhood, which became dangerously real. But in Mexico he was caught by migration officials and deported. On his return to El Salvador, a social worker merely tried to dissuade him from going back to Mexico, but José complains no one is listening when he lists the long catalogue of reasons why going home is not an option. 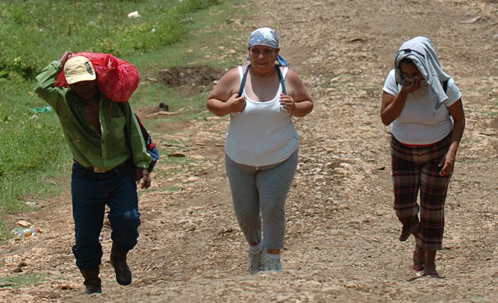 Like most in his situation, after taking the pupusas (the Salvadorian traditional corn flour pastries) he is given, he sees no choice but to begin the dangerous journey northwards again.

While Central American governments work hard to focus attention on the vast abuses people suffer while travelling through Mexico to the USA, they conveniently look the other way when it comes to acknowledging their own role in the Americas’ worst refugee crisis.

They cynically argue that most people flee El Salvador, Guatemala and Honduras out of economic need, not because the sky-high homicide rates make their countries near no-go zones for millions. They say this crisis has nothing to do with them. This argument is not just cynical, but wrong.

While the USA and Mexico are utterly failing in their obligation to provide a safe haven to those forced to flee the violence and not return them to danger, authorities in El Salvador, Honduras and Guatemala cannot afford to sit back.

They are the ones leading lambs to the slaughter – by failing to tackle the root causes of the endemic violence that is taking over their countries and ignoring their citizens’ desperate cries for help.

No matter how damaged these countries are, they could and should do more.

Resources available locally to kick-start protection programmes might be scarce, but the US$750 million recently made available by the USA to halt migration, should go some way to start tackling the root causes of the violence that forces many people to leave. But for some, leaving will always be the only option.

There are no easy solutions and it will undoubtedly take a long time for any anti-violence and protection programmes to bear fruit. But stubbornly focusing on giving out a hot meal and a welcome hug while neglecting to protect their citizens and pushing them back through the gates of hell is a sure-fire way to condemn future generations to no option but to leave home.