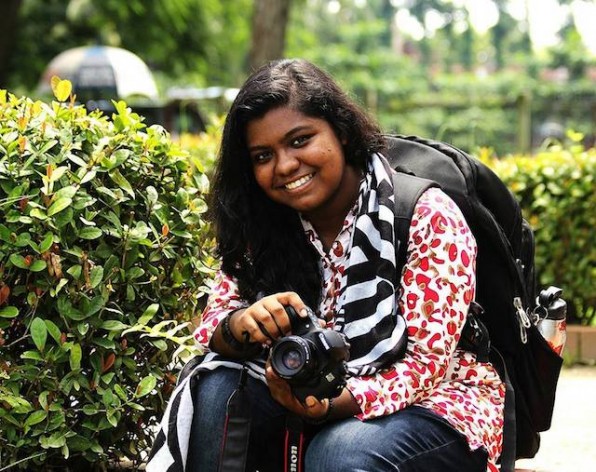 DHAKA, Jan 11 2017 (IPS) - Journalism is a profession that attracts both sexes, but social taboos and hostile office climates have kept the numbers of women working in Bangladesh’s media sector dismally low. Still, a new generation of women is stepping up, with the support of their path-breaking colleagues.

According to an October 2016 report by senior female journalist Shahnaz Munni of News 24, a private TV channel in Bangladesh, women journalists in Bangladesh’s media industry account for only 5 percent in print and 25 percent in electronic media.

“You have to face some obstacles, some real challenges. And they start straight from your own home." --Wahida Zaman

“Unlike many other classmates of mine, both male and female, I chose to study journalism by choice. Before being a journalist, I was actually a photographer. Nothing thrills me more than the thought that journalism can give me all these opportunities in one package,” Zaman told IPS.

“I can go to places, meet new people, get to know new stories — stories of both successful and unsuccessful people, and of course take lots of photographs. That’s how my dream of being a journalist started blooming.”

But, she said, being a woman and a journalist at the same time is not so easy in real life. “You have to face some obstacles, some real challenges. And they start straight from your own home,” Zaman added.

There is often resistance among family members, who want their women to be ‘safe’, she said.

Nadia Sharmeen, a reporter at Ekattor TV, a private television channel in Bangladesh, came under attack in 2013 while covering a rally organised by Hefazat-e-Islam, for Ekushey Television, her previous workplace, in the capital Dhaka.

Sharmeen, who won the US State Department’s International Women of Courage Award in 2015, told the IPS that women in Bangladesh face challenges in all sectors. “Threats and intimidation have been part of this profession for women,” she said.

Hailing from Bagerhat, a remote southwestern district of Bangladesh, she said she enjoys the full support of her family in pursuing her career.

Sanchita Sharma, a news editor with Boishakhi Television, said the atmosphere for female journalists in Bangladesh is better now than at any time before and their numbers are growing — but are still not satisfactory.

Sharma said one problem is that women still focus on being news presenters rather than reporters or copy editors, which can help them get elevated to top positions. 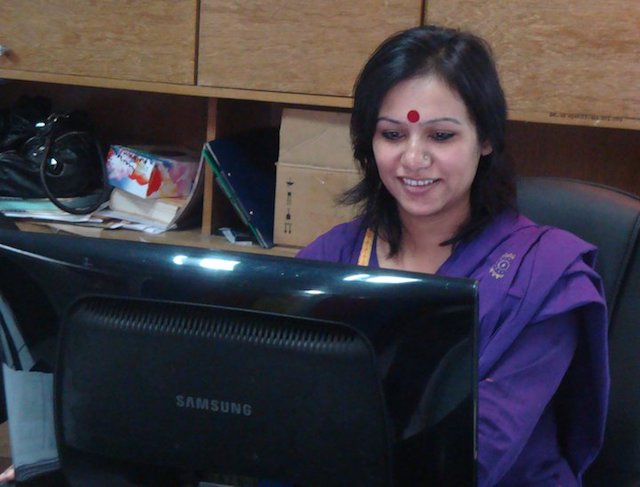 Apart from social problems, a common challenge for women journalists is they have to manage both their homes and their offices. “It’s a double trouble for them,” she said.

Regarding the Bangladesh National Press Club, Sharma said the men who dominate its Executive Committee are reluctant to grant membership to women. “It’s very painful that women account for only 54 among the Club’s 1,218 members,” she said.

She said their male bosses can be unnecessarily tough in putting their female colleagues on night shifts. “They (male bosses) can easily spare us from nightshift duty if there is no emergency, but they don’t. That’s why many promising girls are quitting the profession.”

Every profession has hazards, but in journalism this is disheartening, particularly for women. “Things are improving, but slowly,” she said.

Shimul said male bosses also undermine female journalists and ignore them when it comes to covering important and challenging news beats like that of crime and PMO (the Prime Minister’s Office).

Shahiduzzaman, Editor of News Network, a leading non-profit media support organisation of Bangladesh, said the atmosphere in Bangladesh for female journalists is still far from ideal.

Shahiduzzaman, also a Representative and Senior Adviser for South Asia with Inter Press Service (IPS), said it was the News Network that first came forward in the mid-1990s to provide journalism training to female university graduates by offering them fellowships.

He said News Network has so far provided training to nearly 300 young and upcoming women journalists with support from donors like Diakonia, Free Press, USAID, Ford Foundation, Norad, Canadian International Development Agency, The World Bank and Janata Bank, a public sector local bank. And 60 percent of them are now working in the country’s mainstream media. “Sanchita and Shimul are among them,” he mentioned.

Stressing the importance of gender equity in Bangladesh’s media industry, Shahiduzzaman said a very few of the 5 percent female journalists hold policymaking positions, which is necessary for to make far-reaching changes.

Regretting that there are hardly any female journalists at the country’s district level, the News Network editor said widespread training programmes are needed to encourage female young graduates to take up journalism as their profession.

“We can do even better if we can get support from donors as in the past,” he said.