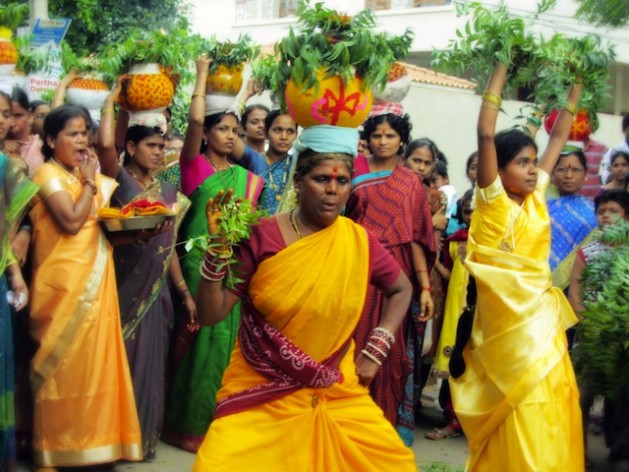 “When I was a baby, I got sick and some of my family members decided that I should die because I was not a boy. Decades later, I’m inspired by the courage of my mother - and countless other women – to expose and end gender-based violence and inequality.” -- IPS correspondent Stella Paul
Recognising the contributions these journalists make to advancing women and girls’ rights, international advocacy organisation Women Deliver have named 15 journalists for their dedication to gender issues ahead of International Women’s Day 2015.

Among the journalists Women Deliver recognised for their work is IPS correspondent Stella Paul from India.

Paul was honoured for her reporting on women’s rights abuses through articles on such issues as India’s ‘temple slaves’ and bonded labourers.

Paul’s dedication to women’s rights is not only shown through her journalism. When she interviews communities, she also teaches them how to report abuses to the authorities and hold them accountable for breaking the cycle of violence.

Paul is herself a survivor of infanticide.

She told Women Deliver, “When I was a baby, I got sick and some of my family members decided that I should die because I was not a boy.

“Decades later, I’m inspired by the courage of my mother – and countless other women – to expose and end gender-based violence and inequality.”

Among others, Paul’s story on bonded labour in the southern Indian city of Hyderabad has had a tangible impact on the lives of those she interviewed.

In July she blogged about how one woman featured in the article ‘No Choice but to Work Without Pay‘, Sri Lakshmi, was released from bonded labour by her employer after a local citizen read the article on IPS and took action.

Lakshmi’s daughter Amlu, who once performed domestic labour while her parents went off to work, is now enrolled in a local elementary school.

Another journalist honoured was Mae Azango from Liberia.

“After her story was published she received death threats and [she] and her daughter were forced into hiding. Mae’s bravery paid off though, as her story garnered international attention and encouraged the Liberian government to ban the licensing of institutions where this horrific practice is performed,” Iversen added.

Azango told Women Deliver, “Speaking the truth about female genital cutting in my country has long been a dangerous thing to do. But I thought it was worth risking my life because cutting has claimed the lives of so many women and girls, some as young as two.”

Iversen said that many of the honourees had shown incredible dedication, through their work.

“For some of our journalists, simply covering topics deemed culturally taboo – like reproductive rights, domestic violence or sexual assault – can be enough to put them in danger,” she said.

However despite their dedication, journalists still also face obstacles in the newsroom.

“One of the questions we asked the journalists was: what will it take to move girls’ and women’s health issues to the front pages?” Iversen said.

“Almost all of them said: we need more female journalists in leadership and decision-making positions in our newsrooms. Journalism, like many other industries, remains a male dominated field, which can be a major obstacle to publishing stories on women’s health and rights.”

But the issue also runs deeper. There is also a lack of recognition that women and girls’ health rights abuses and neglect are also abuses of human rights, and combatting these issues is essential to achieving development for everyone, not just women and girls.

This means that women’s health is often seen as ‘soft news’ not political or economic news worthy of a front-page headline.

“Unfortunately women’s health and wellbeing is still, for the most part, treated as ‘soft’ news, despite the fact that when women struggle to survive, so do their families, communities and nations,” Iversen said.

“Every day, an estimated 800 women die in pregnancy or childbirth, 31 million girls are not enrolled in primary school and early marriage remains a pervasive problem in many countries. These are not just women’s issues, these are everyone’s issues – and our honorees are helping readers understand this link.”

As journalist Catherine Mwesigwa from Uganda told Women Deliver, “Women’s health issues will make it to the front pages when political leaders and the media make the connection between girls’ and women’s health and socio-economic development and productivity, children’s education outcomes and nations’ political stability.”

Male journalists also have a role to play and two of the fifteen journalists honoured for their contribution to raising awareness on these crucial rights were men.

Besides India and Liberia, other honorees hailed from Argentina, Cameroon, Bangladesh, Kenya, Pakistan, the Philippines, Senegal, Tanzania, Uganda, and the United States.

Readers have the opportunity to vote for their favourite journalists from the fifteen journalists selected by Women Deliver.

The three winners will receive scholarships to attend Women Deliver’s 2016 conference, which will be held in Copenhagen, Denmark.