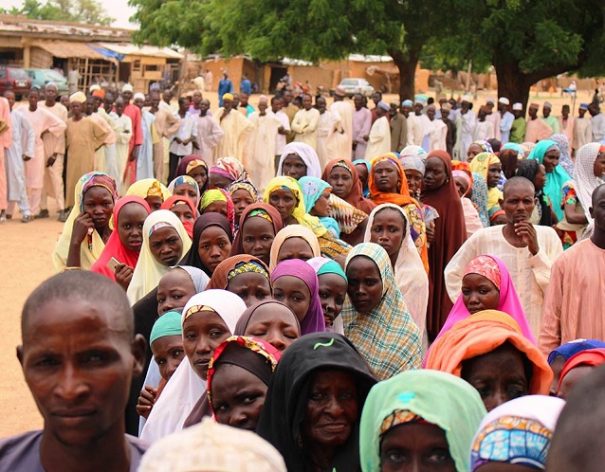 ROME, Jul 7 2017 (IPS) - World organisations, experts and scientists have been repeating it to satiety: climate change poses a major risk to the poorest rural populations in developing countries, dangerously threatening their lives and livelihoods and thus forcing them to migrate.

Also that the billions of dollars that the major industrialised powers—those who are the main responsible for climate change, spend on often illegal, inhumane measures aiming at impeding the arrival of migrants and refuges to their countries, could be devoted instead to preventing the root causes of massive human displacements.

The “solution to this great challenge” lies in bolstering the economic activities that the vast majority of rural populations are already engaged in,” José Graziano da Silva, director-general of the Rome-based UN Food and Agriculture Organization (FAO) on 6 July said.

The UN specialised agency’s chief cited figures showing that since 2008 one person has been displaced every second by climate and weather disasters –an average of 26 million a year– and suggesting the trend is likely to intensify in the immediate future as rural areas struggle to cope with warmer weather and more erratic rainfall.

For his part, William Lacy Swing, director-general of the UN International Organization for Migration (IOM), also on July 6 said “Although less visible than extreme events like a hurricane, slow-onset climate change events tend to have a much greater impact over time.”

Swing cited the drying up over 30 years of Lake Chad, now a food crisis hotspot. “Many migrants will come from rural areas, with a potentially major impact on agricultural production and food prices.”

FAO and IOM, chosen as co-chairs for 2018 of the Global Migration Group –an inter-agency group of 22 UN organisations– are collaborating on ways to tackle the root causes of migration, an increasingly pressing issue for the international community.

“Rural areas of developing countries, where often poor households have limited capacity to cope with and manage risks, are forecast to bear the brunt of higher average temperatures. Such vulnerabilities have been worsened by years of under-investment in rural areas.”

Using migration as an adaptation strategy can be positive –remittances can bolster food security and productive investment in places of origin– but can also perpetuate more vulnerability if not supported by adequate policies.

Both Graziano da Silva and Swing made their statements during the FAO Conference in Rome (3-8 July 2017).

FAO and IOM called for explicit recognition of migration –both its causes and its potential– in national climate change and rural development policies.

Farming and Livestock Bear Over 80 Per Cent of Damage

Here the United Nations has again reminded that farming and livestock sectors typically bear more than 80 per cent of the damage and losses caused by drought, underscoring how agriculture stands to be a primary victim of climate change. Other impacts include soil degradation, water scarcity and depletion of natural resources. Agricultural and rural development must be an integral part of solutions to weather and climate-related challenges, especially as they link with distress migration, Graziano da Silva said. Investment in resilient rural livelihoods, decent employment opportunities, especially for youth, and social protection schemes geared to protecting people from risks and shocks, is necessary, he added.

FAO also supports vulnerable member states in various ways, including with setting up early warning and early actions systems, dealing with water scarcity and introducing Climate-Smart Agriculture methods and Safe Access to Fuel and Energy initiatives designed to ease tensions between refugees and their host communities as well as reduce deforestation.

South-South Cooperation – partnerships in which developing countries exchange resources and expertise – is proving an inclusive and cost-effective tool to support the implementation of the 2030 Agenda for Sustainable Development, Graziano da Silva said.

“South-South and Triangular Cooperation offers the possibility of an approach that is not the traditional way followed by donors. It is more horizontal and it is based on the concept of solidarity,” he added at a side-event at the FAO Conference that took stock of the achievements of FAO-China South-South Cooperation Programme and looked at ways to involve more countries and international organisations in similar partnerships.

Graziano da Silva praised China’s “pioneering role as the largest contributor in supporting the programme,” as well as its decision to establish the FAO-China South-South Cooperation Trust Fund with a total financial grant of 80 million dollars. “I am sure that the interest in South-South and Triangular Cooperation will continue to grow because the benefits are shared by both sides of this partnership.”

China has sent over 1,000 experts and technicians to 26 countries in Africa, Asia, the South Pacific, and Latin America and the Caribbean, through FAO’s South-South Cooperation Programme. Results have included positive contributions to improve agricultural productivity and food security in developing countries.

FAO and China have promoted triangular cooperation with developed countries and other international organisations, to expand partnerships and promote global sharing of agricultural expertise and knowledge.

Through its South-South and Triangular Cooperation Programme, the UN specialised body is facilitating exchanges of experiences and know-how by supporting the placement of more than 2,000 experts to more than 80 countries around the world.

Meanwhile, parliamentarians have a key role to play along with governments, civil society, private sector, international agencies and donors “to achieve a Zero Hunger generation in our lifetime”, on 6 July said Graziano da Silva at a meeting with lawmakers on the side-lines of the FAO Conference.

“You are the ones who are responsible for enacting laws and for approving budgets, among other roles,” he said asking them to increase funding in their national budgets for food security and nutrition.

He also noted that achieving Zero Hunger by 2030 is still possible despite the fact that the number of hungry people has started to grow again.

“But we have to move quickly from political commitment to concrete actions, especially at national and regional levels. As elected representatives, you possess a high level of political influence that is essential for a positive change in your countries.”

He also emphasised the role of legislators in improving nutrition and food safety and praised them for acknowledging “the need for specific constitutional and legislative provisions to ensure the enjoyment of this human right to adequate food”.

Legislators and the Middle East

The Middle East and North of Africa (MENA) region, being one of the most impacted areas by climate change worsening the already dangerous water scarcity challenge, will this month receive special attention through the Asian and Arab Parliamentarians Meeting and Study Visit on Population and Development (Amman, 18-20 July 2017).

It is expected the meeting will enhance the capacity of parliamentarians who are responsible for population and development and establish a dialogue between Arab and Asian parliamentarians so as to exchange good practices, ideas and policy interventions.

Meantime, the three Rome-based UN food and agriculture agencies are embarking on an unprecedented joint programme to work with vulnerable communities in three crisis-prone areas over five years to meet their immediate food needs and boost their resilience, while addressing the root causes of food insecurity.

A 38 million dollars initiative funded by Canada, will be rolled out in the Democratic Republic of Congo, Niger and Somalia by both FAO, the UN International Fund for Agricultural Development (IFAD) and the UN World Food Programme (WFP).

In short, there are more feasible, effective –and human– solutions than building walls and adopting expensive, often-inefficient “security” measures to halt the growing massive forced displacement of the poorest.