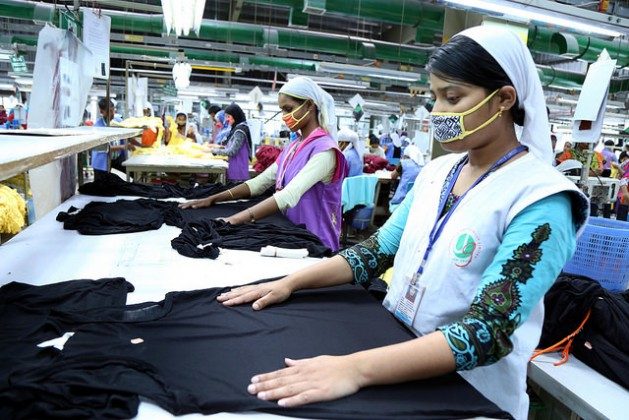 ROME/NEW DELHI, Sep 22 2017 (IPS) - Investing in youth and the population dividend, women’s health, sustainable development objectives, and the key role of parliamentarians to promote transparency, accountability and good governance to achieve the 2030 Agenda on Sustainable Development topped the agenda of a two-day conference of Asian and African lawmakers in New Delhi last week.

Of course, these are not easy challenges. But according to the discussions of a representative group of around 50 legislators and experts from the two most populous continents, parliamentarians – as representatives of the stakeholders themselves – must be the “fourth pillar” to promote the 2030 Agenda, along with government, private enterprises, and civil society.

"If our countries can work together, our distinctive attributes can make a meaningful contribution to achieving sustainable development.” --Teruhiko Mashiko, Vice-Chair of the Japan Parliamentarians Federation for Population

“It is not just simply a question of adopting particular legislation and budgetary measures,” said Teruhiko Mashiko, Vice-Chair of the Japan Parliamentarians Federation for Population (JPFP), in his keynote speech.

“Equally vital will be possession of an overarching vision and the conduct of oversight to ensure that the work is being implemented properly. Promoting the global partnerships that have been discussed to date will also be crucial. That is precisely the role that parliamentarians in every country are to fulfill. It is furthermore a role to be fulfilled by parliamentarians both within regions, and between regions.

“Given the law and tax system reforms that will be needed if we are to achieve the SDGs, parliamentarians will have an extremely big role to play,” Mashiko stressed.

Jointly organised by the Japan-based Asian Population and Development Association (APDA) — which is the Secretariat of the JPFP — and the Indian Association of Parliamentarians on Population and Development (IAPPD), the conference approached what has been considered as the key challenge: the linkage between population issues, in particular youth, and the global sustainable development agenda, also known as the SDGs.

However, despite these apparently moderate youth unemployment rates, young people remain nearly four times more likely to be unemployed than their adult counterparts, and as much as 5.4 times in South-East Asia (over four times in Southern Asia).

This region also faces a big gender gap. In South Asia, low female participation (19.9 per cent) is estimated to be nearly 40 percentage points lower than among youth males (53 per cent). And this gender gap in labour force participation rates has been widening over the last decade in South Asia.

“Building societies where every person can live with dignity － this is the essential principle of our parliamentarians’ activities,” Mashiko said.

“One of the principles of the SDGs is that ‘no-one is left behind’. From that perspective, ensuring equality of opportunity to young people, despite their differences in birth and wealth, has a definite meaning. So to that end, ensuring education and employment opportunities ought to be treated as priority issues.”

Growing populations across the world are the biggest hurdle in the path of equitable development, said India’s Union Minister of Minority Affairs Mukhtar Abbas Naqvi, adding that in order to achieve the SDGs, it is of “utmost importance” for all the countries to take care of their populations.

He stressed that there is a need for large-scale awareness on population issues, and that increasing population has created problems around the entire world regarding sustainable development, employment opportunities and health services.

Ena Singh, the India Representative of the United Nations Population Fund (UNFPA), said that his country, India, has registered a rapid decline in fertility rates since its Independence and that currently the average fertility rate is 2.2 children, with the challenge now to bring down the total fertility rate to 2.1.

For her part, Marie Rose Nguini Effa, MP from Cameroon and President of the Africa Parliamentary Forum on Population Development, emphasised the Forum’s readiness to work with APDA to promote investment in youth, “which is critical to Africa’s development and the 2030 agenda for sustainable development.”

New Delhi’s meeting is the latest of a series of dedicated Parliamentarian conferences focusing on the inter-linkages between population issues and the 2030 Agenda, examining ways in which both developed and developing countries as equal partners serve to be the driving force to address population issues and achieve sustainable development.

According to the meetings of Parliamentarians organisers, the fundamental underlying concept is that addressing population issues is imperative to attain universal health coverage (UHC), turning the youth bulge into a demographic dividend, achieving food security, promoting regional stability, and building economically viable societies where no one is left behind.

Bigger than the Whole African Population

“India is the world’s largest democracy and home to 1.3 billion people, which is bigger than the whole African population. Being a highly diverse country with a multitude of cultures, languages and ethnicities, India now enjoys one of the fastest economic growth rates,” according to the organisers.

The country’s serious investment in young people is the driving force behind such growth; the pool of well-educated, skilled young people is making the country an IT capital, they said, adding that the Indian economy also has a great influence on the African continent, especially East Africa, due to long-standing historical, cultural and commercial connections between them.

“Furthermore, with its longstanding history of democracy, the power and role of the Parliament of India is well-established and fully exercised, and its democratic system has contributed to promoting unity of diversity and national development.”

Given that addressing population issues calls for an approach to help people to make free and informed RH choices, parliamentarians as representatives of the people have a crucial role to play in this regard as well, they conclude.

Lawmakers from the Asia and Arab region had gathered last July at a meeting in Amman under the theme “From Youth Bulge to Demographic Dividend: Toward Regional Development and Achievement of the SDGs.”.

Similarly, parliamentarians from selected countries are invited to Japan to visit facilities in areas such as population and development, health and medical care.

Through exchanges between lawmakers from Japan and other countries, the programme aims to strengthen cooperation and promote parliamentarians’ engagement in the field of population and development.

“Japan is embracing its aging society, where individuals in every age group are finding uses for their particular skills and attributes, and is planning to build a vibrant society which makes the maximum use of what its older citizens can offer and helping to achieve sustainable development, which is what humanity should be striving for,” Mashiko concluded.

“This may possibly apply equally everywhere throughout the world. Given their population structure and social systems, the situation in the countries from Africa, the Arab world and Asia represented at this conference will be very, very different. However, the very presence of such differences means that if our countries can work together, our distinctive attributes can make a meaningful contribution to achieving sustainable development.”

*With inputs by an IPS correspondent in India.