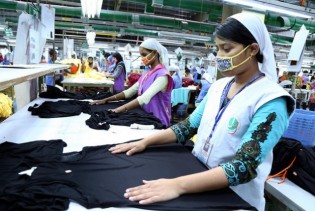 By Miriam Gathigah
Lupita Nyong’o’s Oscar victory for her supporting performance in the critically acclaimed film “12 Years a Slave” has raised hopes of a much-needed boost to Kenya’s fledgling entertainment industry.

Austerity is Dismantling the European Dream

By Roberto Savio
The European Union (EU) has asked its citizens to brace for further economic misery. In a report on European economic prospects released on May 3, the European Commission said that further deterioration is expected to last at least until 2015. But, as every such report says, things will then get better.

By Inés Benítez
“They wanted to hire me, and that was something that hadn’t ever happened to me before,” says Marta Seror, a 25-year-old college graduate from Spain who is now working in an outsourcing company in Poland.

By Catherine Wilson
With youth populations growing faster than jobs in the Pacific Islands, young women, who are also confronting social pressures to conform to traditional gender roles, account for the highest rates of unemployment in most countries.
Next Page »
ADVERTISEMENT ADVERTISEMENT