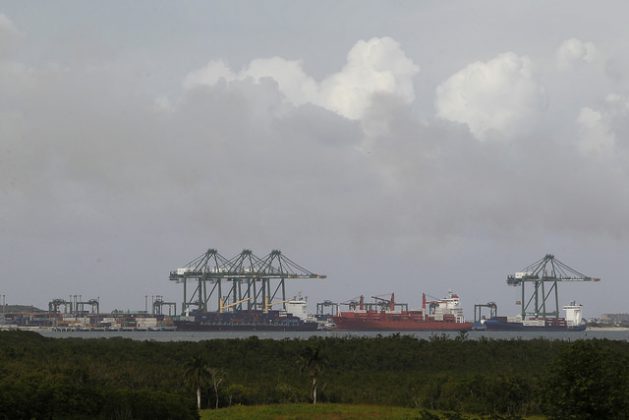 Docks at the container terminal of the Mariel Special Development Zone, designed to attract investments to Cuba, in spite of the restrictions imposed this month by the United States on businesses dealing with this development and logistics zone. Credit: Jorge Luis Baños / IPS

HAVANA, Nov 25 2017 (IPS) - “Maybe many of us thought that this project was a dream six years ago, but not anymore. The geography has completely changed, because of everything that has been built and the investments that have been approved,” said Nathaly Suárez, director of Construction Management at the Mariel Special Development Zone (ZEDM).

The container terminal already has operations with 14 major international shipping companies and progress has been made in infocommunications, an aqueduct, sewerage, power grids, public lighting, bridges and railway stations, among other works made available to investors.

The ZEDM was born with the support of Brazil, which financed the container terminal with more than 800 million dollars. So far the Zone has 29 km of roads, as well as a double track railway line and overpasses that speed up the transportation of goods.

Activities have not slowed down in this strategic economic centre located about 45 km west of Havana, a few days after it was included by Washington in a list of entities banned for any economic relationship with American companies and travelers.

Suárez, a 31-year-old civil engineer, does not understand why in the 21st century, instead of promoting relations between countries, U.S. President Donald Trump is trying to close the door to trade and investment in Cuba, “a country that is doing everything in favour of its development.”

The young woman belongs to the generations born under the U.S. economic embargo against Cuba. “I’ve lived my whole life under these prohibitions, which prevent my country from buying even medicines from the U.S.,” she told IPS shortly before participating in an exchange with Latin American trade unionists on Nov. 13. 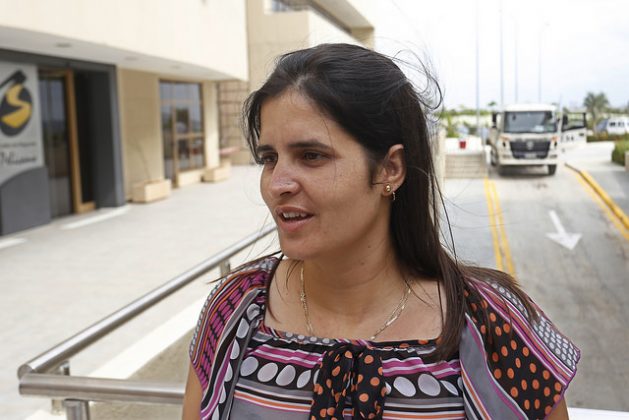 The meeting was held at the Pelicano business centre, one of the facilities built by the Construction and Assembly Company of Mariel, where Suárez has under her charge over 100 professionals. With more than 4,500 workers, this firm is responsible for satisfying the demand for construction services in the area.

The ZEDM and its container terminal are among some 180 Cuban entities subject to the restrictions announced on Nov. 8 by Washington, imposed on the grounds that they are related to Cuba’s ministries of the Revolutionary Armed Forces and the Interior.

A megaproject for the region

With an area of 465.4 square kilometers -subdivided into nine sectors to be developed in stages-, the Mariel Special Development Zone aims to be a regional example of attracting foreign capital for the production of goods and services of high added value.

Its geographical location in the centre of the Caribbean region and the Americas, in the junction of the north-south/ east-west axis, puts it in the centre of a circumference of over 1,600 kilometers, where the main routes of the maritime traffic in goods in the Western Hemisphere are located.

“It is early to say whether or not these regulations have an impact. Here we have not stopped working,” said Suarez.

“We have made progress (in the works of the ZEDM) and we will take the necessary measures to continue moving ahead. What are we going to do? We’re not going to say that publicly,” said engineer José Ignacio Galindo, director of Planning and Development of the ZEDM, referring to the strengthening of the US embargo.

Galindo said that the construction of the ZEDM is currently at a launch stage, focused on completing the basic infrastructure and ancillary facilities. “We are working in sector A, which covers some 42 kilometers, although we are also working on roads and other works outside that area. After this come the stages of consolidation and maturity,” he said.

“We know what we want to do. The conclusion of each phase depends on the possibilities and investments available,” he told IPS.

Meanwhile, progress is being made in attracting and accepting businesses, as well as in the investment process for them to begin producing.

During the Havana International Fair, held Oct. 30 to Nov. 3, Teresa Igarza, general director of the ZEDM office, reported that so far 31 businesses have been approved or are already operating in the Zone. 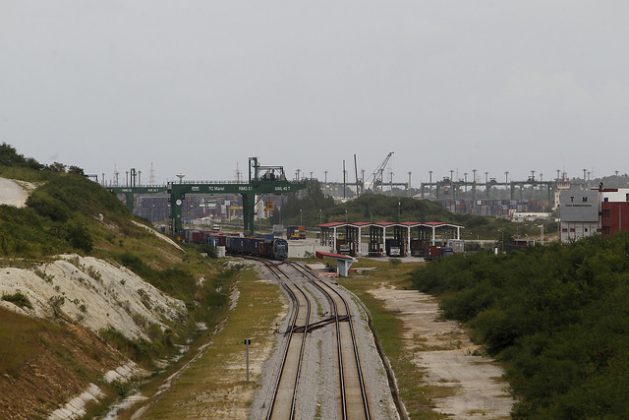 The railway line that transports containers from and to the Mariel Special Development Zone, in the western province of Artemisa, 45 km from the Cuban capital. Credit: Jorge Luis Baños / IPS

The investments have come from 14 countries, including Cuba, from Latin America and North America, Europe and Asia. Of the businesses, five are based on 100 percent Cuban capital, 15 are totally foreign, eight are mixed ventures and two are international economic associations. Among the new companies approved is one from the United States, the first from that country to set up shop in the ZEDM.

Rimco Caribe LLC (Puerto Rico) expects to begin operating in the Zone in 2018 as a distributor in Cuba of the US corporation Caterpillar, a manufacturer of construction machinery and mining equipment, diesel engines and industrial gas turbines.

Economist Omar Everleny Pérez Villanueva told IPS that the new restrictions announced by the U.S. are blocking US companies from presenting investment projects in the ZEDM, but those initiatives already approved by Cuba before Jun. 16 would be exempt from penalties.

The new ban complements the memorandum signed by Trump that establishes a policy change towards Cuba, with exceptions to allow travel on commercial airlines and cruise ships, as well as commercial activity authorised up to that moment.

Since the approval of a new law on foreign investment in 2014, more foreign capital has been flowing into Cuba, both within and outside of the ZEDM, although authorities in the sector admit that the results achieved so far are still insufficient for the country’s development needs. 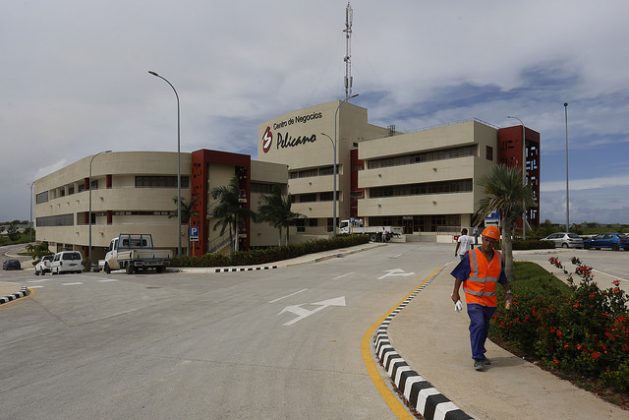 Authorities and experts agree that attracting investment flows to the country is a gradual process in which “modest” progress has been made. This is not only due to the U.S. embargo, but also because of delays in the process of negotiation and approval of investments.

However, during an investment forum held in early November, Minister of Foreign Trade and Foreign Investment Rodrigo Malmierca said that this year 30 new projects had been approved for a total of more than two billion dollars in investment.

When Law 118 on Foreign Investment was approved, Malmierca pointed out that the country needed an inflow of some 2.5 billion dollars a year of foreign capital to ensure the growth of the economy.

The new legislation and other official documents propose increasing and diversifying foreign investment as a source of development.

A portfolio of new investment opportunities presented in early November includes up to 50 projects, in sectors such as the pharmaceutical industry, biotechnology, logistics, agribusiness, construction, transport and real estate.