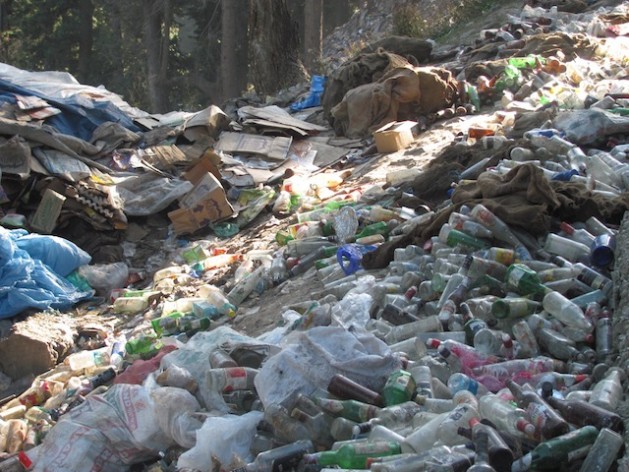 More than 480 billion plastic bottles were sold in the world in 2016, in 2018 we can expect international cooperation to reduce the use of plastic and how to treat plastic waste. Credit: Athar Parvaiz/IPS

PENANG, Malaysia, Jan 2 2018 (IPS) - Another new year has dawned, and on a world facing serious disruption on many fronts.  What are the trends and issues to watch out for in 2018?

One obvious answer is to anticipate how Donald Trump, the most unorthodox of American Presidents, will continue to upset the world order.  But more about that later.

Just as importantly as politics, we are now in the midst of several social and environmental trends that have important long-lasting effects.  Some are on the verge of reaching a tipping point, where a long-term trend produces critical and sometimes irreversible events. We may see some of that in 2018.

Who would have expected that 2017 would end with such an upsurge of the movement against sexual harassment? Like a tidal wave it swept away famous or important persons from their posts, including Hollywood producer Harvey Weinstein, film star Kevin Spacey, TV talk-show host Charlie Rose, US Senator Al Franken, and UK Minister Michael Fallon.

The #MeToo movement took years to gather steam, with the 1991 Anita Hill testimony against then US Supreme Court nominee Clarence Thomas being a trailblazer.  It paved the way over many years for other women to speak up until the tipping point was reached last year. In 2018, expect the momentum to continue and in more countries. 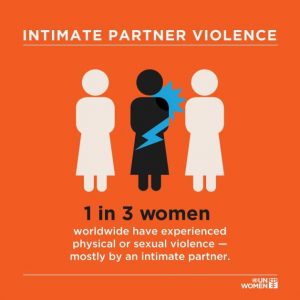 Another issue that has been brewing is the rapid growth and effects of digital technology.  Those enjoying the benefits of the smartphone, Google search, Whatsapp, Uber and on-line shopping usually sing its praises and wonder what life would be like without them.

But the “Fourth Industrial Revolution” is like Dr Jekyll and Mr Hyde.  It has many benefits such as more convenience and choice for consumers and higher efficiency and reduced costs for businesses.  But it also has serious downsides, and the debate is now picking up.

First, automation with artificial intelligence can make many jobs redundant.  Uber displaced taxis, and has now booked thousands of driver-less cars which will soon displace its army of drivers.

The global alarm over job losses was sounded a few years ago and is gathering speed.  Scholarly studies warn that as many as half of jobs or work tasks in industries including electronics, automobiles and textiles, and professional services such as accountancy, law and healthcare, will be replaced by robots within one or two decades.

New country-based estimates are being produced. An estimated 44% of jobs in the United Kingdom could feasibly be automated, equating to 13.7 million people who together earn about 290 billion pounds sterling, according to a 28 December 2017 article in The Guardian (London), citing a new study by the UK  think tank IPPR.

In Malaysia, 54% of jobs is at high risk of being displaced by technology in the next 20 years according to a 2017 study by government-owned think-tank Khazanah Research Institute, citing a International Labour Office report.

The global alarm over job losses was sounded a few years ago and is gathering speed. Scholarly studies warn that as many as half of jobs or work tasks in industries including electronics, automobiles and textiles, and professional services such as accountancy, law and healthcare, will be replaced by robots within one or two decades.

Second is a recent chorus of warnings, including by some of digital technology’s creators, that addiction and frequent use of the smartphone are making humans less intelligent (as time and interest traditionally used to acquire broad and in-depth knowledge is now replaced by the narrow skills and short span attention required by social media) and socially deficient (as relations through social media replace direct human relationships).

Third is the loss of privacy, as personal data obtained from our internet use is collected by tech companies like Facebook and Google and sold to advertisers.  The companies have the data on personal details and preferences of millions or even billions of individuals which can be used for commercial, and possibly non-commercial, purposes.

Fourth is the threat of cyber-fraud, other cyber-crimes and cyber-warfare as data from hacked devices can be used to damage computers and websites; empty bank accounts; steal information from governments and companies;  send out false information; and engage in high-tech warfare.

Fifth is the worsening of inequality and the digital divide as those countries and people with little access to digital devices will be left behind or even lose their livelihoods.  The internet can be used by big companies or tech-savvy small and medium sized firms to establish growing markets for their products, which is one of the major attractions of the digital economy.

But firms, individual entrepreneurs and the self-employed that cannot adapt or keep pace with the new internet technologies, or that operate in places that do not even have access to the internet, are unable to take advantage of internet marketing and are also at increasing risk of their business being taken over by the big wave of on-line shopping.

The developing countries will be most badly hit by the inequities of the digital revolution; except for a few, they have much less capacity to gain.  Even in developed countries, the digital revolution will widen the rich-poor gap.  According to the IPPR study, low-paid job-related roles are in greatest danger as automation threatens jobs generating wages worth 290 billion pounds.

The usual response to these points is that people and governments must be prepared to take advantage of the benefits of the digital revolution and offset  the ill effects.  Suggestions include that laid-off workers should be retrained, companies be taught to use e-commerce, and a tax can be imposed on using robots (an idea supported by Microsoft founder Bill Gates).

But the technologies are moving ahead faster than policy makers’ capacity to understand or keep track of them, let alone come up with policies and regulations.

Expect this debate to move from conference rooms to the public arena in 2018, as more technologies are introduced and more effects become evident.

In 2018, the environmental crisis will continue to attract great public concern. On climate change, scientists frustrated by the lack of action, will continue to raise the alarm that the situation is far worse than earlier predicted.

In fact the tipping point may well be reached already.   On 20 December, the United Nations stated that the Arctic has been forever changed by rapidly warming climate.  The Arctic continued in 2017 to warm at double the rate of the global temperature increase, resulting in loss of sea ice, and other effects.  “The Arctic shows no sign of returning to the reliably frozen region it was decades ago,” said the Arctic Report Card authored by 85 scientists.

The Arctic phenomenon is only one of the signs of accelerating global warming.  Last year saw many extreme weather events including hurricanes, tropical storms, wild fires and drought which climate change likely exacerbated; and 2015-2017 have been the three warmest years on record.

The target of limiting global temperature rise to 2 degrees Celsius above pre-industrial levels, a benchmark just two years ago by the IPCC (the UN’s climate change scientific panel) and the Paris Agreement, now seems out of date and a new target of 1.5 degrees will be considered in 2018.

But it is much harder to meet this new target than the existing one, especially since the rise in average global temperature has already passed the 1 degree level.    Will political leaders and the public rise to the challenge, or will this coming year see a wider disconnect between what scientists say needs to be done, and a lack of response, and what will be the impact of the bad example of the US under President Trump?

And will the developing countries get the financial resources and technologies needed by them to take climate action, as pledged as commitments by the developed countries?

Air pollution has now gained recognition as one of the world’s top killers.  With urban smog proliferating worldwide, including in the two big capital cities of New Delhi and Beijing, a tipping point may have been reached in public consciousness of its threat to human life and health. In 2018, there should be a big jump in policy measures to tackle this danger.

Plastic pollution in the world’s seas and oceans has also reached alarming proportions with the head of the UN environment programme Erik Solheim describing it as “Armageddon in the making” and predicting there will be the same weight of plastic as fish in the seas by 2050 if this continues.

Last year there was a lot of publicity given to this problem, including estimates there were 480 billion plastic bottles in the world in 2016, and we can expect international cooperation to reduce the use of plastic and how to treat plastic waste.

Another issue reaching tipping point is the continuing rise of antibiotic resistance, with bacteria mutating to render antibiotics increasingly ineffective to treat many diseases.   There are global and national efforts to contain this crisis, but these are only beginning in most countries, and far from adequate. Yet there is little time left to act before millions die from once-treatable ailments.

Finally, back to President Trump.  Since he showed last year that his style and policies are disrupting the domestic and global order, and he does seem to  care but even thrives on this, we can expect more of the same or even more shocking pronouncements and measures from him in 2018.

The opposition to his policies from foreign countries will mean little to him. But Trump has many enemies domestically who consider him a threat to the American system.   So long as the Republicans control both houses in the US Congress, the President may feel his position is secure.  But this may change if he commits what is perceived by his Party as a major blunder, or if the Democrats capture enough seats in the mid-term Congressional elections in November.

At this moment, it looks unlikely that a tipping point will be reached regarding Trump’s presidency and we will probably still be discussing what new policies he will unleash, this time next year.  But in politics today, as in other areas, nothing can be really reliably predicted.