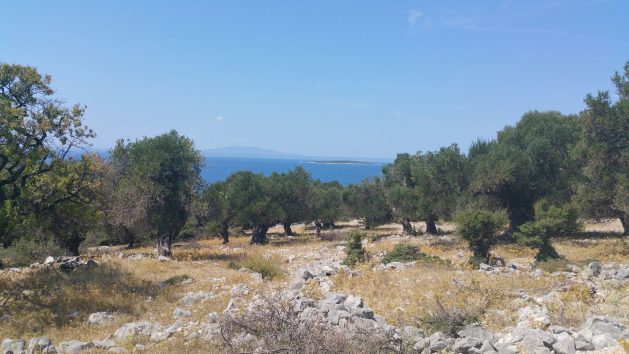 This summer Europe has had to contend with record temperatures, drought, and destructive storms caused by heat and wildfires as forests in turn are left parched.

It has also, though, seen a spike in cases of the West Nile Virus – which by early September had claimed 71 lives – and the dramatic spread of the potentially lethal vibrio bacteria in an exceptionally warm Baltic Sea. The West Nile Virus is a viral infection spread by mosquitos and can cause neurological disease and death. Various species of vibrio bacteria cause Vibriosis, which can sometimes lead to deadly skin infections or gastrointestinal disease.

“We need to think about preventing health problems by dealing with the causes of climate change itself.” -- Anne Stauffer, Health and Environment Alliance (HEAL).

And there have been warnings that global warming has increased the risk of tick-borne diseases on the continent and that the geographical range of mosquitoes, which can transmit diseases like dengue, chikungunya, and Zika, is also expanding.

While disease experts are keen to stress that climate change is just one factor involved in the greater incidence of tropical diseases in Europe – increasing global travel, unplanned urbanisation and others factors are also involved – they do, however, agree that changes to temperature, rainfall and humidity make it easier for mosquitoes and other vectors to spread, survive and pass on infections.

Meanwhile, the incidences of vibrio infections – which can cause lethal illnesses in some people with compromised immune systems – reported in the Baltic Sea this year do appear to be directly linked to higher temperatures.

Jan Semenza, acting head of Section Scientific Assessment at the European Centre for Disease Prevention and Control (ECDC), told IPS: “The warming of the Baltic Sea is clearly related to global climate change and the increase in sea surface temperatures there is linked to [the increase in] vibrio bacteria.

“There seems to be a link with a warming climate and vibrio infections in the Baltic Sea.”

He added: “Climate change projections for sea surface temperature ….. indicate a marked upward trend during the summer months and an increase in the relative risk of  these infections in the coming decades.”

Anne Stauffer, director of Strategy at the non-profit Health and Environment Alliance (HEAL) group which addresses the effects of climate change on human health, told IPS: “In terms of public awareness this summer’s heatwave has really made people see that climate change is happening in Europe and that we are facing threats.

“In previous years people thought about the effects of climate change only in terms of what’s happened in Africa and other places, not Europe, but now they see that Europe is affected and that Europe is facing challenges.”

But while public awareness of the health threats of climate change in Europe has improved over the last decade, it is still lacking, she says.

Experts on tropical diseases agree that in some countries, people are, perhaps understandably, ignorant of even the presence of certain diseases in Europe.

Rachel Lowe, an assistant professor at the London School of Hygiene and Tropical Medicine, told IPS: “It would probably not occur to a lot of people in, say the [United Kingdom], to think about West Nile Virus when they go to Romania.”

Indeed, some tropical diseases have been present in Europe for many years, but confined to very southerly latitudes, while ticks, some of which can carry lyme disease (results in flu-like symptoms and a rash) and encephalitis (inflammation of the brain through an infection), are present in many parts of the continent.

But this year has seen a rise in cases of tick-borne encephalitis in central and southern Europe.

But with temperatures rising, that could change in the future. Cases of West Nile Virus, which have been reported in some parts of Europe for many years now, were much higher this year than in recent years and were seen much earlier than previously. This has been put down, in large part, to higher temperatures earlier in the year.

At the same time, there has been a documented expansion in the range of disease-carrying ticks in recent years to more northerly latitudes and higher elevations. Hot summers and mild winters have also been reported to be linked, along with other factors, to high incidence of tick-borne disease in certain parts of central and northern Europe.

A spokesman for the World Health Organization (WHO) told IPS: “Increases in temperatures in Europe might allow the establishment of tropical and semitropical vector species, permitting transmission of diseases in areas where low temperatures have hitherto prevented their over-wintering.”

Facing this potential threat, the WHO’s European Region Office has devoted increasing attention over recent years to what it says is the “emerging challenge of vector-borne diseases”.

It has developed a regional framework for surveillance and control of mosquitoes and recommends involving a mix of action, including, among others, political commitment supported with adequate financial resources as well as community engagement for both personal protection against insect bites and vector control activities.

But experts say that general awareness of the presence and threat of tropical diseases in Europe needs to be raised, especially as climate change models see similar long, hot summers as well as milder winters becoming more common across the continent in future and countries could suddenly face outbreaks of diseases they have not had to deal with in the past.

The WHO spokesperson told IPS: “Due to globalisation, increasing volume and pace of travel and trade and weather patterns, vector-borne disease may spread to new areas, thus affecting new populations never exposed to them before.

“In these areas, low general awareness about diseases such as West Nile Virus, dengue or chikungunya among the public and both human and animal health professionals might challenge early detection of cases.”

It is not just public awareness, though, which will help Europe deal with the health threats posed by a changing climate. Whether, for example, mosquito-borne disease outbreaks, would be successfully contained, would depend on a number of factors. “This would include factors such as surveillance of mosquito spread, mosquito control as well as general public awareness,” Lowe told IPS.

The WHO told IPS that public health advice needs to be communicated to people for self-protection and while authorities need to make sure mosquito breeding sites are drained so that they do not become breeding grounds for mosquitos while doctors need to be regularly trained to recognise diseases which were uncommon in Europe.

But what some other experts suggest is, rather than trying to deal with outbreaks of diseases, governments should be working to halt climate change and prevent disease outbreaks happening in the first place.

Stauffer told IPS: “There are still unknowns with regards to the health threats potentially posed by climate change and we do not know how they will play out… but the lesson learnt from this summer is that we need to strengthen efforts to tackle climate change – not just adapting healthcare to cope with a warmer climate but also acting to reduce emissions.

“We need to think about preventing health problems by dealing with the causes of climate change itself.”