This article is part of a series on the current state of civil society organisations (CSOs), which was the focus of International Civil Society Week (ICSW), sponsored by CIVICUS, and concluded in Belgrade, April 12

Helen Kidan is an Eritrean human rights activist and founding member of Horn Human Rights and Network of Eritrean Women. 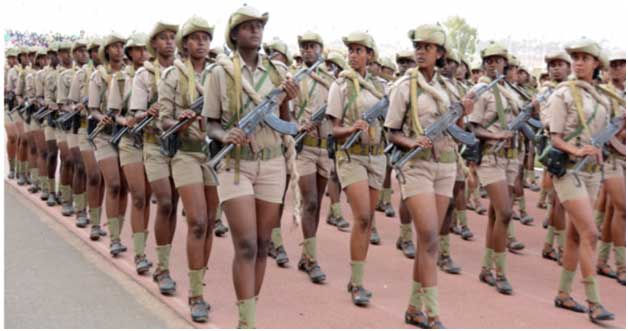 LONDON, Apr 15 2019 (IPS) - As the first anniversary of the swearing on Ethiopia’s Prime Minster Abiy Ahmed rolled around last week, Ethiopians – and observers worldwide – marvelled at the pace and scale of radical reform he has brought to the formerly repressed country in the past year.

Abiy has released hundreds of political prisoners, overturned or revised repressive laws and allowed countless political exiles to return, among a number of changes.

But perhaps, one of the most significant moves for the region, has been his ending of the decades-long armed conflict with neighbouring Eritrea with the initiation of a historic peace deal.

The two countries have begun restoring diplomatic relations as part of that peace process. Abiy’s acclaimed reforms have served to brighten the spotlight of criticism on Eritrea for its notoriously brutal repression of citizens’ fundamental freedoms and dissent, which has prompted hundreds of thousands to flee their homeland.

And Eritrea’s long-running crackdown continues to have a particular cost for Eritrean women. While Abiy Ahmed has won wide praise for his appointment of a record number of women cabinet ministers along with Africa’s only female head of state, women in Eritrea struggle to reconcile the gender disparity they face since their own struggle for independence.

There was a time in the country’s history when the role of women occupied a higher status than it does now. Eritrean women played a crucial role during their country’s 30-year war of independence from Ethiopia. They comprised a third of Eritrea’s fighting force and were active across all levels of the military.

But their recruitment to the army’s ranks alongside men had far less to do gender equality than for the need for able-bodied soldiers. Whilst many women found greater gender equality on the war fronts, the cultural gender inequalities persisted.

In these circumstances, they became masculinised. They played the roles of freedom fighters as well as mothers, wives and daughters, and this is what distinguished them from their male comrades.

After independence, when combatants returned to their families, these war hardened fighters were ostracised, looked at as unfeminine and not marriage material.

Many marriages that women fighters had entered into during the war were rejected by their families and many were forced to separate from their husbands. The collapse of their marriages and their stigmatisation had a detrimental effect on them, leading to depression and even suicide.

Whatever rights female combatants gained on the frontline before independence, were slowly eroded after. They received no support for post-war rehabilitation and reintegration back to civilian life where they had to care for their families. With the objective achieved, the government expected them to go home and fit back in.

Many had spent their entire youth on the front in the 30-year war and found it very difficult to adapt to civilian life and earn a living without employable skills.

The two-year border military conflict with Ethiopia that erupted in 1998 led to increased repression inside Eritrea. The war and growing state restrictions impacted all Eritreans but women had it especially hard.

This war and the independence struggle bore a heavy human cost. By official accounts, at least 19,000 Eritrean soldiers were killed in the border conflict. As a result, some 53% of households are headed by women, who in many cases, raised children without fathers.

The many men that were disappeared by the state for expressing dissent also contributed to this hardship. The state’s clampdown on dissent and fundamental freedoms, hurt families and communities and more women were targeted.

Young Eritrean women also suffered and continue to suffer in the military camps – Eritrea has maintained a policy of compulsory conscription – and in detention centres, where they face all forms of gender-based violence.

Since the government has barred any independent NGOs from operating inside Eritrea, it is extremely difficult for women to get the support they need. Existing laws do not help women and as government officials are often responsible for these abuses, most cases go unreported.

Eritrea’s notorious repressive state policies have caused people to flee their homeland en mass as asylum seekers. According to the United Nations’ International Organisation for Migration (IOM), Eritreans comprise the ninth largest refugee group in the world, with almost half a million displaced across numerous countries.

When Eritrean girls and women become refugees in neighbouring countries, many are abused by traffickers, raped and tortured and go on to suffer further human rights abuses.

But at home, they face a blatant gender bias that has increasingly taken root since the independence struggle. The current peace process with Ethiopia is a clear example: there was not a single woman in the high-level delegation that Eritrea sent to Ethiopia for landmark peace talks in June last year.

This illustrates the extent to which women have disappeared from the social, economic and political scene of Eritrean society. There cannot be effective peace if half the population is not allowed to participate in the process at a political and governmental level – not as mere tokens but as effectual politicians, negotiators and mediators.

Eritrean women need to be part of any peace process if it is to be sustainable and ensuring that women have the skills to negotiate for their interests is key in this respect. This will not only have an impact for Eritrean women or Eritrea but also for the region.

The other aspect that holds women back is the fact that they are educationally disadvantaged and economically marginalised and cannot compete for leadership positions. Moreover, they lack the confidence and skills needed to compete meaningfully in the workplace.

The last 27 years have really left women side-lined, with no voice and representation and inactive at the grassroots. But many are prepared to change that.

The Network of Eritrean Women (NEW) is an independent organisation established in the Eritrean diaspora with the aim of empowering women and fighting all forms of discrimination. NEW works with different Eritrean women’s groups across Europe and has members in Africa, the United States and the Middle East.

Women’s empowerment is crucial to ensure their voices are heard and needs met. In the face of repression, it is imperative that a space is opened for the feminist perspective in Eritrea and for women to be engaged in the dynamics of their society.