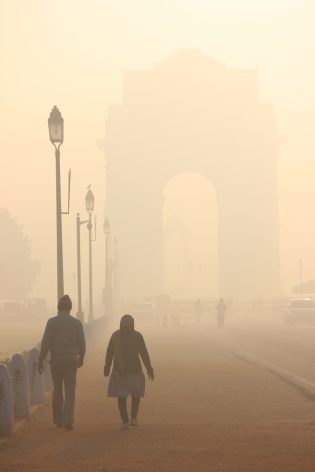 A view of India Gate, a war memorial located in New Delhi, covered by a thick layer of smog. Credit: Malav Goswami/IPS

NEW DELHI , Nov 19 2019 (IPS) - Ankita Gupta, a housewife from south Delhi, is anxious about whether she should send her 4-year-old daughter to kindergarten. Outside visibility is poor as smog — a combination of emissions from factories, vehicle exhausts, coal plants and chemicals reacting with sunlight — has settled over the city, surpassing dangerous levels.

Gupta knows that sending her daughter to school is akin to forcefully taking her inside a chemical factory and filling the toddler’s lungs with toxic and lethal smoke.

“Why should I endanger her life by letting her travel through the roads, which are infested with the toxic air? Everything comes later. It is her health which for me is supreme,” she told IPS.

Last week, New Delhi, India’s capital with a population of 11 million, shut down schools for the second time in two weeks, 17 flights were diverted and several delayed due to poor visibility and construction across the city was halted as the Air Quality Index (AQI) measured 447. The AQI works on a scale of 0 to 500, where 0 measures good air quality and 500 measures hazardous.

Children at risk from high levels of air pollution

Gupta is not the lone parent here who has been plunged into anxiety by the city’s worsening air quality.

Last week, Kumar’s 14-year-old daughter, Ruchi, returned home from school with chest pains and sudden breathlessness. Her family rushed her to hospital where they were told that the ongoing high pollution was a cause of Ruchi’s illness. According to the World Health Organisation (WHO), air pollution is linked to cases of pneumonia, stroke and ischaemic heart disease (characterised by reduced blood supply to the heart). 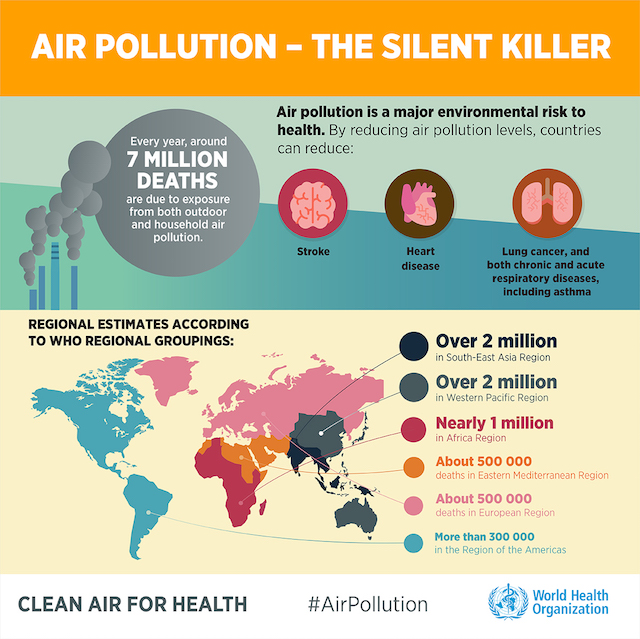 Ruchi was admitted to hospital for two days.

“I even fret to imagine what if something bad had happened to my daughter. This toxic smoke is killing us all silently,” Kumar told IPS.

According to Sanjeev Verma, an environmental activist, air pollution in Delhi is becoming a silent killer, brutally murdering newborns, pregnant women and the elderly.

“Various studies have revealed that air pollution in Delhi is responsible for approximately 10,000 to 30,000 annual deaths. It is more than the people getting killed by the terror attacks on the country evert year. We are in a dire need to take drastic measures to put lid over the crises or else, the situation will turn catastrophic very very soon,” Verma told IPS.

“Take more breaks and do less intense activities. Asthmatics, keep medicine ready if symptoms of coughing or shortness of breath occur. Heart patients, see doctor, if get palpitations, shortness of breath, or unusual fatigue,” it said.

Too many private cars on the roads

But the heart of the pollution problem lies with the city’s overburdened roads, according to Samiya Noor, a research scholar in environment studies. Noor told IPS that the lakhs of public and private vehicles driving on Delhi roads every day contribute to nearly 72 percent of the city’s worsening air quality.

According to a 2019 economic survey, there are more than 10 million vehicles on the city’s roads very day, emitting toxic gases that play a major factor in worsening the air quality of country’s capital.

There has also been an 18.35 percent increase in industries operational  in Delhi in the last decade.

“In many of the industries, installed air pollution control devices are found in idle conditions which lead to the emission of pollutants directly into the atmosphere without any filtration. Construction of short chimneys also restricts the polluting gases from escaping into the upper layers of the atmosphere. This all, in unison, is wreaking havoc,” Noor said. 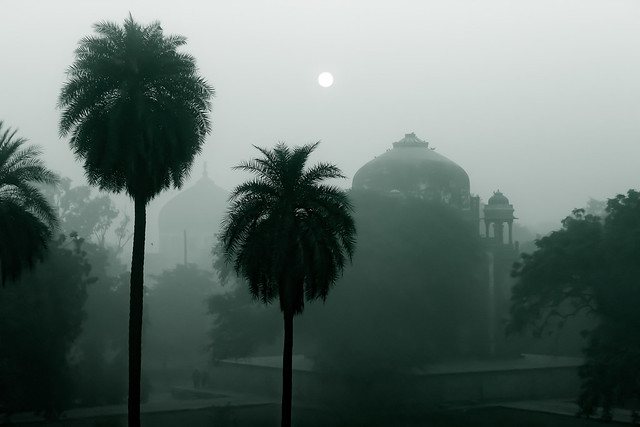 A government response but is it enough?

This July, India formally joined the Climate and Clean Air Coalition (CCAC), becoming the 65th country to join the partnership. The announcement underlined the country’s commitment to combat air pollution with a solutions-oriented approach.

India also announced that it will work with coalition countries to adopt cleaner energy producation and management practices to promote clean air.

The BBC also reported that municipal authorities were also “converting vehicles to cleaner fuel, restricting vehicle use at specific times, banning the use of polluting industrial fuel, prohibiting the entry of the dirtiest vehicles into the city and closing some power stations”.

But Rajesh Bhatia, a social activist based in New Delhi, said government efforts were not enough and the active participation of people is required to reduce the ongoing pollution in the county’s capital.

According to Bhatia, the use of public transport needs to be promoted and  an adequate number of feeder buses for Metro stations had to be provided.

“There have been various researchers who have shown how frequent checking of Pollution Under Control Certificates [a certificate issued after a test on a vehicle’s emission levels] needs to be undertaken by the civic authorities in order to ensure that vehicles are emitting gases within permissible norms. People need to be educated to switch-off their vehicles when waiting at traffic intersections,” Bhatia told IPS.

But as the country’s parliament convenes for the second day of its winter session in Delhi, pollution in the capital is expected to top the agenda.

Prakash Javadekar, Minister of Environment, Forest and Climate Change, told reporters outside parliament yesterday that the government was slowly switching to electric vehicles but urged people to use public transport rather than their private vehicles.

But for Sanjeev Sharma, a retired government school teacher, it is time to bid adieu to New Delhi — where he has lived for a quarter of a century.

Along with his ailing wife, who is suffering from chronic bronchitis, Sharma is moving to Bangalore a southern India state where his son is working as a network engineer.

Sharma told IPS that in the very beginning of November, his wife’s health began to deteriorate and suffocation became a constant complaint. “She is on constant oxygen support but the medicos attending attending her told us that her condition is only worsening instead of getting any better in spite of increasing the  daily drug dose,” Sharma told IPS.

While the capital is currently experiencing reduced levels of pollution, these are expected to rise dramatically by Thursday, according to SAFAR.

“Delhi is no longer a place to live during the winters. The air is getting thinker with toxic smoke with each passing day.

“Gone are the days when you used to find the place green and clean.”