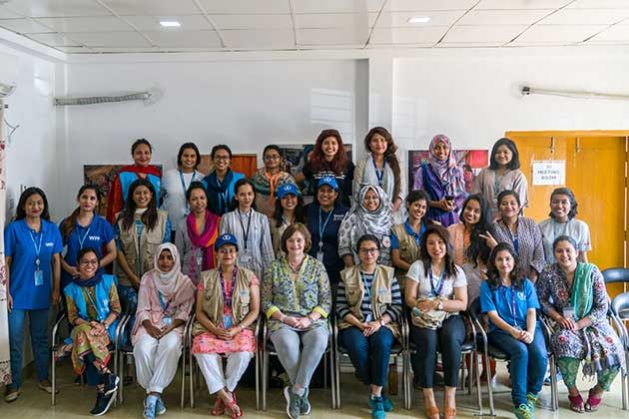 London, Cox’s Bazaar, Johannesburg, Jun 17 2020 (IPS) - The impact of COVID-19 lockdowns falls heavily on the shoulders of women even in the global north. Women take the brunt of housework and caretaking duties, homes schooling, working from home and perhaps looking after elderly parents, says Cherie Blair.

“Imagine you’re a woman in the Rohingya refugee camp (near Cox’s Bazar, Bangladesh). You left your own home with the few belongings you can grab and carry, and (are now) living in a crowded space,” she continues. “You can imagine how those difficulties compound.”

Blair, who is the chancellor at the Asian University for Women (AUW) and two graduates, Rimu Byadya and Tanzil Ferdous, were in an exclusive conversation with Inter Press Service (IPS). Blair, Byadya and Ferdous spoke about women, the Rohingya crisis and COVID-19. 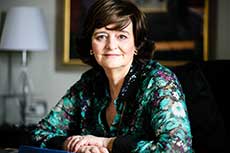 Byadya and Ferdous are on the frontline of humanitarian efforts assisting the more than 800 000 Rohingya refugees now living in camps in Bangladesh.

Byadya explains that COVID-19 brought both practical and profound changes to the community. On a practical level, the food assistance programme had to change. Before the pandemic refugees were given a WFP Assistance Card (which functions like a debit card) and could choose their food. Now it’s pre-packaged to meet their nutritional and daily energy needs. On a more profound level, it has created social and economic challenges for both the refugees and the host communities.

“The impact is felt significantly in the host community. I think part of the reason is women in the refugee community were most likely to be home because of their traditional norms,” Byadya says. “This traditional role continued even though the humanitarian community had encouraged the women to become actively involved in the broader community. The impact of the lockdowns had also increased risks of gender-based violence, which is often not physical violence but mental and economic pressure.”

“As we know, in Africa, for example, there have not been many deaths reported as in Europe and the US. But they have been affected by what has happened to the global economy,” she says. “The world knows about China’s pivotal role in the global supply chain. When China is locked down, the knock-on effects of that on the world’s economy are immense.”

Blair says there is much work to do COVID-19 has affected everybody. 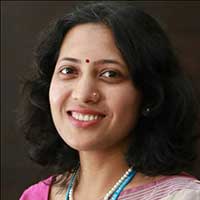 “Whether it’s the conditions in Cox’s Bazar that are made more difficult, or, or the garment factories in Bangladesh and Vietnam. Many of them have just had their contracts cancelled. They have garments piling up there which they can’t sell. They have had to lay off their workers. Businesses are going out of business. I mean the compound impact of that on the local, national and international economy is immense,” she says.

Blair sees the solution is for women to become advocates for the “fundamental human right of women to be able to participate equally in society.”

She points out the depressing results in the World Economic Forum’s Global Gender Gap Report 2020. These results indicated that in terms of economic opportunities, women were worse off in 2019 than they had been the previous year. The report suggested it would take 257 years before men and women get equality in this sphere.

“And part of that, I’m afraid, is about the impact of technology. And part of that is reflected in women being concentrated in low paid and part-time working (conditions).”

This fight for equity is a profoundly personal fight for Blair. When she was young – like Byadya and Ferdous are – she thought women had time to make the changes. Now with a granddaughter soon to be born – she says this child must have the same opportunities as her grandson.

Her foundation, the Cherie Blair Foundation for Women, is working toward the empowerment and mentoring of women in business – reaching out to businesswomen to give them the skills to survive and thrive post-COVID-19. 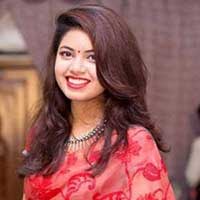 Ferdous, as a young intern, watched as hundreds of thousands of the mostly Muslim minority Rohingya fled a violent crackdown in neighbouring Myanmar. She sees a need for the international communities’ involvement in finding a solution to the refugee crisis.

She recalls the situation in 2017 where the refugees came in massive waves into Bangladesh.

“We were listening to the trauma of refugees. Many of them were victims of sexual violence, and I spoke their dialect, so did a lot of translation and transcribing. I listened to their stories of physical violence, sexual violence – of seeing their children killed in front of them,” Ferdous says.

The Bangladeshi people were welcoming, but with COVID-19, there is a growing fear of the refugee community – misplaced fear that it is from the refugee camps that the disease will spread.

The irony is that within a month of the International Court of Justice at The Hague’s ruling relating to the protection of the Rohingya people – the world’s attention turned from their plight to COVID-19 pandemic. However, for those in the frontlines of humanitarian efforts for refugees living near Cox’s Bazar, their concern for the Rohingya’s future is paramount.

“We have to give credit to Bangladesh, a small, but developing country itself welcomed the Rohingya. But that leads to tension in the local communities,” she says within a knock-on effect for the freedom of movement for the refugee community. Blair says that as a human rights lawyer, she is aware it would be a matter of law that the government of Myanmar would be required to report back to the court. So, the case isn’t going to go away. “There will be further interrogation of what’s happened.”

However, she acknowledged that these issues come up in the tide as news and then fall in the news agenda again.

“We have to raise our voices in whatever way we can,” she says.

Blair suggests that post-COVID-19 success lies in the development of leadership.

Returning to the AUW, she sees the development of young leaders – like Byadya and Ferdous – as a critical part of creating a success story for women and countries in Asia, like Bangladesh.

Blair said more than 40 women from the university were working in the humanitarian field in Bangladesh.

“I see the AUW a beacon on the hill, saying, spreading its light across the region and saying we value young women. Their education is an absolute priority if the world is going to meet the Sustainable Development Goals.”

The university, through its programmes, has created opportunities for some women in the Rohingya camps. It has reached women in the garment industries in Bangladesh. Moreover, it draws its students from a multitude of Asian countries and minorities groups.

“The whole idea of AUW is to come together to work together and add to the unique shared experience. The training that liberal arts give you to critically analyses your opinions and the opinions of others, engage in a dialogue so that they listen and learn from one another in the face of prejudice.

“I think it is very powerful and also obviously can be broadly applied at a time like this … when we should be working together to solve the crisis.”

Blair is optimistic about the post-COVID-19 era – no matter how bleak it may seem now.

Quoting Margaret Mead – Blair says: “Never underestimate the ability of a committed group of people to change the world. Mead said it’s the only thing that can (change the world).”

Rimu Byadya
Byadya graduated from AUW with a degree in Public Health and went on to receive a master’s in International Health and Tropical Medicine from the University of Oxford. Byadya now leads the Gender Unit of the World Food Programme’s Rohingya Response operations in Cox’s Bazar.

Tanzil Ferdous
Ferdous graduated from AUW with a degree in Economics and Development Studies. She is the first Bangladeshi to win the “Emerging Young Leaders Award” from the US State Department for her work in youth and community development and advancing women’s rights in Bangladesh. Ferdous now works as the Assistant Project Control Officer at the UN High Commissioner for Refugees, the UN Refugee Agency.