Several Indian rice-eating states have a diversity of heritage rice varieties rich in nutrition, flavour, taste and texture that have been grown for centuries. Pictured here are farmers with the Jeeraphool variety. Courtesy: Deepak Sharma

BHUBANESWAR, India, Jun 29 2021 (IPS) - Madhuri Roy left the famous Kamakhya temple in Guwahati, Assam. She had sought the goddess’s blessings for the safe delivery of her youngest daughter’s baby, which was due in a few weeks. Shanty shops lined the temple outside and Roy’s eyes fell on a stack of black rice packets. All through her daughter’s pregnancy she had craved her childhood favourite black rice pudding. But during the country’s COVID-19 lockdown Roy could not procure it even though Meghalaya, her Himalayan home state, grew it.

The temple shopkeeper informed Roy the rice had come from the Jorhat district of Assam, the gateway to India’s north-east. The four heritage rice varieties he stocked, which previously verged on extinction, were being revived by small groups of farmers, he said.

Several Indian rice-eating states have a diversity of local rice varieties rich in nutrition, flavour, taste and texture that have been grown for centuries. Some even come with pest-repelling properties. They were mostly cultivated using grandparents’ traditional know-how that cared foremost for soil health, which the elders knew must sustain future generations.

The Kola Joha or Black Husked Rice rich in nutrients such as protein, minerals that Roy bought for her pregnant daughter also contains the high levels of antioxidant that protects cells, tissues, and vital organs.

With high fibre and low sugar it is an aromatic winter-grown rice native to Assam that has been revived with three other varieties from an almost-lost status to being currently farmed by hundreds of smallholders.

Marketed since December 2020, traditional rice growers are now targeting the burgeoning health-conscious Indian middle and upper class as their clients.

Kola Joha was just one of 24 heritage rice varieties identified and selected, after nutritional profiling, for revival across Assam under the Native Basket brand by Guwahati-based NGO Foundation for Development Integration (FDI).

FDI’s initiative was recognised and adopted along with similar projects in seven other Indian States and the Union Territory of Ladakh by a project funded by the Global Environment Facility, which is supported by the UN Environment Programme (UNEP), and implemented by the Alliance of Bioversity International and the International Center for Tropical Agriculture (CIAT) and theIndian Council of Agricultural Research though the National Bureau of Plant Genetic Resources. The Alliance is part of CGIAR, a global research partnership for a food-secure future.

The project titled “Mainstreaming agricultural biodiversity conservation and utilisation in the agricultural sector to ensure ecosystem services and reduce vulnerability”, runs from 2017 till November 2022. It aims to address the sustainable development goals to achieve zero hunger, take action to combat climate change and protect, restore and promote sustainable use of land.

In fact, a report titled The UN Decade on Ecosystem Restoration 2021-2030 by UNEP and the Food and Agriculture Organisation of the UN (FAO), launched on June 3, highlights croplands ecosystem restoration as a number one priority.

It underscored “restoration must crucially involve the knowledge, experience and capacities of indigenous people and local communities to ensure restoration plans are implemented and sustained.” The UN Decade is building a strong, broad-based global movement to halt the degradation of ecosystems and ramp up restoration and put the world on track for a sustainable future. 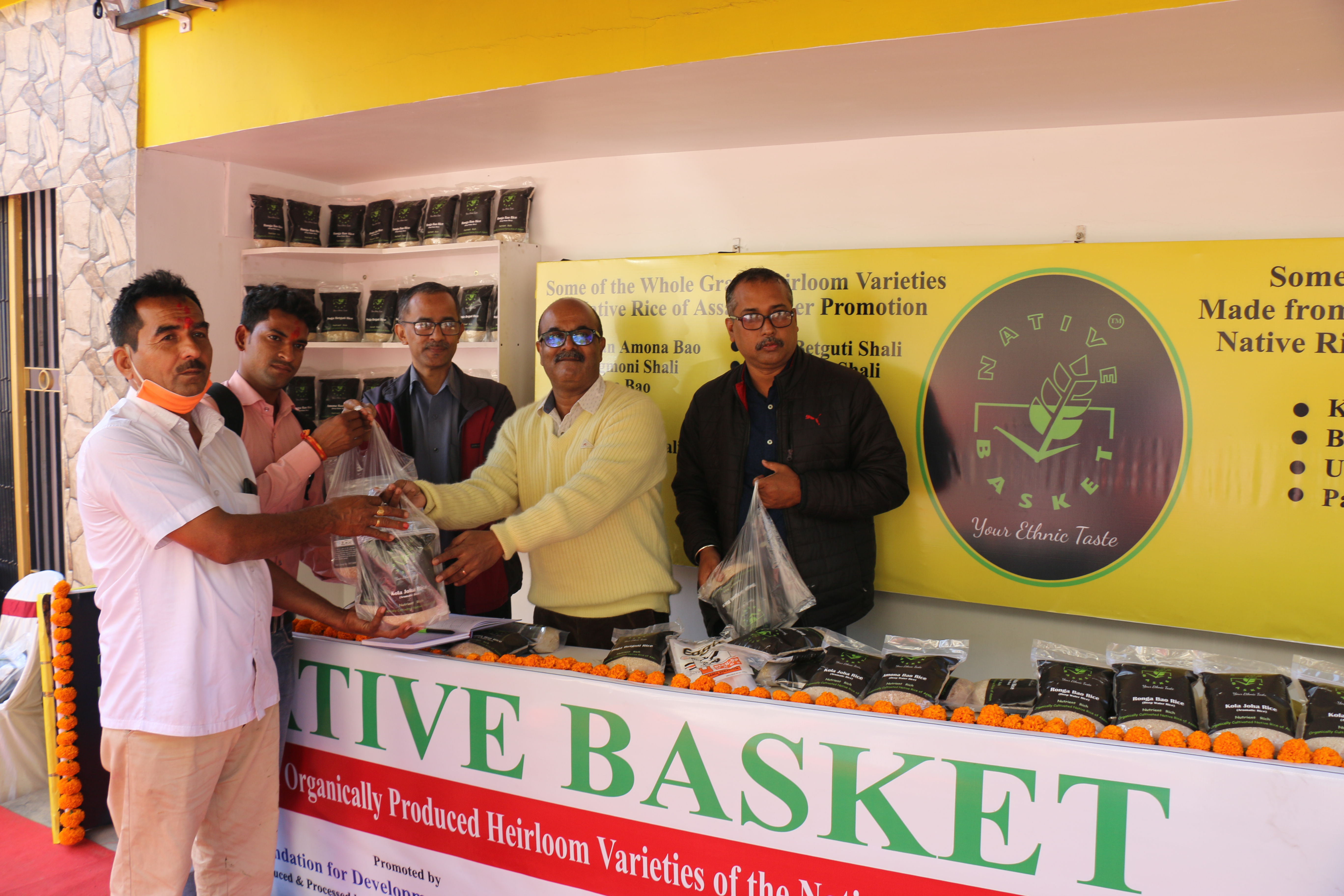 Even before Assam’s ancient rice genes were being tracked and revived, a group of 20 indigenous women farmers in Surguja district of Central-eastern Indian state Chhattisgarh realised the threats to the survival of their traditional rice variety called Jeeraphool, roughly translating to ‘Cumin-Flower’ taking its name from its petite cumin-shape and pleasant aroma.

It had survived — barely.

And only because it was a ritualistic necessity in festivals and temple offerings.

In 2005, the small group of tribal women formed a self-help group to protect and promote their heritage grain. As its popularity gradually increased in local markets, the number of group members grew.

After registering Jeeraphool with Plant Varieties and Farmers’ Rights Authority of India, the women’s collective then applied, with technical support provided by the Alliance, for a Geographical Indication tag (the Jeeraphool variety is primarily grown only in Surguja district).

It was approved in March 2019 for a period of 10 years. The heritage rice has now found its place on India’s food export list.

The women self-help groups are striding ahead with their success, linking up with companies and local-level government offices to produce and market alternate products from the rice. From 120 hectares and 180 tonnes of Jeeraphool grains in 2005 they have more than tripled cultivation to 400 hectares harvesting over 1,000 tonnes in 2020 in Surguja district. The agricultural heritage has traversed a long journey to victorious survival.

Besides promoting agrobiodiversity conservation, food and nutritional security, and climate resilience, the revival of local seeds has empowered Surguja’s women farmers as it reaffirms their position as repositories of traditional knowledge and has set an example for other indigenous women to fight for tenure rights over farmland they have used since their ancestors.

In Assam, under the Native Basket brand, farmers have learnt to not just grow their rice but to independently handle market linkages after the Alliance, ICAR-NBPGR and FDI aided in registering the brand’s intellectual property rights.

The small and marginal farmers have also organised into Farmer Producer Organisation.

Armed with a brand name, their everyday rice variety, which sells higher quantities, fetched 50 percent more at 1,550 rupees ($22) per quintal. Their aromatic rice brought in up to 20 percent higher. Over 2,000 farmer families are benefiting the whole gamut of activity from production to processing and sale.

In the eight different locations where the Alliance is working, 19 community seed banks currently conserve, maintain and provide farmers ready access to over 2,000 traditional varieties of different crops.

Prior to the1960s Green Revolution, which was initiated to address malnutrition in the Global South, India was home to an estimated more than 100,000 rice varieties. Most were lost when hybrid, high-yield, bio-engineered rice varieties were introduced. However, in some unknown inaccessible rural corners local rice have been conserved, planted year after year in tiny patches by smallholder custodian farmers for cultural and dietary preferences. These are being tracked and amplified. 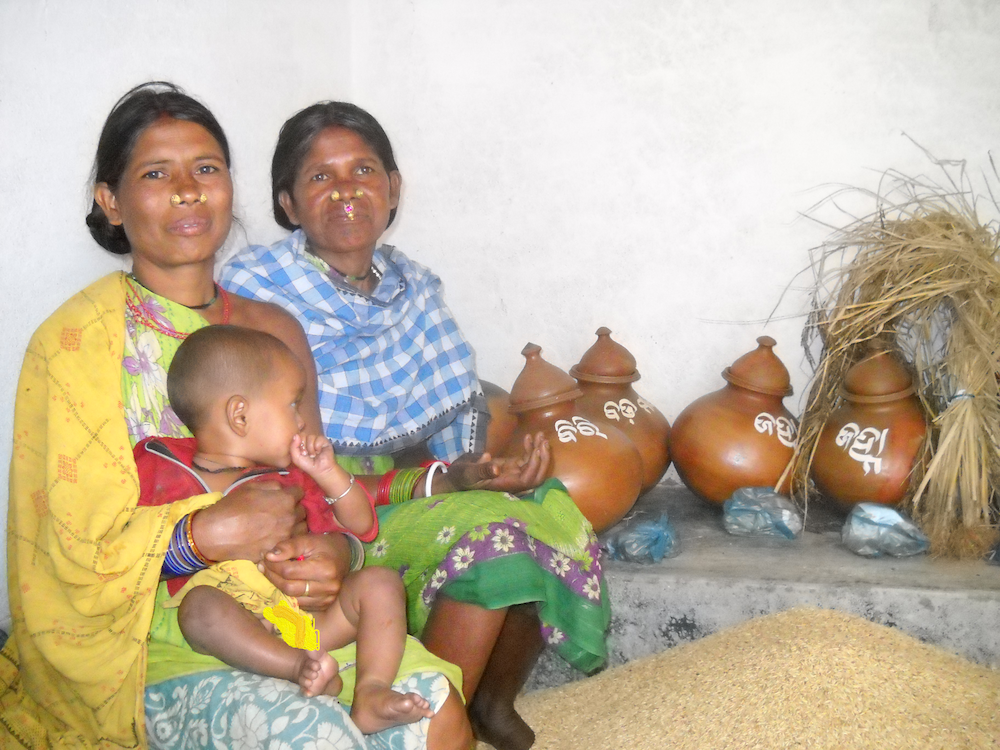 It’s not a smooth revival path, however.

“Policy is there but there is a conflict between enhancing production (that promote high yielding varieties and heavy use of fertilisers) and producing sustainably (which is what) traditional farming is. It promotes use of native seeds and organic fertilisers and pesticides. There are few institutional program with multi-stakeholders involving public-private and communities including NGOs,” Jai Rana, the India national coordinator of the UNEP- GEF project and a senior scientist at the Alliance of Bioversity International and the International Center for Tropical Agriculture (CIAT), told IPS.

On how the farming community can be incentivised to bring much more farmland under traditional crops Rana said, “better pricing of produce and assured marketing or buy back systems would work best. In initial stages a combination of subsidy in addition to marketing linkages would be necessary but thereafter getting a good market price would be key.”

Highlighting the importance of a sturdy financial mechanism for ecosystem restoration Eduardo Mansur, Director of FAO’s Environment, Climate and Biodiversity Office, said 20 percent of 4.5 billion hectares of agricultural land on the planet is severely degraded and could reduce food productivity by 12 percent. This, he said, was not because we do not know how to restore it, but because incentives had to motivate farmers to engage with sustainable soil practices.

Mansur was speaking at the virtual press briefing at the report launch of Becoming #GenerationRestoration: Ecosystem Restoration for People, Nature and Climate.

“Disincentives too need to be included in the mechanism for degradation that will penalise systems that are, maybe, lucrative but not in equilibrium with required sustainable use of natural resources,” Mansur said. 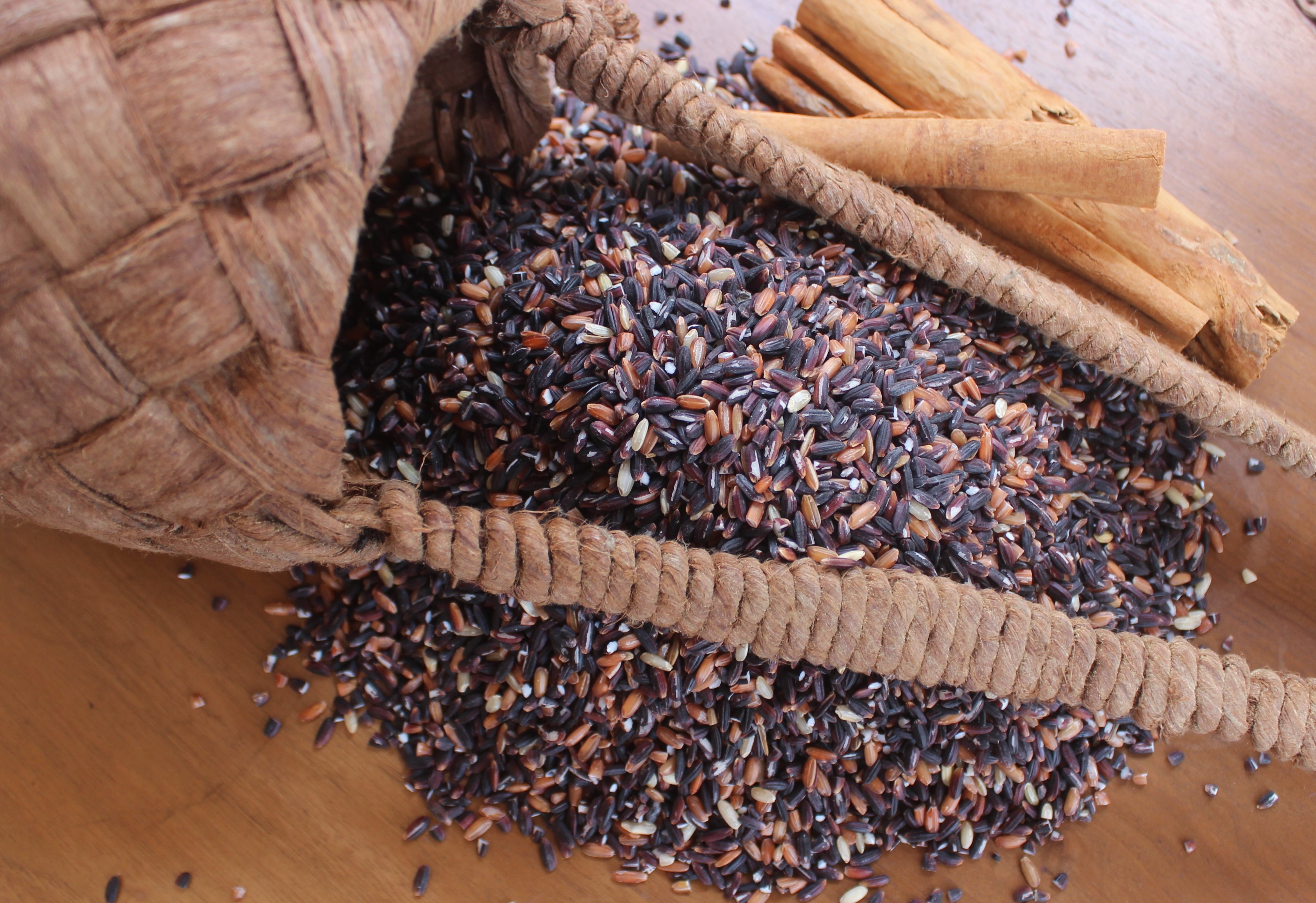 A rich source of protein, iron, fibre and antioxidants black rice works against cancer, diabetes and heart disease. In ancient China, black rice was considered so unique and nutritious that it was forbidden for all but royalty. Credit: Manipadma Jena/IPS