Mutant menace
The SARS-CoV-2 virus has been mutating as it replicates. Numerous replications in hundreds of millions of hosts have generated many variants. Some mutations are more resilient than others, and better able to overcome human defences.

Early data suggest the B.1.1.529 Omicron variant is more transmissible than others, including Delta, and possibly more resistant to existing treatments and vaccines. Health authorities the world over are concerned WHO’s latest ‘variant of concern’ may trigger a new wave of preventable infections and deaths.

Richer countries have taken more than half the first 7.5 billion vaccine doses. Rich countries have bought many – up to five – times their populations’ needs. Ten HICs will have more than 870 million excess doses by year’s end.

While some HICs have been shamed into pledging vaccine doses to LICs and lower middle-income countries (MICs), delivery has fallen well short of their modest promises. By late October, only about a tenth of the over 1.3 billion vaccine doses pledged had been delivered. 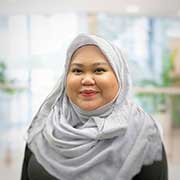 Most rich countries have ignored WHO appeals to suspend boosters until the rest of the world is vaccinated. Ex-UK premier Gordon Brown notes that for every vaccine reaching LICs, there are six times as many boosters in rich nations.

US President Biden’s September summit set an end-2021 target of 40% vaccination of the world’s 92 poorest countries, but at least 82 are unlikely to meet this target.

As Brown observed, although the US accounts for half the vaccines donated, it has only delivered a quarter of its pledge. Most other rich countries have delivered less than a fifth. Only China and New Zealand have given over half of what they promised.

Apartheid victims
With vaccines being hoarded by HICs, less than 3% of LIC populations are fully vaccinated. By late November, only 5.8% in LICs had at least one vaccine dose, compared to 54% of the world.

Most LICs do not even book via COVAX – the global programme to distribute vaccines – as they cannot afford to pay for them. Also, the programme has never secured enough vaccine doses since its inception.

COVAX was supposed to provide two billion doses by end-2021, but under 576 million were actually delivered by November. Also, the WHO appeal to G20 countries to give COVAX priority has gone largely unheeded.

With LICs unable to vaccinate their populations, the pandemic will go on for years. WHO now expects around 200 million more infections in the year from 21 October, with total deaths expected to double from the five million to date! Unsurprisingly, vaccine apartheid’s worst victims are in the LICs.

Profits block progress
The World Trade Organization (WTO) ministerial meetings – scheduled to start on 30 November – were expected to decide on the waiver proposal. With no resolution likely, the meeting has been postponed indefinitely, ostensibly due to Omicron.

First proposed in October 2020, it is now supported by well over a hundred of WTO’s 164 member states. The elaborated waiver proposal, co-sponsored by 63 countries, would allow others to more affordably make the means to fight the pandemic, without fear of intellectual property (IP) litigation.

But over 14 months later, the proposal remains blocked. Most European countries continue to oppose the waiver request to temporarily suspend IP rights protecting corporate monopolies on COVID-19 medical technologies and products for the pandemic’s duration.

As the pandemic increasingly infects and kills in poor countries, the public is being misled about the waiver proposal. It is dishonestly claimed that new vaccines cannot be developed without patent protection. Worse, all developing countries are falsely said to lack technical expertise to make vaccines.

Profits against people
LICs have received than one percent of all Pfizer-BioNTech vaccines and 0.2 percent of Moderna’s. Instead, the three have prioritized their most profitable contracts with rich governments, while paying lip service to poor countries.

Maximizing profits by blocking the waiver is effectively prolonging the pandemic. Instead of vaccinating those who have not yet had their first shot, they make much more by selling booster vaccinations to HICs.

Profitable catastrophe
The main barrier to vaccinating the world is profits. Clearly, the Omicron danger is due to the world’s failure to vaccinate billions of vulnerable people in developing countries. This catastrophe has been worsened by ongoing European opposition to their effort to suspend IP monopolies.

The 12 billion vaccines made in 2021 could have vaccinated the entire world, but clearly did not. Omicron is plainly due to corporations’ ability to profiteer from the pandemic, refuse to share knowledge and know-how, and bully governments into unfair contracts.

Nazihah Noor is a public health policy researcher. She holds a Master of Public Health and a BSc in Biomedical Science from Imperial College London, specializing in global health.