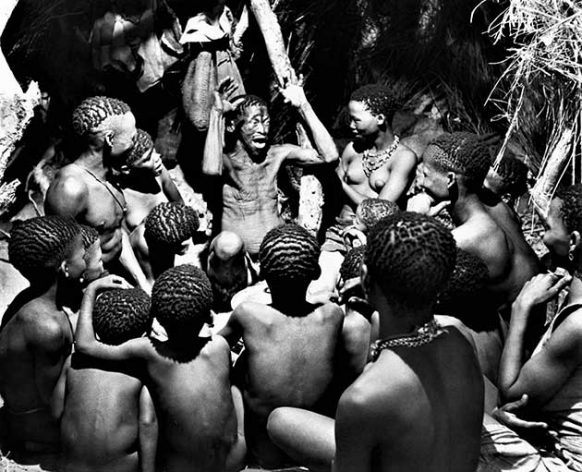 STOCKHOLM / ROME, Dec 3 2021 (IPS) - In these times of COVID isolation, social distance get on the nerves of several of us and the effects may be long-lasting, even endemic. Many schoolchildren have interacted and still meet with their teachers through computer networks, while the same phenomenon applies to their contact with others. Technical devices are with an ever-increasing scope becoming an integral part of all communication, teaching, and entertainment, in short – of social interaction. When it comes to education, given all the poor and even harmful educators we are forced to encounter during our lifetime, mechanization of education might be perceived as a step forward. Nevertheless, too much dependence on the internet might undoubtedly have its pitfalls; contributing to an abstraction of our existence where real adventures and life-changing encounters with other human beings become all the rarer. The world may be demystified, losing its wonder and magic.

A past closeness between storytellers and listeners is being forgotten and the spellbinding experience of listening to a good storyteller within a fascinating environment is something that many children currently are being denied. Even storytelling in the form of books and movies are becoming rarer, being replaced by video chats, podcasts, twitter and Instagram. Admittedly some video games offer a certain degree of excitement, imagination and storytelling, though most of them provide a one-way communication, which unfortunately is characterized by unbound commercialism, questionable role modeling, crude violence, nutty conspiracy theories and a glamourization of luxury and greed. Dependency on electronic “entertainment” may be even be more mind-numbing than that, for example by inducing its users to sit hour after hour trying to complete a meaningless puzzle, directing a ball through a maze, or ride a virtual motorbike across artificial hills and vales.

I came to think about this while remembering evenings I spent in isolated places. Some of the communities found there lacked electricity and within a circle lightened by a fire, or a kerosene lamp, with darkness around and the starry sky above, I had the pleasure listening to old women and men telling stories about their surroundings and way of life. Such places might by an outsider be perceived as confined and desolate, far as they are from the big city lights, crowds of strangers, stress, hustle and bustle. Nevertheless, locals may feel they are surrounded by strange creatures, by domains of powerful, spiritual forces. After days of hard work in fields and garden plots, or roaming through jungles and mountains in search of prey and food, families and friends gather on porches of ramshackle huts, or under a tree in the middle of the village, where stories are told about otherworldly inhabitants of mountains and jungles, deserts and oceans.

Narrators convey the vastness of another, though still present world, which occasionally may be manifested in what we are accustomed to call “reality”. Discrete and gentle spirits rise from springs, caves and streams to dance in the moonlight, or sinister forces sneak upon lonesome wanderers, whispering in their ears to lure them astray, to kill and devour them, or to take them away to graves and abodes of the dead, the realms of ghosts, monsters and demons.

Of course, as an educated, modern person you do not believe in those stories, but … among believers, in worlds which in spite of mundane worries seem to be alive with uncanny creatures and unknown mysteries, it may anyway be hard to remain unaffected. Old people tell us about their world and before they reminisce marvelous tales that once were told to them, they might look around and state:

“Listen to the dog howling out there in the dark. I tell you, that is no dog. Oh no, it is a human who has been turned into a dog, or maybe … a Loup Garou, a werewolf. The butterfly you saw in your room last night, that was no butterfly … it was your beloved who dreamt about you, far away in another land, while her dream turned her thoughts into a butterfly. The fireflies you see over there are no flies, they are souls of dead ancestors. All around us; up in the air, in the earth below us, in the springs and the trees are mysteries alive, creatures of the night and our dreams. All around us are living beings that are commonly unknown, most of us cannot see them, nor touch, nor understand them… at least not when we are awake. In our dreams, when our soul leaves our mind behind, when we in the spirit are visiting an unknown world, we might see and experience, but not understand the uncanny. What we believe to be our world is only a fraction of something else, something much, much bigger.”

Participating in such enchanted moments make us feel alive. Even if it all might be lore and illusion we feel amazingly present, the world comes closer. The realms conjured up by storytellers, the myths, legends, and fairy tales enchant and scare us in an engrossing manner. A child listening stories about and thus enters fantastic dimensions realizes how vast the world is, how it includes both fiction and reality.

A computer programmer might call this immensity the “Cyber World”, an astronomer the “Universe”, a biologist the “Biosphere”. These scientists are actually knowledgeable of only a fraction of human existence and the laws of nature governing it. Realizing this does not mean that you are a science denier. That you are not abhorred by flat earthers, anti-vaxxers, coronavirus truthers, literalists, chauvinists, misogynists and other zealots who do not believe in climate change, empathy, love and solidarity, but cling to unfounded myths and conspiracy theories as if they were the “plain truth”. People like that live in a bubble, a delusive environment in which they want others to join them. They assume they know the truth, while they actually defy reason.

In the16th and 17th centuries modern science developed in Europe A process during which a notion was created that might be described as a realization that the world is governed by natural laws and forces can be perceptible, even understandable and possibly controlled. All phenomena are part of nature and can thus be explained by natural causes. A conviction meaning that also human cognitive, social and moral phenomena are part of a comprehensible world where human and social problems can find solutions if supported by a cosmopolitan worldview that revere science and reason, eschews magic and the supernatural, while rejecting dogma and repressive authorities.

However it was far from being a unified movement. Many scientists defended the reality of supernatural phenomena, while skeptical humanists, inspired by ancient authors, mounted a critique not only of orthodox religion, magic and other forms of superstition, but also demonstrated their skepticism of hard-line “experts” who simplified human existence to a set of “natural laws”. Even if the religious heterodoxy of such men tarnished their reputation and postponed a general acceptance of anti-magical views, change came about. This “enlightening” revolution in human notions actually owed less to the scientific testing of magic notions, than to the growth of confidence in a stable world in which magic no longer had a place.

Since then, in almost every realm of human existence, progress has been breathtaking, principally by a scientific naturalism which has been used to solve problems, from engineering bridges and eradicating diseases, to extending life spans and establishing human rights. However, this does not have to mean that a” scientific thinking and approach” unilaterally ought to dominate all human reasoning and be allowed to despise, forbid and deny the right to make things up, to dream, fantasize, telling about and creating wonderful things. We have to make room for music, art and literature and allow ourselves and others to be entertained and stimulated by these human expressions. We need to provide depth and relief to our short life spans, our human existence.

These reflections emerged when I as a teacher experienced how art, music, philosophy, history, and comparative religion, as well as gymnastics and handicraft became limited or entirely disappeared from curricula. This was done in favour of more practical purpose-oriented subjects like math, physics, chemistry, business administration and computer science. Of course, these topics are essential for obtaining a solid education and be attractive for the labour market. However, humans do not live on bread alone, our brains are stimulated by inputs like art, music and entertainment. Humanities enrich human interaction and allow us to take part of the dreams, visions and fantasies of others. Let us not deny our children the pleasure of becoming familiar with storytelling; with fairy tales, fantasies, myths and legends, preferably told in communion with others and in harmony with our surrounding world. Not only within realms that is electronically created, but a real world consisting of tangible, impressionable and caring individuals.

The stimulus and pleasure of partaking in storytelling might learn us to look at and perceive human existence from several angles and thus develop into critical thinking individuals able to avoid falling into traps set by Pied Pipers who through the World Wide Web invoke narrow-mindedness, cold-heartedness, prejudices, and greed.