NEW DELHI, India, May 23 2022 (IPS) - The year 2019 was not just a time before the world saw the global pandemic, but also a time when the world saw mass political uprisings with women at the forefront. The MENA region in a way led this force, in Sudan women played as drivers of the revolution, protesting decades of corruption, socioeconomic grievances and gendered violence. Nubian queen became the symbol of the revolution in Sudan which finally saw the overthrow of the dictatorship in 2019.

In Lebanon, the revolution was called ‘feminist’, due to the participation of women in large numbers, who were “shaping the direction and character of the revolution.” The unwavering courage demonstrated by Lebanese women attracted multiple misinformation, serious sexual objectification, misogynist slurs and mocking on various media platforms. Not that it held the women back, they continued to be at the forefront creating history, as always.

In Syria, the wait has been long, it’s been a decade of the revolution and war, the Syrian feminist movement, despite the roadblocks, ongoing war, crisis and patriarchal norms has continued to become stronger and the women defining figures and symbols of the Syrian revolution. Women such as Razan Zaitouneh, Samira Al-Khalil, Mai Skaf, Fadwa Suleiman, are women who will be remembered for their bravery and courage through the Syrian revolution. A decade later, Syrian women continued to fight not just the remnants of the war, but the continued patriarchy in the country.

Feminist movements have always been challenged, not only because they are reclaiming their spaces and power, but also because ‘proximity to power’ threatens misogynists everywhere. Women, however, as seen through these revolutions, have challenged the very idea of dualism, and demonstrated their desire to stay, fight, and have their voices heard.

Sudanese Women in Media: ‘Press Freedom is my Right’

According to Reporters Without Borders (RSF), Sudan ranks 151 out of 180 countries in the RSF’s World Press Freedom index. “A military coup d’état on October 25, 2021, signaled a return to information control and censorship. Journalists are working in a worsening climate of violence; threats have intensified in recent years with the emergence of new militias and armed movements. Reporters are systematically attacked and insulted in demonstrations, by both the army and rapid-response forces. The government exploits the private lives of women journalists to intimidate them,” the report stated. 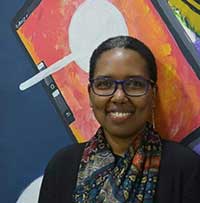 Roya Hassan, a podcaster and feminist writer from Sudan in an interview given to IPS News says, “Sudan is a very hard country for women Journalist, there is patriarchy, there is authoritarianism, even the community is very backward, so for us women journalists, as changemakers and feminists – producing knowledge, sharing knowledge, creating knowledge is a very important and valuable tool.”

Earlier this year, according to this report, three press bodies in Khartoum signed a press code of honour along with other documents for the Sudanese Journalists Syndicate demonstrating their efforts and commitment to restore the organization since the head of the Sudanese Sovereign Council, Lt. Gen. Abdel Fattah al-Burham, dissolved all the syndicates and professional unions. In 2019, the head of the Sudan’s journalist union was detained by the military, and Media watchdog RSF had recorded at least 100 cases of press freedom violations during the protests that finally led to al-Bashir’s overthrow in April that year.

“The government does not welcome people discussing human rights, feminist issues, political issues, I didn’t get hurt physically, but I know photographers who have been beaten up, jailed, tortured just for doing their jobs. I have been lucky, but it doesn’t make it any easier for any of us in this environment,” says Hassan.

The first revolution in Lebanon started on 17 October 2019, an incredibly important moment that was the culmination of years of activism. What followed these protests was an economic breakdown that dragged the country to the brink of becoming a failed state, COVID-19 pandemic, Beirut port explosion, and the current ongoing elections. Lebanon’s protest movement, which later became known as the October Revolution or the October 17th Uprising, saw women participating at an unprecedented level. 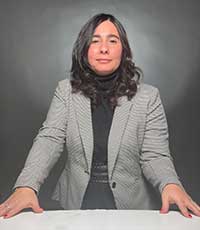 In an interview given to IPS, Alia Awada, feminist, activist and co-founder of No2ta – The Feminist Lab, said, “I think women and girls in our region deserve to be heard, but we also need to provide them with legal knowledge and understanding of how to deal with certain political issues, family laws, social-economic issues, and make decisions based on them.”

“I have been working on campaigns focusing on women’s rights, child rights and refugees, and other campaigns to fight domestic violence and sexual violence, to call for the rights of kids and everyone else”.

Lebanon ranks one of the lowest countries in the world on the Gender Gap Index, 140 out of 149, and its ranking in terms of women’s participation in the labour force is one of the lowest globally. Women protesters, activists and public figures have often faced serious sexual objectification, followed by massive online trolling against them.

Campaigning, Awada says has been very challenging in the country, “We need to do these campaigns to put pressure on the government, who are overlooking certain issues, like we did in Lebanon through the 522 campaign which was against Lebanese rape-marriage law.”

Through her work, Awada continues to “cook potions and experiments with formulas to shake the patriarchal status quo that has been weighing on the lives of women and girls for too long. “I want No2ta to be a safe space, a strong feminist lab, where we spread the knowledge and produce high quality feminist work that would influence social change and behavior towards of the public towards women,” Awada said.

Women in Syria: Empowerment and Resilience

After 10 years of humanitarian crisis, war and displacement, Syrians are still struggling to put food on the table, nearly one-third of all children are chronologically malnourished, and more than 6.5 million children need urgent assistance. The war brought one of the largest education crises in recent history, with a whole generation of Syrian children paying the price of conflict.

The United Nations Refugee Agency (UNHCR) has reported 13.4 million people need humanitarian and protection assistance in Syria, with 6.7 million internally displaced persons. “Millions of Syrians have been forced to flee their homes since 2011, seeking safety as refugees in Lebanon, Turkey, Jordan and beyond, or displaced inside Syria. With the devastating impact of the pandemic and increasing poverty, every day is an emergency for Syrians forced to flee. As the crisis continues, hope is fading,” the report said. 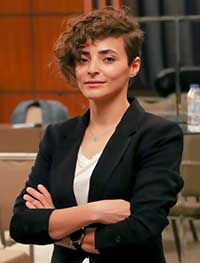 “Lots of efforts have been going on, from the political side, from the social side, from the emergency humanitarian community side, there are a lot of efforts being put in to find a solution that would give justice back to the Syrian people and refugees who have been suffering for the past 11 years,” says Rawan Kahwaji, co-executive manager and advocacy coordinator of DARB in an interview given to IPS.

“However, it is important to remember the role women play, not just in the Syrian society or political level, but also on a social level. Focusing on peace processes, we as NGOs must ensure there are spaces that will be inclusive of women, gender sensitive, we have ensured that when we talk about transitional justice, women and their perspective are included in those discussions, what justice means for a woman and how we can build a more gender sensitive Syria for the future,” says Kahwaji.

One of the big impacts of the war that were thrusted upon women was the role of the provider, which in turn became their source of empowerment, but not easily. According to this report, only 4 percent of Syrian families were headed by women before 2011. That figure has now become 22 percent. Severe economic crisis and not enough food for people to eat has been propelling women into looking for work, but the challenges of human rights faced by women in Syria, whether discriminatory laws, patriarchal culture, exclusionary politics of the regime, continue to a big barrier.

“As someone who has been through this refugee journey, being a refugee is challenging, being a woman refugee even more challenging. We have multiple issues and challenges that we have to face on a regular basis, whether it is legal, economic, social, work or simply places that are unsafe. If you are a widow or lost your partners, or you are the breadwinner of the family, there are difficulties in finding work, in a new country or community. Having no legal rights, or clear legal rights makes it more difficult,” says Kahwaji.

Syrian law abounds with many clauses that are discriminatory on a gender basis, be it law denying Syrian women right to grant citizenship to their children, personal status laws, property laws, the penal code and others. This legal discrimination is thus one of the most “prominent factors that has undermined, and continues to undermine, the status of women as active citizens in society, due to the forms of vulnerability that the law enshrines.”

Within Syria, women are underrepresented both in national government and local councils, because of security concerns, and conservative societal beliefs regarding women’s participation in public life. While efforts to increase women’s participation in peacebuilding and governance have made strides, but only at a local governance level, it still remains stunted overall. This report stated, nationally, women held only 13 percent of seats in parliament in 2016 in Syria, a proportion lower than both the global and regional averages.