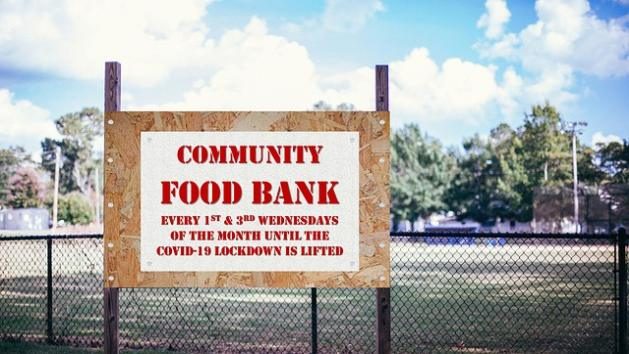 URBANA, Illinois, USA, Jun 15 2022 (IPS) - This September, the White House will convene a conference on Hunger, Nutrition, and Health. Leading up to the conference, the White House is organizing several virtual listening sessions across America to hear firsthand from people impacted by food insecurity and to collect ideas about how to end hunger and hunger-related diseases and disparities.

Hunger and food insecurity impact more than 38 million Americans. Black and Hispanic families and other minority groups including LGBTQ folks, consistently and disproportionally experience food insecurity compared with their white and straight counterparts particularly. Thus, this attention to the issue is long overdue.

African Americans still trail Whites in the overall use of the internet; 34% of Black adults do not have access to home broadband and 30.6% of Black households lack high-speed home internet. In addition, racial minorities and those with lower education levels and income are less likely to have broadband service at home

However, the strategy the White House is taking – hosting virtual listening sessions – is problematic in many ways. As much as they have good intentions, it may not yield the much-needed input necessary to accelerate progress and make significant policy changes to end hunger.

Instead, sadly, the White House hearings will likely only provide a small picture of the problem as it will be an effort the privileged are most able to join. Participating in these hearings necessitates that you have access to the Internet and you are aware of the listening sessions.

This likely means you are part of networks or have access to channels where the announcement was disseminated. Most importantly, joining the listening sessions is something that one must have the privilege of extra time to attend.

Unfortunately, Americans who are impacted hardest by food insecurity – the people President Joe Biden and Vice President Kamala Harris need to hear from – may not have one or all of these privileges. For instance, if we look at Internet access, according to Pew Research Center Report,

African Americans still trail Whites in the overall use of the internet; 34% of Black adults do not have access to home broadband and 30.6% of Black households lack high-speed home internet. In addition, racial minorities and those with lower education levels and income are less likely to have broadband service at home.

Moreover, according to Pew Research, 10 percent of Americans that do not use the internet live in rural areas– areas where food insecurity is prevalent. The major reason many Black families living in urban and rural communities do not have access to the privilege of having internet access is the cost.

Unsurprisingly, because of persistent racial inequities, African Americans and other minority groups that are most impacted by hunger may not have the privilege of time, since many have to work two or three jobs just to make ends meet.

Worse still, for many African Americans, despite working more every year, they hold much less wealth and experience higher rates of unemployment and have no tangible economic advancements.

Thus, rather than hold virtual listening sessions only to create a national plan on how to address hunger and food insecurity, the White House should consider adding other creative platforms to be more inclusive.

The most obvious one to implement is bringing the listening tours offline to the people in the communities and spaces where food security impacted people live in.

The easiest way to do this is to hold meetings and convening gatherings where people already go. As an example, the White House could convene in-person roundtable listening sessions at food banks across America, where according to Feeding America, close to 60 million Americans who are food insecure visit regularly.

Doing so would require the White House to partner with food banks and other organizations where people impacted by food security get food from.  Another prime location for listening sessions would be churches. Churches have an existing relationship with their participating members and can be used as a platform to solicit for stories and ideas.

These groups can create ways for additional feedback and ideas to be shared with the White House, and at the same time, the White House can use these community-trusted organizations to share additional updates on future White House efforts to end hunger. It’s a win -win.

Without a doubt, solving complex problems like hunger and food insecurity needs to be a united effort where everyone’s input, voice, and ideas are listened to and considered.

Achieving that necessitates that the White House considers other creative ways to solicit ideas and stories from those who have been impacted by hunger and food insecurity and to center the ideas they provide in the national plan outlining how America will end hunger. It is the right thing to do.