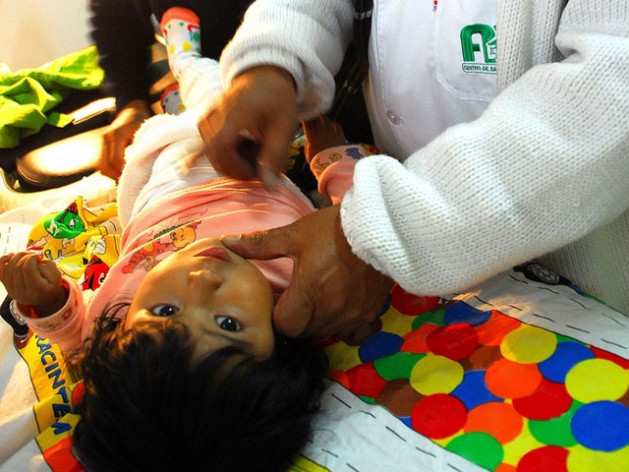 PORTLAND, USA, Sep 5 2022 (IPS) - The chances of a child dying before reaching age five years have dropped substantially worldwide during the recent past. However, a significant divide remains among countries as well as within regions in the chances of children dying. 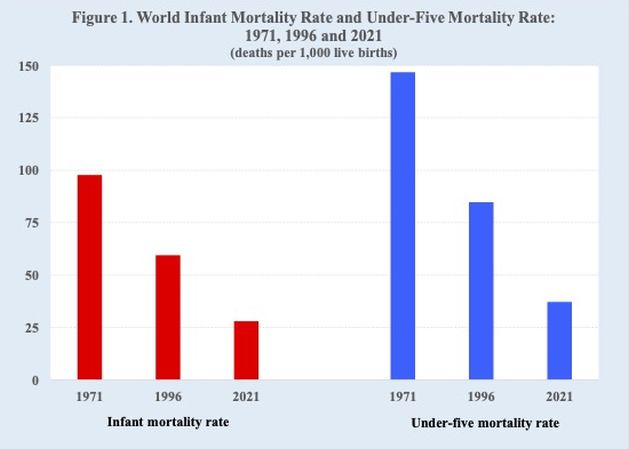 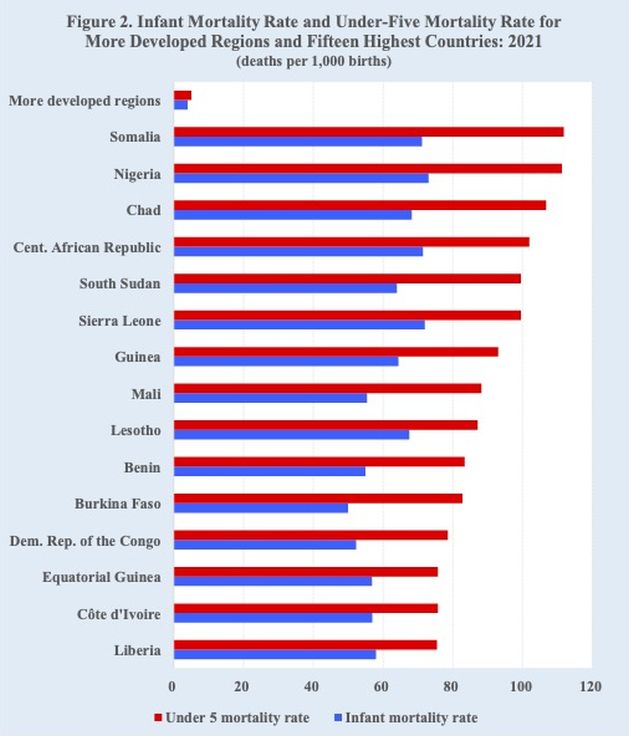 A similar pattern is clear for death rates of children under-five. The fifteen highest countries are again all in sub-Saharan Africa. They have under-five mortality rates that are at least fifteen times higher than those of the more developed regions. In addition, the rates of Somalia, Nigeria, Chad, and the Central African Republic are about twenty times higher than the levels of the more developed regions.

For the fifteen countries with the highest rates of child mortality, for example, female mortality between age 15 and 50 is at least four times higher than the level of the more developed regions. Moreover, in the Central African Republic, Chad, Lesotho, and Nigeria, female mortality between age 15 and 50 is more than seven times the level of more developed regions (Figure 3). 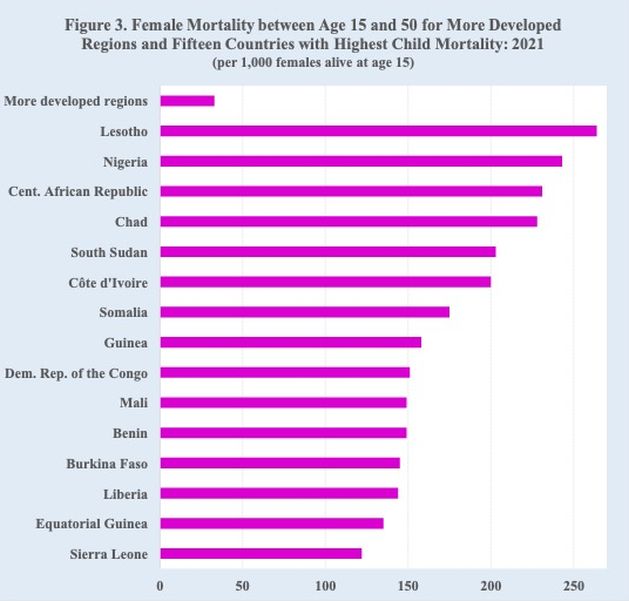 The situation for the fifteen countries with the highest levels of children dying are even more striking. The under-five mortality rates of those countries are expected to remain far greater than the desired goal by 2030. For example, the 2021 under-five mortality rates for Nigeria and Somalia of about 111 deaths per 1,000 births are projected to decline to approximately 100 by 2030, or four times the goal of SDG 3.

On a variety of developmental dimensions, the countries with high rates of children dying are doing comparatively poorly. Those countries have high levels of poverty, illiteracy, and malnourishment.

Furthermore, on various global indexes, such as the Fragile State Index, the Human Development Index, the Economic Freedom Index, and the Human Freedom Index, those sub-Saharan African countries are doing comparatively poorly, typically falling in the bottom tier. For example, on the Fragile State Index, the rankings of the fifteen high child mortality countries reflect low levels of economic and social development with high levels of political instability.

Moreover, high child mortality countries are facing increasing risks of climate change. Those countries are among the least able to adapt to its consequences, such as high temperatures, droughts, flooding, and extreme weather events. Also, the same countries generally lack the financial and institutional capacities to carry out adaptation programs.

It is certainly the case that child mortality levels worldwide have declined substantially over the past half century. However, despite those impressive declines, a significant divide in the level of children dying remains between the more developed regions and most sub-Saharan African countries and other countries with high child mortality rates.

The major measures needed to address the high levels of children dying are widely recognized, with most of those deaths being due to preventable or treatable causes. According to the World Health Organization, six solutions to the most preventable causes of under-five deaths are: skilled attendants for antenatal, birth, and postnatal care; immediate and exclusive breastfeeding; access to nutrition and micronutrients; improved access to water, sanitation, and hygiene; family knowledge of danger signs in a child’s health; and immunizations.

It is also widely recognized that the financial resources, political will, social stability, and health programs that are necessary to reduce the numbers of children dying are typically lacking or seriously inadequate.

Addressing the significant divide in the rates of children dying represents a major challenge for many developing countries as well as the international community of nations that can offer aid and assistance to those countries. While the challenge is formidable, it is essential to reduce the unacceptably high levels of children dying.

Joseph Chamie is a consulting demographer, a former director of the United Nations, and his latest book is: “Births, Deaths, Migrations and Other Important Population Matters.”