STOCKHOLM, Oct 26 2022 (IPS) - In his treatise On War, the Prussian general Carl von Clausewitz (1780–1831) stated that war is “merely a continuation of policy with other means”. With his experience from the Napoleonic Wars von Clausewitz knew that totalitarian regimes could end up conducting huge and ruthless military campaigns. Furthermore, he assumed that to win a war it is necessary to mobilize and indoctrinate the inhabitants of an entire nation. Such an endeavour is called total war, a term that actually can be applied to Putin’s war in Ukraine. 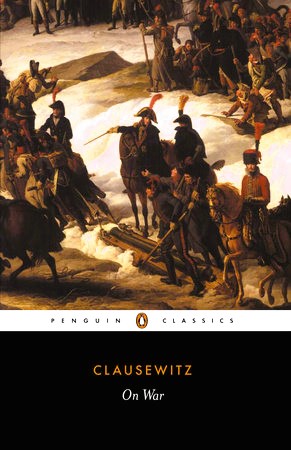 Putin came to power during the turbulent times following the collapse of the Soviet Empire. His image as a forceful personality convinced many that Putin could make Russia “safe for democracy and business”. In June 2000, Bill Clinton proclaimed that Putin was “fully capable of building a prosperous, strong Russia, while preserving freedom and pluralism and the rule of law.”

Soon business flourished, satisfying foreign investors eager to enjoy Russia’s vast deposits of natural riches. At the same time, fear of terrorism was boosted by explosions in heavily populated residential areas. Putin’s answer to these assumed terrorist threats was in accordance with von Clausewitz´s advice to use “force unsparingly, without reference to the quantity of bloodshed.” The pursuing escalation of the war in Chechnya, pinpointed as the origin of terrorism in Russia, made Putin a nationalist hero, while his characteristics as teetotaler, capable administrator, quick learner and talented actor made him assume the role of a Hollywood-inspired saviour/hero. He single-highhandedly flew planes and rode bare-chested through the wilderness surrounding Siberian rivers. Media lionised him as a rough and strong judo/black-belt champion capable of leading an entire, long suffering nation onto a straight path to prosperity.

Some worrisome signs were nevertheless written on the wall. In 2004, Putin declared the collapse of the Soviet Union as” the greatest geopolitical catastrophe of the twentieth century.” Meanwhile, his acolytes were amassing the spoils from the collapsed Soviet Empire. Putin supported and protected those oligarchs who backed him, while bankrolling his inner circle.

In Munich 2007, Putin bared his teeth and claws in a speech given at an international Security Conference. He declared that the US was a predatory nation prone to apply an ”almost unconstrained hyper-use of force – military force – in international relations [.-..] plunging the world into an abyss of conflicts.” This revelation was in 2008 followed by Russia´s military assault on neighbouring Georgia.

General elections were rigged, while some political opponents ended up dead, like Boris Nemtsov, who in 2015 was killed on a bridge close to the Kremlin. Alex Navalny, Putin’s most prominent and fearless opponent, was arrested and imprisoned for thirteen years. Out of jail, he was in 2020 poisoned on a flight to Siberia. Close to dying, he was brought to Germany for expert treatment. After recovering, Navalny went back to Russia, where he was immediately put on trial and imprisoned.

Non-compliant oligarchs were and are routinely harassed. First to be rounded up were those who controlled independent media, like Vladimir Gusinsky and Boris Berezovsky. Both fled the country. In 2013, Berezovsky died ”in suspicious circumstances”. Another oligarch, Mikhail Khodorkovsky, who had funded independent media, was already in October 2003 arrested on board his private jet and imprisoned for ten years.

Putin can now unopposed claim that the belligerent attack on Ukraine was necessary for protecting the Motherland. Subdued Russian media affirm that ruthless Ukrainian leaders have transformed their nation into a pawn in the cynical game of a Superpower intending to subjugate, or even annihilate, the Russian Federation.

It appears as if Putin is not only dedicated to make “Russia great again”. Another goal of his seems to be to enrich himself and his cronies. As a means to cover up his greed, Putin poses as upholder of “strict” morals, based on “pro-life” and traditional “family” values, as well as heroic patriotism and religious fundamentalism. Twenty years after coming to power Putin could declare: “The liberal idea has become obsolete. Liberals cannot simply dictate anything to anyone just like they have been attempting to do over recent decades.”

In spite of the Ukrainian war and his disrespect for human rights, Putin remains an icon for right-wing nationalists. A symbol of defiance to Western Liberal Establishment’s alleged encouragement of mass immigration and affinity to ”multiculturalism”, conceived as attempts to undermine morals and national identities.

As a counterweight to such assumed measures, backward looking politicians around the world pay homage to nostalgic notions, like a lost Great Chinese Tradition, a Russian Empire, Hindu pride before the arrival of Islam, a Global Britain, the Ottoman Empire, etc. This trend is occasionally joined with a global system where ruling elites consider themselves to be unrestrained by international norms, traditional modes of state governance, and democratic decision processes. Some world leaders try to pull the wool over the eyes of their followers by packaging their intents within populist opinions, like despise for political correctness, globalism, investigative journalism, LBTQ rights, feminism and environmental NGOs. A dangerous trend that, if unchecked, might as in the case of Putin´s Russia lead to socioeconomic conflicts degenerating into total war.

In the US, a strengthened adherence to illiberalism was fostered by Donald Trump. Under his watch US politics began to shift from rule-based order to one where might and wealth make right, a message boosted by media like Fox – and Breitbart News. Trump behaved like a wannabe despot, trying to apply authoritarian tactics at home, while paying homage to thugs and dictators abroad. Before him, US presidents had pledged their adherence to human rights, democracy, and freedom of speech. Nevertheless, their governments occasionally supported despots and dictators, not linking concerns for human rights to security, economy and financial affairs. A Realpolitik, which to “friendly” despots indicated that the US did not care so much about repression and corruption within the fiefdoms of their friends. Such behaviour was based on strategic reasons, while Donald Trump appeared to embrace authoritarians because he actually admired them – Dutete, Xi Jinping, Orbán, Erdoğan, Kim Jung-un, and not the least, Putin.

The former US president´s homage to ideas similar to those of Putin and his pose as a nationalistic superman might be connected with his obvious narcissism and appeal to nationalistic extremists. However, his senseless bragging is also combined with greed. A wealth of investigating reporting has demonstrated links between organized crime and corrupt rulers/oligarchs with the Trump Organization’s overseas business connections.

Money is also part of Russian foreign relations. Populist, chauvinistic parties like Italian Lega Nord (currently known as the Lega) and the French Front National (currently Rassemblement National) have received intellectual and economic support from Russia. This support to European political parties may be considered as a Russian effort to secure support for Putin’s policies abroad, as well as locally.

Germany’s former chancellor, Angela Merkel, a fluent Russian speaker far from being a friend of Putin, dismissed him as a leader using nineteenth-century means to solve twenty-first century problems. For sure, Putin’s attack on Ukraine mirrors age-old use of devastating warfare as a radical solution to complicated sociopolitical problems. It seems to be a stalwart application of the two-hundred-years-old advice provided by von Clausewitz:

Philanthropists may easily imagine there is a skillful method of disarming and overcoming an enemy without causing great bloodshed, and that this is the proper tendency of the Art of War. However plausible this may appear, still it is an error which must be extirpated; for in such dangerous things as war, the errors which proceed from a spirit of benevolence are just the worst. As the use of physical power to the utmost extent by no means excludes the co-operation of the intelligence, it follows that he who uses force unsparingly, without reference to the quantity of bloodshed, must obtain a superiority if his adversary does not act likewise. By such means the former dictates the law to the latter, and both proceed to extremities, to which the only limitations are those imposed by the amount of counteracting force on each side.

Putin´s Ukrainian war neglects human suffering and has now disintegrated into a bloody power struggle, where Russia “to the utmost extent” makes use of its military strength, while being supported by “the co-operation” of a propaganda striving to engage the entire Russian population in the war effort.

The Ukrainian war not only concerns the protection of Mother Russia from a “predatory West”, its ultimate goal is to control a hitherto sovereign nation’s politics and natural resources. Putin’s declared support to an allegedly discriminated Russian minority in Luhansk and Donetsk seems to be a subterfuge for grabbing an essential part of Ukraine’s economic resources.

During early 2000s, privatization of state industries yielded a so called Donbas Clan control of the economic and political power in the Donbas region. These oligarchs were supported by Kremlin and a rampant corruption soon took hold of an area dominated by heavy industry, such as coal mining (60 billion tonnes of coal are waiting to be extracted) and metallurgy.

Before Russia in 2014 backed separatist forces in a ferocious civil war, this particular area produced about 30 percent of Ukraine’s exports and a huge amount of gas reserves in the Dnieper-Donets basin was beginning to be extracted. In those days, the most prominent oligarchs in the Luhansk and Donetsk regions were Putin proteges – Rinat Akhmetov and Viktor Yanukovych, the latter had become Ukraine’s President, though his attachment to Russia and conspicuous corruption led to his fall through the Maidan Uprising in 2013, starting point for Ukraine’s transformation into a prosperous nation.

The Maidan Revolution caused a wave of insecurity sweeping through the former Soviet Empire, shaking up corrupt “counterfeit” democracies/dictatorships like Belarus, Azerbaijan, Kazakhstan, Tajikistan, and Uzbekistan. Small wonder that the authoritarian leaders of these nations are stout supporters of Putin’s war in Ukraine.

While reading von Clausewitz’s On War it is quite easy to relate it to Putin’s politics that undeniably have resulted in war as a “continuation of policy with other means.” It is not the first time in history that authoritarian regimes have plunged entire nations into a blood-drained pit of war. All of us have to be be aware that support of authoritarian regimes might lead us all down into Hell.