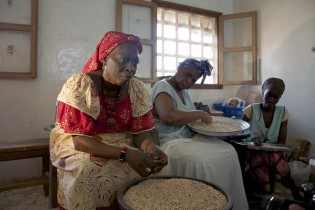 How Women-led Agribusinesses are Boosting Nutrition in Africa

By Mario Osava
The powerful tractors and other farm machinery that landowners recently used to block roads at a dozen points from north to south in Brazil illustrated the economic clout of big agriculture, which rose up against the demarcation of indigenous reserves.
ADVERTISEMENT ADVERTISEMENT