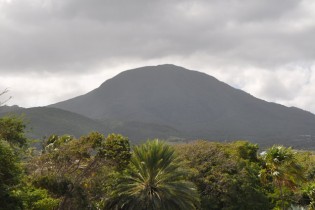 By Humberto Márquez
Venezuela is studying the use of nanotechnology as a means of reducing emissions of greenhouse gases caused by the oil industry.

By Fabíola Ortiz
Food production, including agriculture, represent 29 percent of the greenhouse gases that are causing global warming, say scientists with the Consultative Group on International Agricultural Research (CGIAR).

By Marianela Jarroud
Investors and corporations have become increasingly concerned over the effects of climate change, which are being felt in vast areas of the planet and have begun to impact on the profitability of their operations.

By Thalif Deen
One of the world's largest "paper factories" – a dubious title traditionally conferred on the United Nations -  is on the verge of running out of business.

By Thalif Deen
As the international community readies for a global mega-conference on sustainable development in Brazil mid-June, the United Nations is determined to practice what it preaches to the outside world: improve resource efficiency and drastically reduce its own greenhouse gas emissions.
ADVERTISEMENT ADVERTISEMENT