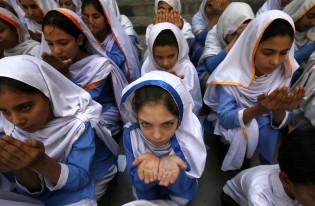 By Emilio Godoy
Homes for orphans or children in vulnerable situations in Mexico lack the necessary state regulation and supervision, which leads to scandalous human rights violations.

By Patricia Grogg
“Child abuse merits a different, in-depth approach. The objective of this film is to make the problem visible and promote debate and reflection,” says Eric Corvalán, director of a documentary that required “breaking through walls.”