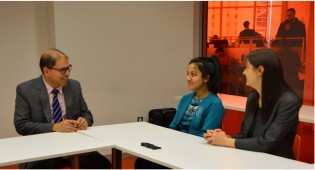 By Fabíola Ortiz
Brazil plans to import doctors to provide healthcare in poor suburbs of large cities, impoverished regions of the interior and border areas. But is there really a shortage of doctors in this country?

By Cam McGrath
Hospitalised for impaired kidney function, Eman El-Behery needed three medicines to bring her diabetes under control. Her daughter, 16-year-old Reham, found two of the medications at a pharmacy across the road from the hospital, but after hours of searching was unable to find the third, a drug that dilates blood vessels in the kidneys to prevent damage.
ADVERTISEMENT ADVERTISEMENT