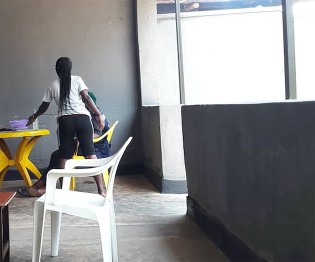 By Sam Olukoya
Miriam* hoped for a better life in Europe. Instead, her journey ended in Libya, where, double-crossed by traffickers she was raped and abused.  She has returned to Nigeria and shared her experiences with Sam Olukoya.
ADVERTISEMENT ADVERTISEMENT