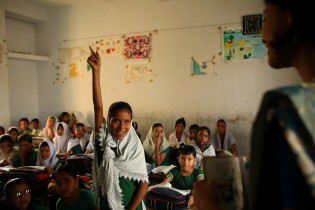 By Edgardo Ayala
At the age of 74, Carmen López has proven that it’s never too late to learn. She is one of the 412 people in this small town in central El Salvador who recently learned to read and write.

By Naimul Haq
The sun is just beginning its descent as a knot of farmers gathers around a small, portable radio in the grounds of the Nachol Pilot High School in Bangladesh’s northwestern Chapainawabganj district, about 300 kilometres from the capital, Dhaka.
ADVERTISEMENT ADVERTISEMENT