Iraq: Beyond the Green Zone 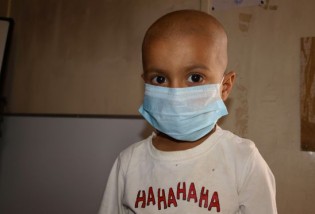 By Karlos Zurutuza
At Fallujah hospital they cannot offer any statistics on children born with birth defects – there are just too many. Parents don’t want to talk. "Families bury their newborn babies after they die without telling anyone," says hospital spokesman Nadim al-Hadidi. "It’s all too shameful for them."

By Karlos Zurutuza
Barely three months after the pullout by U.S. troops, sectarian clashes between Sunni and Shia Muslims have begun to take a heavy toll across Iraq.

By IPS Correspondents
Enough calls to reason. It is time for collective action. That was the message Turkish Foreign Minister Ahmet Davutoglu sent Thursday to his European Union (EU) colleagues, whom he will be meeting later this week in Brussels.

By Karlos Zurutuza
Dozens of bodies bludgeoned to death pop up in Baghdad’s dusty streets like the remains of a wreckage on a beach. They are the corpses of homosexuals and followers of the ‘emo’ fashion who dare to break with the strict canons of the Shia orthodoxy in power.

By Karlos Zurutuza
"We have not been paid since the Americans left Iraq last December. If nothing changes, I will abandon this checkpoint," Saif Ahmed tells IPS. He is one of the militiamen who claim to have defeated Al Qaeda in Iraq.

By Karlos Zurutuza
"I’d say there are around 5,000 of us in the country, but if you ask me next week we may well be under 3,000. After twenty centuries of history in Mesopotamia, we Mandaeans, are about to vanish." Anxiety about the future of his people is more than evident in the figures given by Saad Atiah Majid, chairman of Basra’s Mandaean Council.

By Charles Davis
Hundreds of protesters, dozens outfitted in orange jumpsuits and black hoods, took to the streets outside the White House on Wednesday to demonstrate against torture and indefinite detention on the 10th anniversary of the opening of the U.S. prison facility at Guantánamo Bay, Cuba.

By Barbara Slavin
The recent escalation in Iranian threats to blockade oil shipments and attack U.S. Navy vessels are meant to push up the price of oil and divert domestic opinion from an economic crisis but are not likely to lead to a war in the Persian Gulf, in the view of Iran experts.

By Jim Lobe
The so-called "Arab Spring" led U.S. network television evening news coverage during 2011, comprising a total of about 10 percent of all the news coverage provided by the three major commercial networks during 2011, according to the latest annual review by the authoritative Tyndall Report.
ADVERTISEMENT ADVERTISEMENT