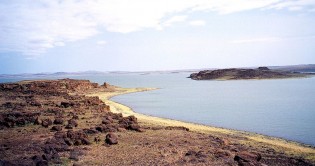 By Stephanie Wildes
Indonesia’s rainforests are facing “legal land grabs”, allege NGOs. Its ancient communities are finding that their ancestral lands are slipping into the hands of foreign companies for oil palm cultivation, as demand for the product grows in Europe, India and China.

By Stephen Leahy
Africa is the main target for "land grabs" by foreign investors, according to a new report on large-scale land acquisitions around the world released Monday.

By William Mapote
Mozambican farmers’ unions believe that soon land will become very scarce for locals as the government leases more and more of it to foreign agribusinesses – thus displacing thousands of rural communities and smallholder farmers with no official title deeds to their land.

By Michelle Tolson
Nean Narin, a humble man and father of three children, says his family is going hungry. Narin lives in the village of Boeung Kak, situated on the edge of Cambodia’s capital, Phnom Penh. For years, he and other villagers relied on the Boeung Kak Lake for fish and plants, which they would eat and sell.