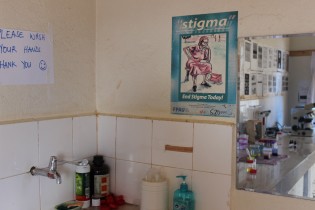 By Carey L. Biron
A major audit of the United States’ flagship global anti-HIV/AIDS programme, prepared for the U.S. Congress, notes “remarkable progress” over the past decade. However, it is also warning of insufficient monitoring and urging a stepped-up process of handing over greater control to partner countries.
ADVERTISEMENT ADVERTISEMENT