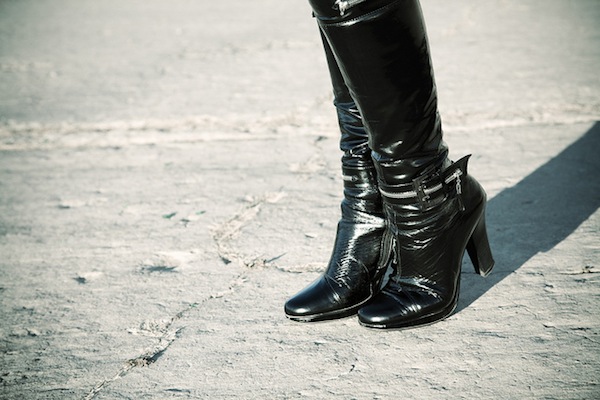 WASHINGTON, Jun 20 2013 (IPS) - The U.S. Supreme Court on Thursday overturned a decade-long practise under which the government linked global HIV/AIDS funding to a controversial requirement that organisations explicitly state their opposition to prostitution.

The court’s decision to overturn the mandate surprised many observers, with the 6-2 ruling now being lauded as a major victory by a broad coalition of global health, women’s rights and free speech advocacy groups.

“We are surprised but very happy to hear how the decision came down,” Crystal DeBoise, co-director of the Sex Workers Project at the Urban Justice Centre, a New York advocacy group, told IPS.

“Hopefully this indicates that we’re moving in the direction of serving the most vulnerable members of our societies better and more efficiently.”

The anti-prostitution mandate has been part of U.S. policy since 2003, enacted as part of the President’s Emergency Plan for AIDS Relief (PEPFAR). That programme, focused particularly on Africa, offered the largest ever commitments to fight HIV and AIDS.

In the decade since it was enacted, PEPFAR has made available almost 46 billion dollars for HIV/AIDS programmes, according to official figures, directly providing antiretroviral medicines to more than five million people. For this and next year, President Barack Obama has requested another 13 billion dollars.

Yet from the start, Congress wrote the legislation in such a way that any organisation receiving PEPFAR funding would need to explicitly state its opposition to prostitution. Since then, experts from the health community have warned that such a policy runs counter to the aim of wiping out the HIV/AIDS epidemic.

“This policy didn’t emerge from within the public health field, but rather arose when some U.S. legislators saw an opportunity, through PEPFAR, to insert and enforce an ideological purity about sex work,” Serra Sippel, president of the Centre for Health and Gender Equity (CHANGE), a Washington advocacy group, told IPS.

“That was disturbing in part because it’s not a public health intervention to silence people or require organisations to adopt a specific viewpoint of some legislators.”

The U.S. government has always explained the anti-prostitution oath by stating that stamping out sex work is a central component of the country’s broader anti-HIV policy. Civil society has also been split on this issue, with some groups – particularly anti-trafficking organisations – supporting the pledge in some way (several such groups contacted by IPS were unable to respond by deadline).

Still, many critics on the ground have for years warned that the oath stood in the way of the independent thinking necessary to find an end to the HIV epidemic. In particular, it distanced health workers from sex workers.

“It’s considered a best practise in public health to build trust among sex workers and to work to end the stigma and discrimination that fuel the epidemic,” Sippel said.

She noted that forcing an organisation like Pathfinder International – a sexual health advocacy and implementing group, and one of the lead plaintiffs in the Supreme Court case – to sign the pledge essentially pushed the organisation to adopt policy stating that it opposed the very people it was supposed to serve.

"We signed the pledge, knowing that we would wilfully ignore it."
-- Kevin Frost

“There’s no question that the programmatic goal of ending prostitution comes into conflict with the programmatic goal of trying to end HIV infection,” Kevin Frost, CEO of amfAR, the Foundation for AIDS Research, told IPS. “You end up making it exponentially more difficult to reach and built trust with the kind of individuals who are on the front lines of this issue.”

Such contortions led Frost’s organisation to sign the pledge and then continue to do what it thought best.

“Like many, our hand was forced into signing the prostitution pledge, even though we felt from the beginning that this was bad both policy-wise and programmatically and would have a negative impact on our ability to reach the population that needed the kind of services we offer the most – commercial sex workers,” Frost noted.

“So we signed the pledge, knowing that we would wilfully ignore it. We discussed the policy at the board level and signed on, but did so with objection.”

Thursday’s court decision hinges on a view of the anti-prostitution oath as infringing on free speech, as guaranteed by the U.S. Constitution’s first amendment.

“The [oath] requirement mandates that recipients of federal funds explicitly agree with the Government’s policy to oppose prostitution,” Chief Justice John Roberts wrote for the majority. “The First Amendment, however, ‘prohibits the government from telling people what they must say.'”

Given the polarised nature of sex work in the United States, the case before the court had been specifically tailored to deal solely with this free speech context. As such, the court did not weigh in on the merits of arguments or policies regarding sex work more generally.

Nor did the decision actually strike down the prostitution oath. Rather, it found that the oath infringed on the free speech of the organisations that were directly party to the court case.

More broadly, the case’s interpretation will affect only U.S., rather than international, groups receiving PEPFAR funding. Yet amfAR’s Frost noted that the majority of groups that receive PEPFAR funding are based in the United States and that the programme’s ability to enforce diktat for international organisations is limited.

Still, with the oath still on the books even after Thursday’s decision, the impetus will now come down to how President Obama’s administration proceeds. To date, administration officials have refused to discuss their view of the oath, given that it has been the subject of legal proceedings since Obama took office.

“This is not over – it’s an important milestone in defeating this policy, but the work needs to continue to make sure it’s not applied in a negative way to groups on the ground,” CHANGE’s Sippel said.

“This decision now gives us an opportunity to look at specific instances where U.S. funding can engage sex workers on a more critical agenda,” Sippel added. “Globally, we’re making a lot of progress on HIV/AIDS, particularly in looking at this from a public health and human rights perspective.

“This case now helps us continue to move the conversation in that direction.”