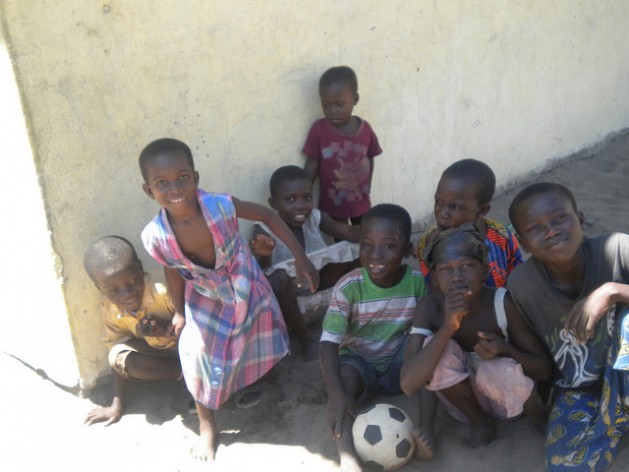 WASHINGTON, Aug 9 2014 (IPS) - Though West Africa’s massive Ebola outbreak may be dominating the spotlight within the global health community, HIV/AIDS remains an enormous issue for Africa as a whole – a sentiment that Washington officials made clear this week in their discussions of legislative and technological setbacks plaguing progress in fighting the epidemic.

Uganda’s anti-LGBT environment may explain the nation’s distinct increase in the number of new HIV infections, a trend that - with the exception of Angola - has been reversed in surrounding African nations.

Ambassador Deborah Birx, the global AIDS coordinator for the U.S President’s Emergency Plan for AIDS Relief (PEPFAR), echoed the threat’s urgency, explaining that “the AIDS pandemic in southern Africa is the primary cause of death for adolescents, and the primary killer of young women.”

President Barack Obama announced Wednesday at the end of his three-day leaders’ summit with Africa that PEPFAR and the Children’s Investment Fund Foundation (CIFF) will pledge 200 million dollars to work with 10 African countries to help them double the number of children on lifesaving anti-retroviral drugs.

But Ambassador Birx, along with other prominent HIV/AIDS activists in Washington, seemed to suggest that distributing anti-retroviral drugs to children would only address a fraction of the issue.

While making note of PEPFAR’s unprecedented  progress in moving towards an “AIDS-free generation,” a commitment that President Obama deemed possible in a 2013 national address, Birx suggested that countries with anti-LGBT laws may have disproportionately high rates of new HIV infections.

“People are afraid to be stigmatised,” Birx told IPS, explaining that gay people may refuse to seek diagnosis and treatment for HIV/AIDS if they are legally and culturally persecuted by their homeland.

“This is a human rights question,” Birx told IPS, calling specifically on the community of faith- one she describes as “there to wrap its embracing arms in need”- to respond to such LGBT persecution.

Yet beyond humanitarian concerns, PEPFAR’s report notes how Uganda’s anti-LGBT environment may explain the nation’s distinct increase in the number of new HIV infections, a trend that – with the exception of Angola – has been reversed in surrounding African nations.

Birx stressed that the majority of HIV infections are transmitted through heterosexual sex, despite the common misperception that homosexual activity is the cause of HIV/AIDS.

It is perhaps this association, Birx reasoned, that incites fear of seeking diagnosis, and explains why approximately half of all people with HIV are still unaware that they are infected, despite the tremendous increase in HIV testing capacity.

Panelists at Thursday’s conference spoke about the tremendous expansion of testing capacity, an noted how technological innovation is a leading force not only in HIV/AIDS diagnosis, but also in treatment, prevention and education.

“I think there’s actually a lot going on in innovations in technology,” Chris Beyrer, president of the International AIDS Society, told IPS. “And it’s not only internet technology and mobile technology, but it’s also in other domains, like self-testing and home-testing.”

Beyrer added how “getting testing out of the clinics and getting them directly to people” reduces the strain on medical personnel and funding, two areas in which panellists agree there are great shortages.

“Technology is moving to a place where there are much more local kinds of facilities that can actually do staging,” Beyrer explained to IPS.

“You don’t have these kinds of problems with people waiting forever to get a CD4, and then being told to go somewhere else with their CD4 result.”

“One size does not fit all”

Birx, who also participated in Thursday’s panel, added that technology can potentially be used to disseminate information about HIV/AIDS, and can potentially even correct some of the misconceptions about what causes HIV/AIDS.

The technique, she says, allows everybody to “click on the site and find the voice that resonates with them and gives them different knowledge [about HIV/AIDS] that they need.”

“I found that so incredibly powerful, and if we can figure out how to do that and get broadband throughout sub-Saharan Africa, it would be terrific.”

Beyrer reiterated the need for technology to offer individualised options for the transmission of knowledge about HIV/AIDS, telling IPS that “one size doesn’t fit all in these innovations.”

“It turns out, for example, from looking at interactive supports for treatment, there are very age-dependent differences even among population,” he said.

“Men under 25,” Beyrer explained, “really like SMS interactive messages, and want to be notified at all times, while older men [tend to say] no thank you, leave me alone…it’s very specific so we’re going to have to get that right.”

“One sector that hasn’t engaged very much in HIV is social media,” he said, calling specifically on Facebook, Google, and others in Silicon Valley to engage more thoroughly.

“We need that, and we would love them to be way more engaged than they are.”