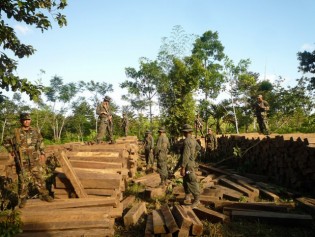 By Milagros Salazar
Peru’s economic growth is largely dependent on its wealth of natural resources, which provide over 50 percent of the country’s gross domestic product (GDP) and 80 percent of exports. In view of this fact, the government is developing a project for the valuation and protection of this natural bounty.

By Franz Chávez
After a 62-day march from Bolivia’s tropical lowlands, over 1,000 indigenous protesters opposed to the construction of a road through a pristine rainforest reserve reached the seat of government Wednesday, just a few hours after the police called off a six-day national strike.
ADVERTISEMENT ADVERTISEMENT