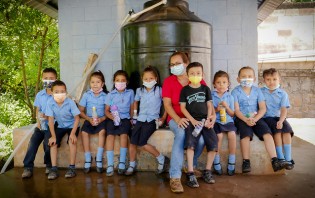 By Emilio Godoy
Twenty-five years ago, Mexican engineer Gustavo Rodriguez decided to collect rainwater to solve the scarcity of water in his home and contribute to the care of natural resources.

By Jewel Fraser
A centuries-old system for ensuring water security is making a comeback in the Caribbean.
ADVERTISEMENT ADVERTISEMENT