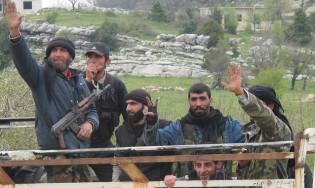 By Rebecca Murray
On election day long lines of people from Sabha’s impoverished community of Tayuri waited to vote under the harsh Saharan sun. Four hundred miles from the Mediterranean coast, Sabha is tucked into the volatile southwest bordering Algeria, Niger and Chad.
ADVERTISEMENT ADVERTISEMENT