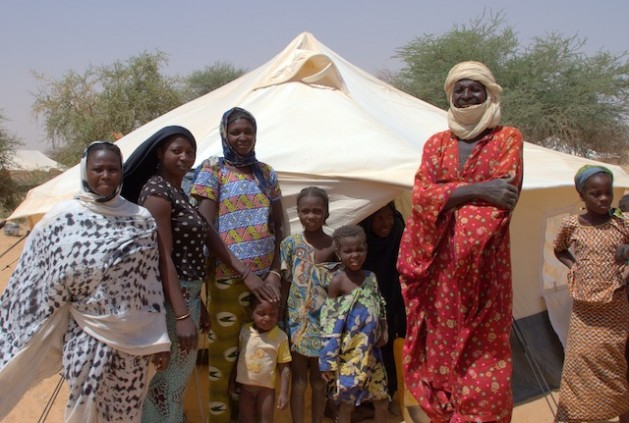 DAKAR, Aug 14 2012 (IPS) - Military action by West African states against the insurrection in northern Mali would be extremely risky without diplomatic support from neighbouring Algeria and Mauritania, according to International Crisis Group researcher Gilles Yabi.

The Economic Community of West African States (ECOWAS) has said it is ready to deploy troops to help Mali’s interim government fight rebels who seized the northern part of the country in March. However, Yabi says it is essential that Mali’s non-ECOWAS neighbours, who have a degree of influence over the armed groups in Mali, offer diplomatic support.

Yabi, West Africa Project Director for the Brussels-based Crisis Group, also told IPS that reintegrating northern Mali with the rest of the country could not be accomplished in the short term. Excerpts of the interview follow:

Q: In a recent report, ICG said that an armed intervention by ECOWAS carries risks, including that of widening the crisis into other countries. What is the nature of this risk?

A: Our report warned that an external military intervention would have to be carried out jointly with the Malian army, which is presently not fully under control. An intervention risks seeing the conflict spill over into neighbouring countries, which all have links with armed groups or communities originally from northern Mali. The risk of triggering conflict between ethnic communities will be high, and this would have repercussions in neighbouring countries.

There are also major risks in abandoning large areas to Islamist groups linked to terrorism. These include an increase in brutal practices such as stoning as well as seeing fresh recruitment into the ranks of the jihadist armed groups.

But this doesn’t justify a rush to armed intervention by ECOWAS countries, which are themselves fragile in political and military terms.

Q: Do you think that the ECOWAS initiatives could lead to Mali’s government recovering control of the north of the country from the National Movement for the Liberation of Azawad (MNLA) and the Islamist group Ansar Dine? Will Mali get U.N. approval for a military intervention?

A: The north has largely passed into the control of the Islamist movements, particularly Ansar Dine and the Movement for Unity and Jihad in West Africa (MUJWA), which are both linked to Al Qaeda in the Islamic Maghreb (AQIM). The MNLA is no longer a significant military force on the ground.

I believe we must accept that the reintegration of the north into the Malian state will not happen in the short term.

Despite its willingness to act, ECOWAS does not have the means to help the Malian government – which is itself being restructured – to recover the territory captured by the Islamist forces. The political conditions in Bamako and the disarray of the Malian armed forces sharply limit the options. A military intervention in these conditions would be dangerous.

Once a new government is formed, the transitional institutions announced by interim president Dioncounda Traoré are put in place, and the real work of coordinating political, diplomatic and military actions between the Malian government, ECOWAS, and non-ECOWAS neighbours Algeria and Mauritania is accomplished… then we can expect a review of the issue of seeking authorisation from the U.N. Security Council for an external military deployment…

Mali can only have a clear position on this question when the battle for control of the transition in Bamako is finished.

Q: Do you think that a massive infiltration of Mali’s neighbours by elements of Ansar Dine and AQMI could take place?

A: That depends on what you mean by “massive”. That elements linked to Ansar Dine, MUJWA or AQMI could cross into Mali’s neighbours – or even that they already have – would not be surprising.

For Algeria and Mauritania, we can’t talk about infiltration. AQMI is originally a product of Algeria’s history and its principal leaders are still Algerians. And Mauritania has suffered several terrorist attacks in the last few years which were carried out by Islamists, directly linked to AQMI or not.

We can only talk about the risk of infiltration with regard to Mali’s neighbours in the south. There too, we can’t exclude the possibility, as it is easy to cross the borders in these areas. But the fear of an invasion of these southern neighbours by jihadists doesn’t seem reasonable to me.

Still, a handful of motivated and trained operatives could be enough to destabilise a country with terror attacks. So we can’t underestimate the threat.

Q: What’s your overall assessment of diplomatic and political initiatives by ECOWAS to resolve the political crises in Mali and Guinea-Bissau?

A: You can’t accuse ECOWAS of being unresponsive or lacking initiative in either Mali or Guinea-Bissau. The organisation has held several summits of heads of state and adopted strong resolutions on paper.

In the case of Mali, it even called for strong economic, financial and diplomatic sanctions to force a return to formal constitutional order following the coup (in March). But the framework agreement that Burkinabè mediators signed with the junta on ECOWAS’s behalf also sent mixed, even contradictory, signals to the country’s military and political actors.

Here once again, ECOWAS has shown its limitations when it comes to moving from affirming its principles to making decisions. ECOWAS is partly responsible for the weaknesses of the framework agreement and the conditions of implementation for the transitional government that it is today trying to reconstitute.

With respect to Guinea-Bissau, ECOWAS was very firm and did not hesitate once it chose a course of action, even if this left it open to criticism. The organisation condemned the April coup and worked with the military junta to set up a transitional government that was not truly legitimate, but was judged acceptable by a wide spectrum of political and military actors united against the former prime minister and favoured candidate in the presidential election, Carlos Gomes Junior.

ECOWAS sent a military mission to Guinea-Bissau which we have heard very little about. The problem is that no one really knows just what this force’s mandate is and how military and diplomatic action by ECOWAS would help the country to finally address the crucial reforms which now seem indefinitely postponed, beginning with reform of the armed forces.

This will be an important test of the capacity of the organisation to show coherence between its positions and its actions over time.

Q: Would the contribution of non-ECOWAS members such as Algeria or Mauritania be effective in resolving the Mali crisis? Is the “wait-and-see” approach of Algeria realistic and positive when the Islamist groups actually originated there?

A: All the so-called “pays du champ” (Niger, Algeria, Mauritania and Mali) are affected by the Mali crisis. They can’t be indifferent. If ECOWAS takes the military route without significant diplomatic backing from Mali’s neighbours – who can potentially influence the armed groups – then the organisation will be taking a big risk.

Diplomatic efforts in the past few weeks, especially towards Algeria, show that no one actively engaged with the Mali crisis is ignoring the importance of ECOWAS’s neighbours. That includes France, whose foreign minister, Laurent Fabius, toured several capitals in the region recently.

Algeria knows what is expected of it in this crisis, given its status as the region’s military power, as intermediary or mediator in many previous crises in northern Mali, and as the original home of AQIM.

The country’s attitude is no longer necessarily to wait and see: Algeria has expressed its preference for a political situation in northern Mali. ECOWAS and Mali’s transitional authorities must ask Algiers to say more about what it can contribute to a negotiation process with the armed groups, particularly Ansar Dine, whose leader Iyad Ag Ghali is well known in Algeria.