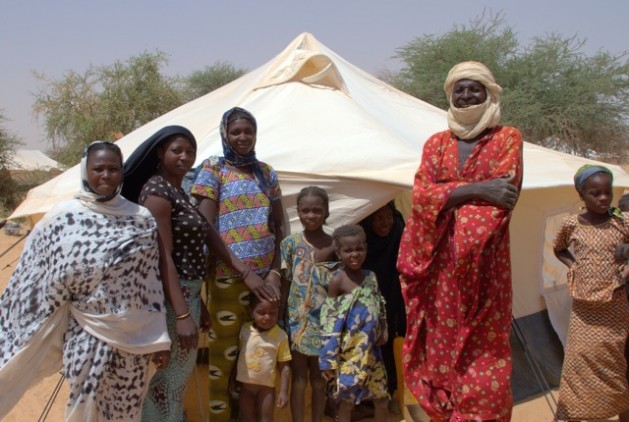 Malian rebels do not have the support of most ethnic groups in the north of the country. Credit: William Lloyd-George/IPS

DAKAR, May 18 2012 (IPS) - U.S. Assistant Secretary of State for African Affairs Johnnie Carson says Malian soldiers who overthrew the government on Mar. 22 have neither the right to remain in power nor the strength to deal with humanitarian and security challenges facing the West African country.

“Twenty-one years of democratic governance was swept aside by a few mutinous soldiers who seemed more concerned with their own welfare than that of the people or the nation they were supposed to be serving,” Carson said. “Their action has imperiled Mali’s territorial integrity, allowed rebels to take over half of the country, set back the country’s economic development and reduced the government’s capacity to respond to drought conditions in the north.”

Coup leader Captain Amadou Sanogo and his National Committee for the Reinstatement of Democracy and the Restoration of the State must return to the barracks and allow the transition back to constitutional rule to unfold, Carson said during an Africa-wide teleconference on May 16.

“The sooner the transition back to fully democratic governance, the sooner Mali, with the assistance of the regional and international allies, can begin to repair the damage.”

Carson confirmed U.S. support for the efforts of the Economic Community of West African States in Mali, including logistics and planning for deployment of ECOWAS troops, on condition that the terms of any military intervention are clearly defined.

“We have a high respect for the ECOWAS Secretariat in Abuja and we have enormous respect for the current chairman of ECOWAS, President Alassane Ouattara (of Côte d’Ivoire) and his foreign minister (Daniel Kablan) Duncan. I think they have done a very, very good job in leading ECOWAS.”

Speaking separately in Washington DC, State Department spokesperson Victoria Nuland said the U.S. is also concerned that a delay in implementing the ECOWAS plan for a transition and for the restoration of constitutional rule in Mali could have wider regional implications.

“If we cannot get back to unity in Mali between security forces and a government that is constitutionally mandated – that the people respect, and that can be in dialogue and collaboration with the military – we can’t get back to the important business of fighting extremism and terrorism in the north.”

Reacting to the statements by U.S. officials, Senegalese analyst Abdou Lô, general manager of Primum Africa Consulting, a communications and political strategy firm based in Dakar, said he sees a willingness from Washington to allow ECOWAS to take a prominent role in the Mali situation.

“In essence, Carson wants to empower ECOWAS, granting it the leading role. It’s an attitude which is explained by the need to build the regional institution’s credibility.”

Lô said ECOWAS’s authority is growing weaker within its internal boundaries due to the weakness of many member states and the growing intrusion of the army in political affairs, as well as a powerful threat from Islamist forces.

“We have to condemn the lack of strategic vision on the part of political actors in Bamako,” he said. “The junta, the pro-ATT forces (supporters of the president deposed by the coup, Amadou Toumani Touré) and political leaders are jockeying for position, but the central question remains the integrity and indivisibility of the country.”

Captain Sanogo continues to oppose ECOWAS’s proposal to renew Mali’s transitional administration’s mandate for a year after its present term expires on May 22, the end of the 40-day period set out in the constitution. The junta’s head instead proposes organising a national conference to name a new president who will guide the transition.

This is not a solution, Mali’s interim president, Dioncounda Traoré, said during a brief visit to Abidjan on May 16. He said a national conference was not part of the framework agreement signed in Bamako on Apr. 6 between ECOWAS and the junta.

Traoré said that at the end of the 40 days, ECOWAS and the junta must meet again to discuss the next step. A diplomatic source in Abidjan said an ECOWAS ministerial delegation is expected to travel to Bamako on May 21 or 22.

Malian president Amadou Toumani Touré was toppled by a coup on Mar. 22. Tuareg rebels had launched an uprising in northern Mali in January which the government was struggling to contain. Poor handling of the conflict was among the reasons cited by the soldiers for seizing power, but in the uncertain period immediately following the coup, the Tuareg rebels, alongside various Islamist groups, took control of the north.

Under an agreement between ECOWAS and the junta, the former president of the National Assembly, Dioncounda Traoré, was named interim president of a transitional administration charged with guiding Mali through a transition back to full constitutional order.

But despite signing the agreement, the junta is unwilling to step down and has strongly resisted some of ECOWAS’s decisions.