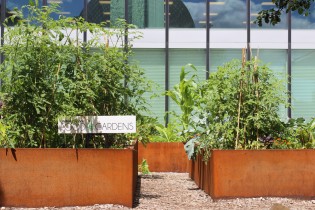 By Ignatius Banda
It is harvest season in Zimbabwe and Janet Zondo is pressed to find space on the piece of land she is farming to erect a makeshift granary. Zando says she could very well build a miniature silo, judging by the size of the maize crop that she is preparing to harvest.

By Shari Nijman
In the coming decades, the world's population is expected to grow by at least another two billion people, 80 percent of whom will live in cities by the year 2050.
ADVERTISEMENT ADVERTISEMENT