Q&A: "Violence Is Part of the History of El Salvador"

SAN SALVADOR, Sep 26 2008 (IPS) - He says he has read the Bible three times and that gang members are "not only victimisers but victims of the system of violence" in El Salvador. 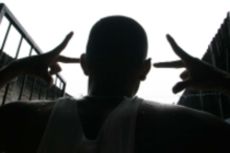 To reach the site of the interview with Puppet, a leader of Pandilla 18 – one of the two biggest gangs in Central America, along with Mara Salvatrucha – it was necessary to wind through the streets of a town in western El Salvador that will go unnamed.

Another hurdle was the 28-year-old gang leader’s distrust of journalists, who he said "only tend to show the dark side of gangs." Perhaps to help remedy that, he says he himself would like to be a reporter someday.

For years, he was involved in drug dealing and large-scale robbery, "which gave me the possibility of having a lot of money and nice cars." But he says he has left all of that in the past.

Puppet admits that gang-members have also been involved in extortion rackets, and that many are hired in a personal capacity, by organised crime, to commit contract killings.

Pandilla 18 and Mara Salvatrucha first emerged in California in the 1980s, after nearly one million Salvadorans fled to the United States during El Salvador's civil war, settling in impoverished neighbourhoods in Los Angeles where gang violence was rife. When the armed conflict came to an end, U.S. authorities began to deport thousands of gang members to this country, which now has homicide rates higher than those seen during the civil war – indeed, among the highest in the world.

When you lay eyes on him, there is no mistaking that Puppet is a gang member. His arms and chest carry the identifying tattoos that have marked him forever, because a gang member "never stops being part of the gang, even if he isn’t active any more." He has a four-year-old daughter, Puka. And his cell phone is never out of his reach.

Following is a fragment of the conversation between IPS correspondent Raúl Gutiérrez and Puppet.

IPS: How old were you when you joined the gang? PUPPET: I was 13 years old.

IPS: What prompted you to join? P: After the war came to an end, it became the thing to do. I joined out of simple curiosity. I have always had the support of my family, in spite of my wild behaviour and what I have become. I always lived with and had a really good relationship with my parents. My family was never the reason that I joined the gang.

IPS: Did you go through the initiation rite (known as a "jump in", which involves putting up with a beating from gang members without resisting for 18 seconds)? P: Of course, that’s the rule.

IPS: What did the gang do back then? P: Our activities were to protect and defend our neighbourhood from other gangs, which would come to steal and to push around and beat up the younger kids. That was how we won the respect of the local residents, who realised that we were protecting them – protection that they didn't even receive from the police.

IPS: How did you defend yourselves? P: At first, we didn't have guns, just jack-knives, machetes, bats and stones.

IPS: And you guys weren’t doing the same things in the neighbourhoods controlled by the other gang? P: Where I grew up, we learned that the families and those who aren’t members of the gang aren’t your enemies; your enemies are the other gangs. That’s why membership in our gang grew. And in the neighbourhoods under our control, people don’t have to make protection payments, and there is no theft, because we protect these communities.

IPS: Do gang members use drugs? P: Drugs – marijuana and alcohol – are normal in these circles. Since 1995, sales of cocaine and crack are part of our business, but consumption in the gang is not allowed because of the health damages they cause. We sell drugs to survive. The police themselves sold us drugs they had confiscated in other places. Those drugs are bought by lawyers, judges, secretaries, doctors – rich people.

I was addicted to cocaine for a year, but I realised the damage it was causing me and my family, and I managed to rehabilitate myself. God helped me stop using drugs.

IPS: If you know that cocaine hurts people, why do you sell it? P: That’s how we survive. Hardly anyone will give a job to a gang member. We need to eat and buy clothes, and our kids have to go to school.

IPS: How did you become a leader of the gang? P: There are a lot of people in the gang who listen to me. I can even go anywhere in the country, and people know me and know that I am able to help them do many things…Every area has its own leader. Those reports in the past about there being national gang leaders were ridiculous.

They recognise and respect me as a leader, maybe because they know what I was like from a young age, the way I am with the homeboys. I have never liked hurting the people in my neighbourhood. If you give respect, they’ll respect you. Or when someone from the gang goes too far with people in the neighbourhood….

IPS: What happens then? P: First I like to talk to them and point out that they’re doing something wrong. But if we have already talked to him and the gang member doesn't understand, he has to be punished, beaten, because there are rules in the gang.

IPS: And in extreme cases, execution? P: That too. That’s a rule in any organisation around the world.

IPS: What does violence signify for you and your fellow gang members? P: It is part of the history of El Salvador: domestic violence, child abuse and abandonment, the break-up of families, criminal and institutional violence, and police and prison abuse and psychological torture, although the authorities blame the gangs as virtually the exclusive cause of violence.

I know about the cases of two gang members who went crazy in the maximum security prison of Zacatecoluca (a city in central El Salvador) because of the conditions they were held in. One of them ended up eating soap.

We are not only victimisers but victims of the system of violence in the country. Violence has become an intrinsic part of life for all Salvadorans.

IPS: Security experts and authorities say the gangs have undergone a metamorphosis from youth gangs to criminal gangs since the government of Francisco Flores (1999-2004) adopted the "mano dura" ("strong arm" or zero tolerance) policies in 2003 and 2004. (Under these stringent laws, young people can be sentenced to years in prison merely on suspicion of gang membership, often determined simply because they have distinctive tattoos). P: That’s true in certain areas. In my case, I’m living in semi-clandestinity. Gangs have had to find other ways to survive in a setting where we can’t be out on the streets anymore.

There have been changes in government plans for cracking down on us. And if they take a step forward, we take another one, to defend ourselves from being killed or sent to prison. They can’t stop the gangs, even by using death squads. That’s why they try to show that we’re linked to organised crime, to have the green light to exterminate us.

We have decentralised our structure and we act in groups. The structure is more horizontal; vertical command structures are a thing of the past. When we need to hold a nationwide meeting, only those members who can take global decisions are called together, although if decisions are reached that some local leaders consider counterproductive, they aren't applied in certain places. There is autonomy.

IPS: Is it hard to get several leaders together? P: (Smiles and holds up his cell phone).

IPS: The authorities hold the gangs responsible for a majority of crimes and for 70 percent of all murders. P: It isn't humanly possible…Many groups hide behind the gangs. We’re the scapegoats. There are other criminal groups, there are many people who are hungry and commit crimes. But, as the saying goes, ‘make your bed and lie in it.’

IPS: What is your future as a gang member? P: In my area, my "clique" has been dismantled. The great majority are in prison, and when someone gets out, he’s thrown back in almost immediately, whether or not he committed another crime. The police and the public prosecutor’s office toss gang members into jail without evidence.

I have friends who weren't active in the gang for years and just because they live in my neighbourhood they were captured again, framed for crimes that they weren't involved in, and sentenced to many many years in prison.

I want to finish school and become a reporter. My goal, in five years, if I’m not in prison, is to live in a stable place, work, and maybe have a new home, another kid, and help my Puka.