SANTIAGO, Oct 12 2009 (IPS) - To fight inequality, Latin American countries must double the financial commitment they made at the 1994 International Conference on Population and Development in Cairo, Marcela Suazo, the regional director for the United Nations Population Fund (UNFPA), told IPS. 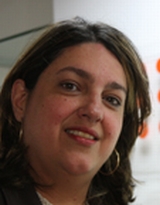 At the Cairo Conference, it was estimated that developing countries would meet up to two-thirds of the total cost of the Programme of Action, while approximately one-third would be contributed by industrialised countries.

The four major components of the Programme of Action approved at the Conference – family planning, reproductive health, sexually transmitted infections including HIV/AIDS, and data collection and analysis – were estimated at that time to cost 21.7 billion dollars a year by 2015, for all developing regions. But UNFPA recently corrected that figure upwards to meet current needs and costs.

Adding together spending by governments and non-governmental organisations, the contribution by Latin American countries for 2009 is estimated at nearly three billion dollars, but over six billion dollars would actually be needed this year to meet the regional targets, Suazo told IPS.

Meanwhile, industrialised countries are contributing less than the one-third they had promised.

Suazo, a former Honduran minister of women’s affairs, has directed the UNFPA regional office for Latin America and the Caribbean since 2007. She spoke to IPS in Santiago, where she was attending a two-day seminar at the Economic Commission for Latin America and the Caribbean (ECLAC) to assess the regional Programme of Action, 15 years after its adoption.

IPS: How well do you think the Programme of Action agreed at the Cairo Conference is being fulfilled in Latin America? MARCELA SUAZO: The results of the assessment are quite positive. Strides have been made, not just in terms of legislation and public policies, but also with respect to funding.

But major challenges remain. The first is the fight against inequality. Not everyone has equitable access to the progress that has been made. The question of inequality is linked to the availability of necessary information – which means carrying out censuses and surveys, and analysing all the data – and to redoubling efforts to provide funding.

It is true that the region has made a big effort. It is true that it is contributing about 50 percent of the two-thirds of the funds it should provide for the Programme of Action. But it is also true that we must step up that commitment in order to ensure the provision of the other half of the funds.

IPS: What are the areas that are lagging furthest behind? MS: There are different areas of progress and different inequalities. I wouldn’t say that any area was completely lagging. For instance, let’s consider the goal of cutting the maternal mortality rate by three-quarters by 2015, from 1990 levels. We know that it is one of the United Nations Millennium Development Goals (MDGs, adopted by the international community in 2000) that is not going to be met in this region, and yet it was at the heart of the Cairo Consensus.

We have average maternal mortality rates of 100 or 150 deaths per 100,000 live births, but in a geographical area only a few kilometres away the rate can be four times higher…This is a huge challenge.

On the other hand, we have to look at the conditions that prevailed in 1994, those we have now and those that will prevail in 2025. Today we have a large population of young people, nearly 110 million people aged between 14 and 24, set to join the economically active population.

It is essential for the region to take decisions on spending, public policies and programmes that ensure that these young people will have the tools they need to participate in processes of productive development, and will have information, knowledge and access to these services so they can exercise their rights.

In 2025, in contrast, we will have fewer young people and more elderly people.

IPS: Maternal mortality and teenage pregnancy are among the main problems in the region. Why has there not been more progress in these areas? MS: We already know which social sectors have the highest maternal mortality rates. We already have plenty of knowledge and experience about the fundamental ways to reduce these, and we already know that most of the deaths are preventable.

The three fundamental approaches are family planning, quality care during pregnancy, childbirth and the following 40 days, and emergency obstetric services. We have the knowledge, but we need specific, focused and differentiated spending on these three fundamental areas of action to achieve real progress.

IPS: And what about teen pregnancy? MS: Teenage pregnancy has been rising in the region. Teenagers of both sexes appear not always to have access to information, formal education, knowledge, contraceptive supplies and services for the prevention of pregnancy.

This is a very important issue because there is a directly inverse relationship between early pregnancy and a teenage mother’s chances of acquiring the necessary tools to break out of the poverty cycle. The region must take this problem very seriously.

IPS: The region also shows good results in the fight against HIV/AIDS. But the regional averages often hide disparities between countries. MS: We have a “traditional” population group, men who have sex with men, which has the highest number of HIV-positive people, but the infection is also spreading among women. And according to the latest report by UNAIDS (the Joint United Nations Programme on HIV/AIDS), HIV prevalence in young people has increased by between 40 and 45 percent.

This is an alarm bell, a wake-up call, in a region where we are making significant progress in stabilising the epidemic, but we still have population groups in which the prevalence of the virus is expanding.

IPS: What should the region focus on, in the light of emerging issues like climate change? MS: First of all, and immediately, it should focus on investing in young people. Secondly, we must take prompt action to prepare for 2025, which is just around the corner, when we will have 190 million people over 60. The region’s population is ageing rapidly.

On the other hand, we must adapt to the new contexts, such as growth in urban population and all the conditionalities that climate change is going to bring.

IPS: What are governments being called on to do, at this seminar for assessing the Cairo Programme of Action? MS: The main thing is that in the context of this economic crisis, we must be sure to invest in young people and also make sure that social achievements are not lost, so that in future we won’t have to analyse this crisis in the same way as the previous crisis, from which it took us 25 years to recover.