NAIROBI, Apr 14 2011 (IPS) - On its face, Kenya’s failed bid to defer International Criminal Court cases against alleged organisers of post-election violence in 2007-2008 was a story of changing positions. But to argue that either the U.S. or Africa has switched sides in the debate over the appropriate role of the ICC is too simplistic. 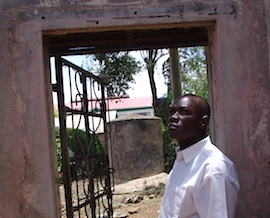 Last December, after six prominent Kenyans were named as suspects by the International Criminal Court, the government of President Mwai Kibaki – who had previously supported the ICC process – began arguing that the cases could jeopardise “international peace and security,” while simultaneously lobbying for them to be transferred to domestic courts.

All six suspects face crimes against humanity charges of murder, forcible transfer and persecution. Three also face torture charges, and the other three also face charges of rape and other inhumane acts.

In advance of a Mar. 18 U.N. Security Council meeting addressing the issue, the African Union, which includes many countries that have long provided a crucial bloc of support for the ICC, took Kenya’s side.

Meanwhile, the United States, once accused by Human Rights Watch of “going to war” with the ICC, came out against the deferral bid, effectively killing its chances: after a closed-door meeting on Apr. 8, Security Council President Nestor Osorio of Colombia said members “did not agree on the matter,” and that it would be shelved “for the time being.” This endorsement of the court’s work followed the Feb. 26 Security Council resolution referring the situation in Libya to the ICC – the first time the U.S. had voted in favour of such a move.

Rights groups largely hailed U.S. support for the ICC, while lambasting Kenya’s – and by extension the AU’s – attempt to delay the post-election violence cases.

“We’re certainly glad to see statements like this that the US has been making,” Elizabeth Evenson, senior counsel for HRW’s International Justice Program, said in reference to criticism of the deferral bid by American diplomats. “Indeed, it will perhaps convince the Kenyan government that this is the wrong avenue, that this isn’t going to go anywhere and that there’s no point in pushing it further.”

But analysts say it is simplistic to argue that either the U.S. or Africa has completely switched sides in the debate on the ICC. In fact, the U.S. embrace of the ICC has been partial at best, and it remains to be seen whether frustrations aired by some African governments are fully shared by their counterparts throughout the continent.

American support for action by the ICC dates as far back as the March 2005 Security Council resolution referring the situation in Darfur, Sudan, to the court, says David Scheffer, who served as the first U.S. Ambassador-at-Large for War Crimes Issues during the administration of former President Bill Clinton. In that vote, the U.S. abstained instead of wielding its veto power, thereby allowing the referral to go forward.

Scheffer says, “The Obama administration has been increasingly supportive of the utility of the ICC in addressing critical accountability challenges in the world, and views the court’s work as often aiding US national interests.”

That does not mean, however, that the US is likely to grant the ICC jurisdiction over its own nationals by becoming a member any time soon. “We always knew the road to ratification would be a long one,” Scheffer said.

While the U.S. backed action on Darfur, resistance came from Africa. After ICC chief prosecutor Luis Moreno-Ocampo requested an arrest warrant for Sudanese president Omar al-Bashir in July 2008, the AU asked the Security Council to approve the same type of deferral Kenya sought more recently. In March 2009, however, the court issued an arrest warrant for Bashir on charges of crimes against humanity and war crimes, prompting calls for AU countries to withdraw from the Rome Statute which established the ICC.

Calls to withdraw from the ICC

Godfrey Musila, senior law lecturer at Kenyatta University in Nairobi and an expert in international law, says the rejection of the Darfur deferral bid made the AU “very unhappy.” He says calls for withdrawal are likely to be renewed if Kenya’s deferral bid meets the same fate as Sudan’s.

“The suggestion is that if the Kenyans fail to get a deferral – as I think they will fail – then you’re likely to see movement at the AU reawakening the call for African states to withdraw from the court,” he told IPS in March, adding that this would likely happen around the time of the body’s upcoming summit in July.

Speaking to reporters in Nairobi last month, Mahboub Maalim, executive secretary of the Intergovernmental Authority on Development, a seven-nation East African regional development organisation, hinted that Musila’s prediction of calls to withdraw from the ICC could have merit.

After accusing the Security Council of delaying a hearing on Kenya’s deferral bid, Maalim said: “From the tone of the AU Commission, I have heard members saying that they have ideological differences with the ICC. This tells clearly that the cases that are developing are being watched by the AU.”

Musila said a main reason Africa – which has more ICC member states than any other region – supported the court from the beginning was because leaders believed it would be immune from political influence. Therefore, he said, it makes sense that Security Council votes and discussions – and the politics that inform them – are at the root of recent AU complaints.

He said the unanimous Security Council vote on the Libya situation could reinforce impressions that the court is politically compromised. “It provides evidence, if you will, to African leaders who are saying that the Security Council only acts where it is in the interests of the permanent members of the Security Council,” he said, adding that many leaders believed the 2006 Israel-Gaza conflict also should have been referred to the court.

“You hear many African leaders saying, ‘This is not the court we wanted. We wanted a court that is apolitical,’” Musila said.

Evenson said there was no evidence of a “monolithic” move away from the ICC in Africa. “We’ve seen before a couple of times in which it’s been threatened that African members of the ICC will withdraw in response to what has been perceived as not listening to AU positions,” she said.

She added that she doubted recent threats would translate into actual withdrawals by individual countries, saying they were likely more “useful as a matter of rhetoric.”  Referring to instances in which the ICC has drawn the AU’s ire, she said, “I think what they have in common is when you have an action that makes it more likely that someone in a position of power might be subject to these criminal processes, we see this kind of backlash.”

This argument rings true for Ken Wafula, chairman of Kenya’s National Council of NGOs, who dismissed IGAD – the membership of which includes Kenya and Sudan – as a collection of “perpetrators of crimes against humanity, war crimes, potential suspects in their own countries and future victims of the court.”

And it’s not just African NGOs who have defended the ICC. At an Apr. 5 press event in Nairobi marking the 17th anniversary of the 1994 Rwandan genocide, George William Kayonga, Rwanda’s high commissioner in Kenya, suggested that support for the court on the continent remained strong.

Recalling the Kenyan government’s initial support for the post-election violence cases, he said: “Kenyans invited the ICC. Since they invited the ICC they have to respect that the ICC did not come to Kenya because they wanted to come. They were invited.”

Though he cautioned that the ICC might not effectively promote reconciliation on the ground, he credited the court with deterring atrocity crimes, saying it has created awareness. “It is a wake-up call to other leaders that if you get involved in this you will not get away with it,” he said.

As for concerns that the ICC is in the hands of major powers such as the US, Wafula says they are baseless. “The ICC’s an African court,” he says. “It has everything to do with Africa. Its creation was necessitated by atrocities committed by African governments against African citizens. It’s not a Western tool.”