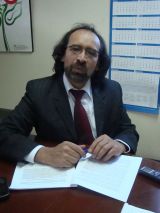 Under the new law, victims of the armed conflict displaced from their land since 1985 will be eligible for reparations, while those displaced since 1991 can file a petition to have their land returned to them.

But while it has been widely welcomed, the new law has also drawn calls for effective enforcement.

The new legislation paves the way for legal titles to be restored to the original owners of lands misappropriated mainly by far-right paramilitaries with the support of large landowners.

The law sets a 10-year deadline for the restitution of the rights of more than five million victims displaced from their rural property, and of nearly seven million hectares of land that were seized from or abandoned by owners who fled the violence.

In the implementation of the Victims’ and Land Restitution Law “there are risks, because the social services and housing subsidies to which the average Colombian has a right cannot be considered reparations,” says Marco Romero, president of the Consultancy on Human Rights and Displacement (CODHES), a leading Colombian human rights group.

“Full reparations must be guaranteed,” Romero, who is also secretary of the Commission to Monitor Public Policies on Forced Displacement, said when he sat down with IPS for this interview.

Q: What is the key feature of the Victims and Land Restitution Law? A: First, the recognition of the state’s responsibility towards the victims of the guerrillas, paramilitaries and government agents.

This is a major achievement in a country that tends towards cynicism, where rights are only halfway vindicated and reality is denied, along the lines of what former president (Álvaro) Uribe did. For Uribe the aim was to combat subversion by ignoring the victims, refusing to respect international humanitarian law, and denying that forced displacement exists, calling the victims merely “migrants”.

The restitution of land is also important. The state has recognised that people were massively dispossessed of 6.6 million hectares of land, and that this is the magnitude of the challenge.

Q: And the main shortcomings of the law? A: That in its design, it has fallen short with respect to reflecting international treaties and principles. Furthermore, in its implementation there are risks, because the social services and housing subsidies to which the average Colombian has a right cannot be considered reparations. Full reparations must be guaranteed.

According to our estimates, the reparations would represent a sum equivalent to 40 million dollars, without counting the moral damages.

It’s true that virtually no society could afford to pay the entire amount, but we must come as close as possible, because the victims deserve, for themselves and their children, education, including higher education, decent housing and incomes, and opportunities to contribute to society by moving out of the informal economy.

Q: In your view, what limitations will have to be overcome to implement the law? A: The law’s main enemy, ‘Uribismo’ (the pro-Uribe faction in politics) must be isolated, and the commitment of other political parties must be secured. In addition, Colombian society, which at times is autistic, must take on responsibility and learn about the issue, without flippantly stating that the victims are asking for too much.

Furthermore, the victims must be accompanied, especially in rural areas, because the restitution of land is taking place amidst the bullets.

Q: Will the Constitutional Court rule on this point and others, including United Nations recommendations? A: Because this is an ordinary law, the president has the authority to issue decrees to regulate the law in the next six months, on 15 different aspects, including the participation of displaced populations, the reparations programme, and the upgrading of the ombudsperson’s office, which will increase its capacity to accompany and support the victims.

The Constitutional Court would have a role to play in possible lawsuits. For that reason, in this six-month period, we have to closely monitor compliance with the law, in which social participation and mobilisation will be crucial.

But I do think that any ruling will be positive, because in the last 20 years the Court has shown that it safeguards rights and their protection.

Q: What do human rights organisations demand of the government with respect to how the reparations will be sustained in budgetary terms? A: We are asking for the issue to be discussed with experts who have an open mentality, because the neoliberals, including the minister of finance and public credit, Juan Carlos Echeverri, say there is no money, although they continue to pay out generous subsidies to ethanol producers and flower exporters, among others.

Comparatively, Colombia is a fiscal paradise. Which means it is possible to tap into financial capital, and to also obtain resources from those who push for free trade treaties, which should contribute to the costs of the reparations.

In human development reports we are always ranked as the second or third most unequal country in the Americas. So we ask: why so much generosity towards the rich, but not towards the victims?

Q: Will 10 years be enough, or will this sink into oblivion before then? A: That’s another challenge. Because we have the experience of law 387, of 1997 (on the prevention of forced displacement), that spent seven years in court proceedings, which led the Constitutional Court to hand down sentence 025 on the systematic failure to comply with a state-sanctioned law.

It’s a risk. But one humanitarian consideration is that the victims who are in a state of utter poverty cannot wait 10 years, because it would be inhumane. If the state does not live up to this, the vulnerability of the victims will be its responsibility.