Hard Times Ahead for Caribbean Sugar

PORT OF SPAIN, Trinidad, Oct 27 2011 (IPS) - The Sugar Association of the Caribbean (SAC) has been buoyed by a large crop this year, but a recent proposal by the European Union to abolish domestic quotas would likely cut into preferential sugar exports by the SAC and other sugar associations in the African, Caribbean and Pacific (ACP) countries to European markets. 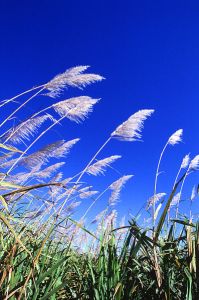 ACP countries view sugar not only as a tradeable commodity but as a driver of development. Credit: USDA/Scott Bauer

SAC chairman Karl James said 312,000 tonnes of sugar has been delivered to the EU out of an expected 500,000 tonnes this year. The euro has continued its favourable performance against the U.S. dollar, providing an added advantage.

The ACP and the Least Developed Countries’ (LDC) cane sugar suppliers have already expressed their “profound concern and dismay” at the commission’s proposals to deregulate its own production in the context of the Common Agricultural Policy (CAP) reform announced on Oct. 12.

The CAP addresses how the European Union intends to deal with its agricultural sector from 2014-2020, and the sugar proposal would take effect as of Sep. 30, 2015.

“The ACP and LDCs are of the view that the elimination of sugar quotas as from 2015 disregards the EU market reality, the economic development objectives of the EU’s commitment to their countries as well as the key CAP objective of food security,” the groups said in a joint statement.

“Indeed these proposals seriously jeopardise the EC market balance and the future of the sugar industries of the ACP/LDCs.”

Brussels-based Guyanese diplomat Dr. P.I. Gomes, who is head of the ACP Sugar Group, told IPS that within the CAP, there are “very positive features about food security and greening of the environment that are welcomed by the ACP.

“But their underlying basis is still the neoliberal ‘free-trade’ market-dominated model, and so competitiveness and expecting market forces of supply and demand to be primary criteria for ‘incentives’, income returns, etc.,” he said.

“While at the same time, they (EU) recognise that farmers have to earn a realistic income. The CAP allows for ‘decoupled’ payments in the sense that rotations and payments of income are distinct from production and from type of crops,” Gomes explained.

“If next year, barley or wheat looks ‘oversupplied,’ you as a farmer can stay out so as to not over-supply and the market will let the price remain ‘good’ for farmers who are competitive at that price on the market.”

Gomes says that by not planting, the farmer “can still receive an income because you care for the land, keep the countryside looking good, make paths for tourism, for hunting etc, etc”.

But for cane sugar exporters in the ACP, the market depends on quotas to keep the negotiated price remunerative, he said.

The ACP and LDCs currently do not pay import tariffs to the EU.

The political battle in the EU now is between countries with prominent farming lobbies like France and Germany, and some countries in southern Europe that want their beet growers to survive, he said.

In their joint statement, the ACP and the LDCs say much has changed since reform of the EU sugar regime was introduced in 2005, and it is only two years since the final and largest cut in sugar prices occurred.

“Market conditions have been difficult and it is only thanks to market management tools – of which quotas are the core – that it has been possible to cushion the impact of world market disturbances. The removal of quotas at this time would be premature, unnecessary and almost certainly counterproductive,” the statement said.

The ACP and LDC sugar cane suppliers say the European Commission has offered “no valid justification for its proposals or for their timing”.

“Its ‘Impact Study’ which purports to illustrate the benefits that might accrue, is flawed in many aspects and insufficient care has been taken to ensure policy coherence as mandated by Article 208 of the treaty of Lisbon, the groups said.

“The Commission’s proposals also ignore the June Resolution of the European Parliament. They constitute a deterrent to ACP and LDC to invest in increased efficiency- encouragement which EU supported with an allocation of 1.2 Bn Euros of Accompanying Measures.

“As it is, investment in the sector requires 10 years to come to full fruition and the Commission’s proposal will undermine all potential growth as a result of a lower priced and more volatile EU sugar market. For those who have already ratified and are implementing respective EPAs (Economic Partnership Agreements), these changes are tantamount to a unilateral modification of an international treaty.

“For those countries still in negotiation, they will increase doubts about the benefits of EPAs since duty free quota free access is worthless without a remunerative and predictable market price which for many EPA EBA suppliers represents the only source of income,” the groups said, warning that “the proposed lowering of price will seriously hurt the prospects of these countries to achieve their Millennium Development Goals”.

Gomes says ACP countries view sugar not only as a tradeable commodity but as a driver of development, pointing to the creation of jobs, foreign exchange, and sound technology in Caribbean countries such as Belize, Jamaica and Guyana.

He told IPS that the whole free-market model is unraveling because of the lack of regulation.

“Why not have anarchy in the sugar market?” he suggested wryly.