CAMEROON: Stepping Naturally Away from Plastic

YAOUNDÉ, Jan 6 2012 (IPS) - Maya Stella, a restaurant manager in the capital of Cameroon, no longer uses plastic to wrap the corn-fufu that she sells to her customers. She now uses banana or plantain leaves instead, because these are “natural and it is our African culture to use leaves in wrapping food.” 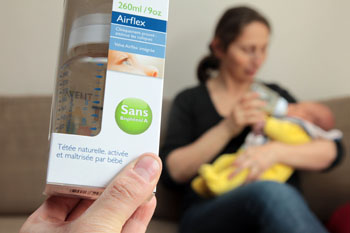 Food wrapping practices in Cameroon have changed over time. Traditionally, Cameroonians used banana leaves to wrap corn-fufu, egussi pudding and pounded yams. The slick surface of the leaves keeps things from sticking to them.

But plastic has in recent years replaced the use of leaves. The aroma of banana leaves that gives a specific taste to corn-fufu is now gone, and the taste has become rather bland.

“The food really has a nice flavour when it is wrapped in banana leaves,” says Professor Agatha Tanya, a nutritionist at the University of Yaoundé 1.

The secretary general at the Ministry of the Environment and Sustainable Development, Patrick Akwa, has lauded the gradual return to the use of leaves as an important step towards environmental protection.

“Used plastics very easily degrade the environment if not properly disposed of, but used banana leaves can be thrown away to decay naturally,” he says.

But the immediate reason why Stella has gone back to these “traditional wrapping papers” is because of a news report she heard on state radio to the effect that using plastic to wrap food is dangerous to human health.

“I heard over the radio that plastic papers are not good for wrapping food because they can cause cancer, and I heeded that warning because I have to protect my customers,” she told IPS.

The warning note came from Maurice Dikonta, a chemistry lecturer and researcher at the University of Yaoundé 1. He has been carrying out research on plastics and polymers for the past 15 years. Initially driven by academic interest, Dikonta now believes what he has found out could help save lives.

“When you want to make those plastics have a nice, smooth form, you add what is called plasticisers. These are molecules that make them either soft or smooth or pliable, like the ones you use in wrapping food. And these plasticisers will not stay in the plastic once you put them…in a microwave oven or if you use them to wrap hot food.

“The plasticisers will evaporate under such conditions and then enter your food. And so each time you eat food that is wrapped in plastic paper, you are actually consuming those plasticisers, which are toxic.”

Dr Henry Besong, a medical practitioner at Hope Clinic in Yaoundé, says the toxic chemical substance found in plastics is bisphenol A (BPA).

“BPA mimics an estrogen that is found in females, and could cause breast cancer and low sperm count in men,” Besong says.

A report by the United States-based Environmental Working Group lists some of the dangers that could result from exposure to BPA.

But exposure to the toxic substance does not only come from consuming food wrapped in plastic. Because the ester bond that links BPA monomers to one another to form a polymer is not stable, the polymer easily decays with time, releasing BPA into the materials with which it comes into contact like food and water. That means using baby bottles that contain BPA expose children to health risks.

Consequently, many countries are finding ways to deal with the problem. South Africa has become the first African country to ban the “manufacture, importation, exportation, and sale of baby bottles,” while Malaysia plans a total ban on BPA this year.

The EU and countries like Brazil, Canada, Costa Rica and Turkey have already banned or restricted products containing BPA. And in April, the U.S. Food and Drug Administration will decide whether it will restrict BPA in food packaging.

Professor Tanya says Cameroonians need to stop wrapping food in plastic because “it’s not healthy.” She recommends that banana and plantain leaves be used instead, as they “are not only risk-free, but food wrapped in banana leaves has a very nice flavour.”

Some community radio stations in Cameroon have picked up the warning and are carrying out mass campaigns against the use of plastic to wrap food. In Oku, a locality in Cameroon’s North West Region, the response to the campaign conducted by “The Voice of Oku” has been tremendous.

“I can’t use plastics to wrap food anymore,” says Marceline Yula, a homemaker in Oku, adding that the health of her family must not be compromised.

But there is still a lot of resistance to the warnings. Dikonta says even his wife has been resisting his warnings. “She argues that food looks more presentable when packaged in plastic papers.”

Dikonta says the press, government agencies, and political, religious and traditional authorities must carry out awareness-raising campaigns on the dangers of using plastic to wrap food, especially when it is hot.