GENEVA, Mar 30 2012 (IPS) - Brazil and South Africa have experienced a widespread contraction of their manufacturing industries, with the latter suffering massive unemployment as well, thanks to the rampant volatility and misalignment of dominant global currencies like the dollar, trade experts from the two countries say. 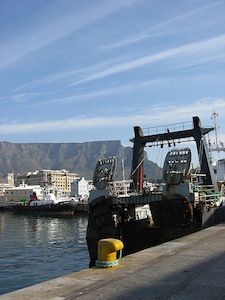 “Brazilian industry is at the receiving end of exchange rate appreciation and 2011 saw a negative growth in the manufacturing sector with textiles, leather, chemicals, rubber, and electrical industries, among others, having been adversely affected,” said Josue Gomes da Silva, the chief executive of the Brazilian company, Coteminas. He was speaking at a closed-door seminar at the World Trade Organization (WTO) on Mar. 27.

“Four hundred thousand small businesses closed down in South Africa over the last three years, resulting in unemployment of about 23 to 34 percent due to the unstable exchange rate that made South African exports uncompetitive,” said Stewart Robert Jennings, chief executive of South Africa’s PG Group.

“The South African Rand has strengthened during the last three to four years and is now the most volatile currency,” he said, suggesting that the Brazilian Real and Rand are at their highest appreciation values against the greenback.

Da Silva and Jennings offered a detailed account of the creeping “deindustrialisation” in their respective countries at a closed-door seminar convened by the WTO’s Working Group on Trade, Debt, and Finance.

The two-day seminar, which concluded on Mar. 28, is an outcome of a sustained campaign by Brazil over the last year to persuade members of the WTO to discuss the role played by volatile exchange rates in international trade.

However, several industrialised countries, as well as China, were reluctant to address the issue of exchange rates at the WTO, saying it is part of the International Monetary Fund’s (IMF) agenda. “The seminar is an attempt to give shape to a reality, away from abstract concepts,” Brazil’s trade envoy Ambassador Roberto Azevedo told IPS.

While representatives from the private and public sectors and academia were invited to discuss the role exchange rates played in trade, journalists were barred from the seminar at the insistence of Canada and the United States.

Though there was no consensus on the factors influencing the misalignment of currencies, which imply that there is a gap between a country’s real exchange rate and its equilibrium level, there was general recognition that a problem exists and is playing an adverse role in different countries.

While currencies in big developing countries appreciated significantly over the last few years, in other countries, currencies depreciated or were maintained at a steady peg to the dollar despite favourable macro-economic fundamentals.

The Real is overvalued by 42 percent, while South Africa’s Rand has appreciated in double-digit percentage terms against the dollar. The Indian Rupee also initially appreciated by five percent against the dollar from 2008 to 2009. However, it has recently depreciated sharply due to the country’s burgeoning current account deficit.

Consequently, Brazil and South Africa witnessed a sharp drop in their exports of manufactured goods, while imports from other countries shot up alarmingly. “Brazil has dropped to 14th place in machinery and equipment exports, while imports doubled because of exchange rate overvaluation,” said da Silva.

Meanwhile, the policy flexibility of South Africa, Brazil and India, as reflected by the Wiggle Room Index constructed by The Economist, is not high. The three countries are ranked 65th, 79th and 82nd, respectively.

Against this backdrop, WTO director general Pascal Lamy issued a nuanced statement on Mar. 27 on the exchange rate volatility and its various effects on traders. He said international trade needs exchange rate stability.

“Trade measures cannot correct policy imbalances elsewhere, and be an answer to non-trade policy concerns…. Tit-for-tat measures would be a recipe for protectionist crossfire,” Lamy cautioned.

All these issues, Lamy said, “require a mix of cooperation in the macro-financial field and proper domestic policies which lie outside the remit of the WTO.”

The director general exhorted participants to make sure that the “WTO system does not crumble under the weight of excessive expectations.”

In contrast, a senior official of the U.S. administration, which is providing credit at close to zero percent to its banks and industry since the onset of the financial crisis in 2008, complained that China had kept the Yuan nearly unchanged despite a growing current account surplus and bulging foreign exchange reserves.

China responded saying that those countries adopting unconventional monetary policy have contributed to the currency volatility and misalignment by adding liquidity to financial markets.

“Both developed and developing members have fallen victim to major currency issuers,” the Chinese banker said, according to sources present at the meeting. “For every iPhone sold in the U.S., Chinese workers and companies get less than two percent, while the rest of the profits go to the American companies.”

The seminar has underscored the need to acknowledge the problem.

“If countries agree that misalignments are a given in the current international economic and trade processes, it is important to discuss the trade-related aspects of the problem at the WTO,” said Azevedo.