Sorcery-Related Violence on the Rise in Papua New Guinea 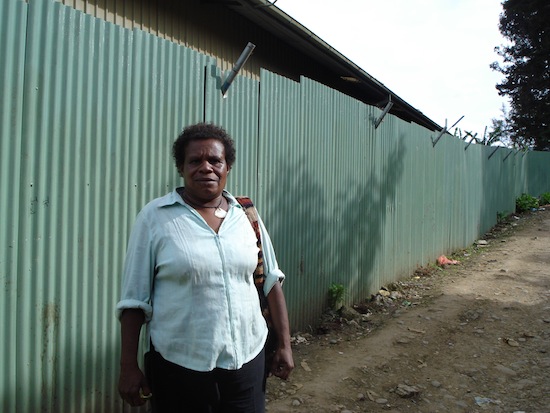 KUNDIAWA, Apr 9 2012 (IPS) - An increase in sorcery-related violence and fatalities over the last decade in Papua New Guinea is generating awareness about the lack of development, economic opportunities, inequality and under-resourced health services in rural areas.

In late March, 70-year-old Seni and his 32-year-old son Konia (not their real names) were accused of sorcery following the sudden death of their granddaughter and niece whom they had accompanied to the nearest hospital in the town of Kundiawa for medical attention.

“We brought her to the hospital on Saturday and on Sunday she died and we took her back to the village,” Konia recounted. “We don’t know what the cause of her death was.”

They were then violently attacked by members of their family and community in a small village in the rural district of Gumine, Simbu Province.

“When we went to the funeral in the village, we went to where the body was,” Konia continued. “Then the people started coming out and attacking us.”

“They used bush knives. They cut me with a bush knife on my back and shoulder,” Konia said. “Then they took me to the (village) toilet, tied me up and pushed my head down into the toilet.”

Seni, the elderly father, was beaten until he fell to the ground face-down.

“They then used their boots to kick me on my sides, my back and on my neck until I was unconscious,” Seni remembered. “If I had laid face-up, I would have been dead.”

The following morning, both father and son were rescued when Konia’s sister Eva (not her real name) telephoned a friend living in Kundiawa who subsequently alerted the police. IPS fears that Eva’s efforts to save their lives have placed her own in danger, as attempts to contact her by mobile phone since the incident have failed.

In Papua New Guinea (PNG), 85 percent of the population live in rural areas where animist spiritual beliefs still influence everyday life and are conveyed to younger generations through oral history.

Jack Urame, director of the Melanesian Institute in Goroka, Eastern Highlands, claims that most Melanesians believe in the existence of sorcery or black magic, known as ‘sanguma’.

“When someone dies or if someone is sick, even if there is a medical examination and report of the causes, people still believe it is sorcery,” Urame explained, “Sorcery and witchcraft is a way of explaining this phenomenon, the bad events happening around them.”

According to an Oxfam International report on sorcery beliefs in Gumine, the district has the highest number of witchcraft-related incidents and killings in Simbu Province. Community members experience a real fear of sorcery, which is greater than the fear of committing a crime to remove the perceived sorcerer responsible for misfortune or death.

Accusations of sorcery mainly occur within the family or the village and overwhelmingly target the most vulnerable, including women, widows, elderly people and those who are resented or envied.

For the past ten years, Monica Paulus, of the Highlands Women’s Human Rights Defender Network, has worked tirelessly to help victims in Simbu Province. She provides shelter, emotional support and ensures cases are reported to the police. Paulus says she has witnessed sorcery-related violence reach an epidemic in recent years.

A spokesperson for the Kundiawa Police said 20 sorcery-related incidents had been recorded so far this year, but most were never reported.

While some media reports have made a connection between the rise in sorcery allegations and the spread of HIV/AIDS in the country, Paulus says that sorcery is blamed for all forms of illness and death, with HIV being just one of them.

Urame also concurs that, in contrast to when the disease was new in the 1980s, there is little evidence of a direct link between sorcery and AIDS today. Instead allegations are mainly attributed to jealousy, envy and revenge, with their increasing occurrence connected to social inequality, exclusion from development, disenfranchised youth with unfulfilled expectations and poor rural health services.

“So people are resorting to the old ways, in my view (they are) going back to the traditional beliefs,” Urame said, “When things are not working out well for them, they are finding an alternative. And, in this context, we can say it (sorcery) is a development issue.”

In places where there is a stronger focus on development in education, health, employment and human security, sorcery accusations and killings are rare.

Social impacts of the increase in sorcery accusations include family estrangement, community conflict and displacement, with 10-15 percent of the population in Simbu affected. Paulus said the police needed to be more effective and community leaders must be held more accountable.

According to Amnesty International, “Many of these killings are not brought to trial because witnesses are unwilling to testify for fear of being tortured or killed by those on trial or by family or tribal members. Lack of public trust in the police adversely affects its ability to investigate these killings.”

Paulus believes, “Councillors, church pastors and community leaders must be held responsible for what happens to people in their communities. We rely on witnesses and no-one will turn up to be a witness unless you hold someone who is a leader accountable for his community.”

A Kundiawa police spokesperson said that all sorcery-related killings are treated as homicides. However, because the whole community is often complicit in the crime, it is very difficult to persuade people to verify what happened, give statements or identify the perpetrators. At present, only one percent of cases go to court. Police also claim to be under-resourced in their attempts to address the problem.

“In our research we have found that awareness is very limited and people are not aware of the issue themselves,” he said, “They are caught up in their own world, in their own belief system.”

The Melanesian Institute has also endorsed calls for the Sorcery Act of 1971, which aimed to punish sorcery practices, to be repealed, claiming it has too many loopholes and adding it is legally impossible to prove an individual has the spiritual power to make someone sick or die.

“We said repeal the Sorcery Act and criminalise all accusations and killings,” Urame clarified.

Following a review process the Constitutional and Law Reform Commission has demanded the Sorcery Act be repealed in its entirety.