DANG, Nepal, Jun 15 2012 (IPS) - When Arati Chaudhary’s husband left for India to find work as a migrant labourer, the job of managing farm and family fell on her slender shoulders. 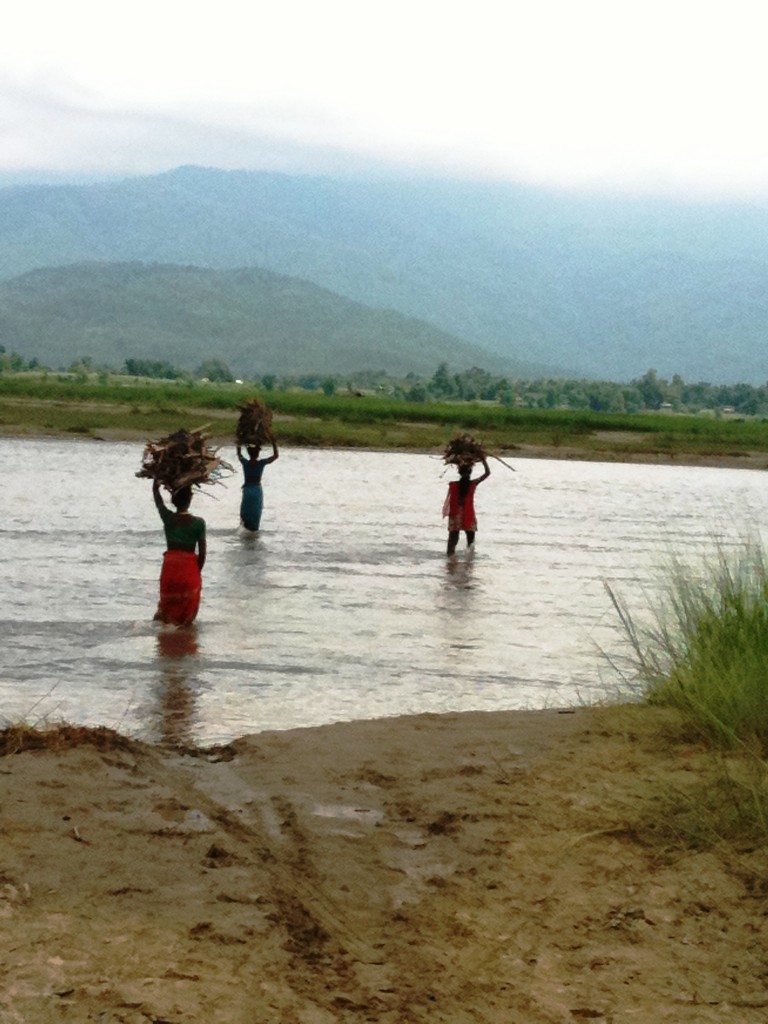 Nepal is among the world’s most climate vulnerable countries

“My family (of four children) will starve if I don’t work harder on the farms this year. I just hope that it rains well in the monsoon season (June-September),” Arati tells IPS in her village of Lamahi in the remote Dang district, 500 km west of Kathmandu.

Agricultural experts believe that failing agriculture in the western hills is exacerbating an existing trend of male migration to neighbouring India – a country that allows Nepali nationals free access and the right to work there.

“The quality of soil has gone down, there is extreme water shortage and frequent disasters like landslides, pests and crop diseases have reduced cultivable acreage,” Krishna Raj Aryal from Support Activities for Poor Producers of Nepal, a non-governmental organisation (NGO), told IPS.

While Nepal has largely recovered from the severe 2008-2009 drought, the worst in 40 years, a World Food Programme (of the United Nations) bulletin released in February said 3.33 million people in the country were still suffering from acute food insecurity.

The same bulletin warned that the situation was likely to deteriorate in Karnali and the far-western hill and mountain districts over the first quarter of the year with food stocks depleting.

According to the state-run Nepal Agricultural Research Centre,  agricultural production only meets the country’s requirements for three to eight months per year.

As food insecurity grows, more Nepali families are becoming dependent on their male members finding alternate livelihoods in India rather than stick with uncertain farming. This is particularly true of the impoverished far western districts.

With over 80 percent of Nepal’s 27 million people dependent on farming, the export of male labour means that the burden of dealing with climate change falls squarely on the women.

Arati understands that rain has been erratic over Nepal over the last few years but, being illiterate, she is not quite sure what the constant talk of global climate change is all about.

“The weather has always been hard to predict, though the monsoon rains have become noticeably scantier and more erratic,” she said.

Arati’s situation of being left to her own devices to cope with the vagaries of the weather  is no different from that of thousands of female-headed farming households in the western region.

NGO leaders like Aryal worry that, in spite of the talk in the cities about climate change, little is being done to educate rural women on how to adapt to changing weather patterns or provide tangible support.

Government officials deny that the issue is being neglected and say things will improve gradually in a country that is still finding its feet after a debilitating ten-year civil war that ended with the  abolition of the monarchy in 2008.

Nepal is yet to give itself a new constitution that is acceptable to all parties and ethnic groups. On May 27, Prime Minister Baburam Bhattarai announced that parliament, elected in 2008 to write the constitution, would be disbanded and elections held in November.

The country’s National Adaptation Plan of Action is still under process. Separately, the environment ministry is preparing a gender strategy that is expected to address the problems faced by female-headed households dependent on agriculture.

Nepal is placed among the most climate vulnerable countries in the world due to its extreme geography (climbing from 60 m to over 8,800 m above sea level) and its impoverished, natural resource dependent population.

A 2007 study on the impact of climate change in Rasuwa district by Resource Identification and Management Society (RIMS), an environmental NGO, found steady increases in temperatures in the summer and monsoon seasons between 1978 and 2007.

Analysing data for that period, RIMS found that in addition to the temperature rise the average annual rainfall had dropped by about one mm a year, with implications for agriculture in the region.

Almost 80 percent of Nepal’s annual rainfall occurs within the monsoon months of June to September when Nepal is flooded with rain while facing scarcity or drought in the other eight months of the year.

“There is little knowledge on climate change in the rural areas and we need to educate people, especially women, on what is happening,” says Gehendra Gurung, head of the disaster risk reduction and climate change programme at Practical Action, an international NGO.

Gurung says women in the remote areas are seriously disadvantaged because of low literacy rates and lack of access to information. Compared to 75 percent literacy rate among Nepali males, the female literacy rate is only 54 percent.

The last labour force survey carried out by the government and released in 2008 showed a rise in female-headed households from 14 percent to 22 percent over a decade. Experts believe that even more women are now heading households.

“The impact on the livelihoods of women is direct since, apart from household work, they are more involved in farming and livestock keeping than ever before,” says climate change expert with Practical Action, Dinanath Bhandari.

According to the Food and Agriculture Organisation (of the United Nations), countries such as Nepal, India and Bangladesh have about 60 percent of the female workforce engaged in agriculture.

In Nepal, the gender divide is pronounced with women involved in  agricultural, pastoral, wage labour and household work, according to the 2011 U.N. Environment Programme report, ‘Women at the frontline of climate change – gender risks and hopes.’

Women in Nepal’s mountain regions carry out over 6.6 times the agricultural work than men, according to the Kathmandu-based International Centre for Integrated Mountain Development.

Women are also more dependent on natural resources since they are charged with the responsibility of securing water, food and fuel for cooking and heating in rural Nepal.

“Overall there has been little focus on the gender component and this needs to be recognised first of all,” says Bhandari.

Practical Action runs an adaptation programme where farmers have replaced their rice farms with banana plantations, which are less vulnerable to the vagaries of the weather.

“Ultimately it is the government that should take the call on running adaptation and mitigation programmes,” says Gurung. “The voluntary sector is limited to pilot and demonstration projects.”

Some NGOs are already implementing adaptation projects involving large numbers of women. For example, a World Wildlife Fund (WWF) project is engaged in improving agricultural production in the mountainous district of Langtang.

Here some about 100 women are involved in promoting local seed varieties and discouraging farmers from taking to hybrids which are not viable in the long term due to the constant climate change.

“We have engaged these women to run the project and train local people in adapting to extreme climatic conditions,” said Anil Manandhar, country chief of WWF-Nepal.

The women collect and preserve local seed varieties and sell them to female farmers at subsidised rates. In addition, WWF-Nepal runs a Krishak Pathsala (Farmers’ School), where irrigation and water conservation methods are taught.

“It is important that women are directly engaged in climate change projects because they are now more involved than ever before in farming and are the real victims of climate change,” said Manandhar.