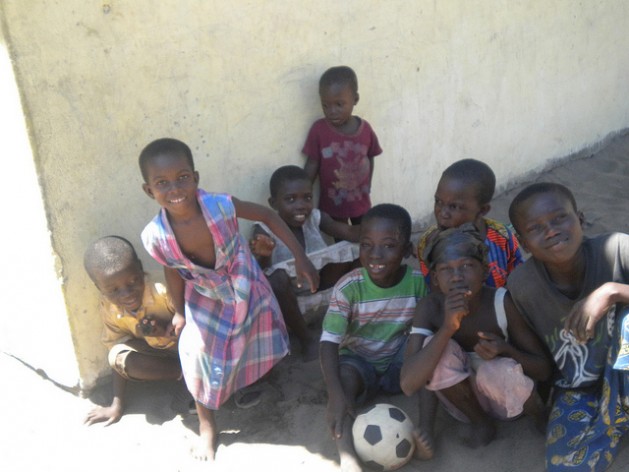 WASHINGTON, Jul 23 2012 (IPS) - As more than 20,000 health workers, scholars and activists from around the world gather here this week for a major biannual AIDS conference, observers are warning that U.S. government proposals to cut HIV/AIDS-related funding could undermine the significant potential to deal a decisive blow to the disease in the near future.

The proposed cuts would be to the United States’ signature bilateral anti-AIDS programme, the President’s Emergency Plan for AIDS Relief (PEPFAR), the single largest country-led health initiative in history. It has been credited with providing antiretroviral medicines to nearly 1.5 million people and cutting the death rate from the disease in certain countries by 10 percent.

Medical advances in just the past three years have surprised even the most ardent of AIDS observers. On Monday, U.S. Secretary of State Hillary Clinton set a goal of “a generation that is free of AIDS”.

Yet now some fear that certain U.S. actions could hurt this gathering momentum.

“We (are) demanding that President (Barack) Obama stop cuts to PEPFAR, the respected global AIDS programme spearheaded by the United States,” Michael Weinstein, president of AIDS Healthcare Foundation, the United States’ largest non-profit provider of HIV/AIDS-related healthcare services, said on Monday ahead of a public demonstration in from of the White House.

Weinstein decried “the Administration’s unprecedented request for a reduction in global AIDS funding of 214 million dollars – the first time a U.S. president has ever cut funding AIDS.”

The AIDS conference, the 19th held, has returned to the United States for the first time in more than two decades, following President Obama’s repeal of a longstanding ban on HIV-positive travellers entering the country.

With the U.S. having played perhaps the single largest role in the global fight against the disease, the upbeat tenor of this year’s summit – the motto of which is “Turning the Tide Together” – is particularly notable.

For the first time, conference lecturers are openly discussing the possibility of an end to the disease, an issue long considered so unlikely as to be diversionary – a taboo, even.

“As we gather here in Washington, we look towards the end of AIDS as something that is actually within our reach, a vision that to me and many others here seems less idealistic, less outrageous, than (such efforts) did just a decade ago,” new World Bank President Jim Yong Kim told the conference’s opening session on Sunday.

Kim, widely lauded for his background in public health, including initiating groundbreaking AIDS work while head of the World Health Organisation, is the first World Bank president to address the biannual AIDS summit. On Sunday, he won plaudits for pledging to oversee a systems approach to extend social safety nets with an eye to AIDS sufferers.

While Kim’s remarks suggest that the World Bank will be stepping up its anti-AIDS efforts, many are wondering whether the United States is attempting to step down.

According to year-on-year analysis provided by AIDS Healthcare Foundation, President Obama’s budget proposal for fiscal year 2013, as announced in February, would attempt to make up a massive shortfall at the Global Fund to Fight AIDS Tuberculosis and Malaria through cuts to PEPFAR. Even so, overall the numbers would go down for both by 193 million dollars (from around 5.5 billion to around 5.35 billion dollars).

In response, despite a rancorous fight over broader austerity, the U.S. Congress has attempted to keep the funding levels at roughly the same level as for FY2012.

Following on her announcement of the goal of an AIDS-free generation on Monday, Clinton directed PEPFAR’s current head, Eric Goosby, to come up with a blueprint detailing how exactly the goal would be achieved. Goosby’s deadline is the upcoming World AIDS Day, Dec. 1.

Yet Clinton made clear references to the United States’ difficult economic situation, and strengthened the impression that Washington is trying to shift the burden for global AIDS funding onto other countries and multilateral organisations, including the World Bank.

“PEPFAR is shifting out of emergency mode and starting to build sustainable health systems that will help us finally win this fight and deliver an AIDS-free generation – it’s hard to overstate how sweeping or how crucial this change is,” Clinton said.

While she noted unequivocally that “The United States is committed … to achieving an AIDS-free generation,” Clinton repeatedly emphasised that “Reaching this goal is a shared responsibility … I encourage other donors, especially in emerging economies, to increase their contributions … the United States is supporting country ownership, but we also look to our partner countries and donors to do their part.”

(In a speech a few days earlier, Goosby had joked, “I think by the end of AIDS 2012, the world may be a bit tired of hearing us use the phrase ‘shared responsibility’.”)

In response, dozens of advocacy and implementing organisations engaged in the fight against AIDS banded together to collectively applaud the plan to come up with a specific blueprint, and to reiterate demands that PEPFAR and related funding not be cut.

“As we all know, money is the oxygen for action for creating an AIDS-free generation,” Paul Zeitz, a long-time U.S. AIDS advocate currently with an organisation called ACT V: The End of AIDS, said in a statement on Monday released collectively by 65 groups.

“Action speaks louder – we need to make sure that governments around the world step up to pay their fare share, including my own government! U.S. leadership in the global battle to end AIDS is an essential catalyst.”