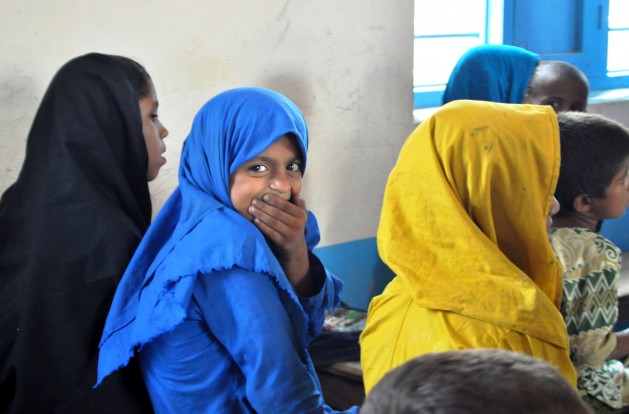 KARACHI, Pakistan, Aug 3 2012 (IPS) - “This is just a trailer of the horror that awaits us,” says noted demographer Farid Midhet, referring to Pakistan’s bulging population and the possibly corresponding  link to rising crime, including murders, robberies, rioting and extremist activity.

According to the independent Human Rights Commission of Pakistan, at least 1,257 people, including 64 children, have been murdered in different parts of Karachi alone, since the beginning of the year.

Karachi, Pakistan’s financial capital and the world’s fifth largest city, has an estimated population of 20 million, which is increasing at the rate of six percent per year.

Regarded also as one of the world’s most dangerous cities, 40 percent of Karachi’s  population livies in squalid shanty towns.

Data maintained by the Citizens Police Liaison Committee suggest that an average of 82 persons were kidnapped in Karachi per year between 2008 and 2010. Between 1997 and 2007, the average was 27 cases per year.

By the year 2020, Pakistan’s population is projected to reach 200 million and by 2050, in a business as usual scenario, the country will have 309 million people.

“If we start making efforts today, we may be able to apply brakes to the population in the next 30 to 40 years,” said Midhet, founder of Safe Motherhood Alliance. “The threat is the biggest ever in the history of mankind.”

“If population growth is slowed down to replacement level and concomitant investment made in the social sector, we could deal with this youth bomb,” says Zulfiqar Bhutta, member of the independent expert review group for maternal and child health for the United Nations Secretary-General.

Bhutta, co-chair of ‘Countdown to 2015’, a global scientific and advocacy group tracking progress towards the U.N. Millennium Development Goal Five pertaining to maternal health, told IPS that the fact that population growth would inevitably outstrip resources for education, employment and development, was always well recognised.

“It is just that the mismatch has become became apparent over time,” Bhutta told IPS. “Our current resources and investments cannot deal with a fresh birth cohort of 4.5 million every year and the proportion of people who are uneducated, unemployable and uncared for continues to grow,” he said.

Midhet said the plethora of donor-driven and country-cultivated family planning (FP) programmes had failed to significantly increase the use of modern methods of contraception.

But if the facts and problems are known; solutions seem obvious and resources available and there is an infrastructure on the ground, why cannot couples limit family size? “We (Pakistan) are doing a lot of things, but we are probably not doing them right,” Midhet explains.

Between 2005 and 2010, many South Asian countries, including Sri Lanka, Bhutan, the Maldives, Bangladesh, India and Nepal, brought their total fertility rates,  or the average number of children a woman bears in her lifetime, from 3.2 to 1.5, but Pakistan remained stuck at four.

As contraceptive prevalence picked up to 74 percent in adjacent Iran between 2005 and 2010, it stayed stuck at a dismal 30 percent in Pakistan during the same period.

Only half of Pakistan’s couples are using a modern temporary method (condom, pill or intrauterine device), while 7.7 percent couples are still opting for the traditional FP methods, which are far less effective than the modern methods.

“If in the last five decades we had implemented the FP programmes sincerely and efficiently, made education compulsory and provided technical skills, today we would have been ahead of South Korea, Thailand, Indonesia and even India, due to our demographic dividend,” said Midhet.

The main problem seems to be lack of political will says Bhutta. “None of the political parties backed it ever.”

A ‘lady health workers programme’ launched in 1994 held out the promise of delivering both FP and basic healthcare at the doorstep, but quickly fell into the doldrums because of overstretched staff.

Dr. Ayesha Khan, who heads Research and Development Solutions, a non-governmental organisation that focuses on public health issues, told IPS that the programme ended up providing a rushed four minutes to every woman client. “The workers’ time and energy is expended on other programmes, including campaigns on TB, malaria and polio,” she said.

The only way out of the present stagnation in FP is for the ministries of population and health to completely merge their field operations and give the programme the primary task of providing modern contraceptives to couples, says Midhet.

“Pakistan could have achieved less than one percent population growth and today the population would have been less than 100 million had Pakistan invested in FP and education of its population,” says Midhet.

Of Pakistan’s 180 million, 20.6 percent are between the ages of 15 and 24. Of these, 32 percent are uneducated with no vocational and life skills. Pakistan’s youth bulge consists of disgruntled and unhappy young people.

At a seminar organised by the National Vocational and Technical Training Centre (NVTTC) and United Nations Educational, Scientific and Cultural Organisation in June, to find ways to get youth into technical education, NVTTC chairman Mumtaz Akhtar Kahloon termed the youth bulge “a window of opportunity.”

“But, if we are  to turn this youth bulge into a demographic dividend, they must be equipped with marketable skills,” Kahloon added.

“If youth are not put to productive use, they pose a threat to peace,” Bhutta said at the seminar. “Small wonder that some see employment options in these (extremist) outfits.”