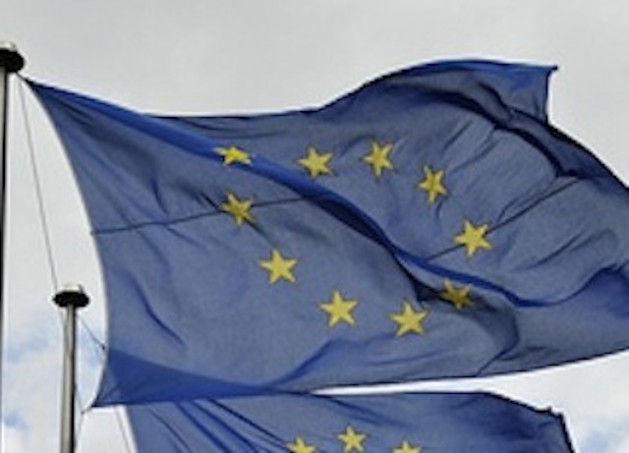 BERLIN, Sep 28 2012 (IPS) - For many years, the European Union (EU) and its individual member states counted among the strongest advocates for free trade, arguing that it would boost economic growth and welfare both at home and abroad.

But since the global financial crisis in 2007 triggered a severe sovereign debt crisis and a general economic downturn across most European countries, EU institutions, individual governments and representatives of some industrial sectors are calling for protectionist measures, especially against competitors from strong emerging countries such as Brazil, India, the People’s Republic of China, and South Korea.

French minister for industrial renewal, Arnaud Montebourg, denounced in early August “the unacceptable dumping (by) Korean auto manufacturers such as Hyundai and Kia, which are disloyal competitors to the French auto industry”.

“Europe may open its markets, but it should not give herself up” to disloyal economic competitors, Montebourg argued.

An assessment of current industrial trends suggests that Europe is indeed lagging.

The legendary French automaker Peugeot accumulated losses of 1.2 billion euros between July 2011 and June 2012, and has announced layoffs of more than 8,000 workers in France, and industrial relocations to Eastern European countries.

Meanwhile, Korean automakers have substantially increased their exports to Europe. According to European Commission figures released on Aug. 29, exports to France by Korean automobile maker Hyundai grew by 48 percent during the first half of 2012.

At the same time, European automobile exports to Korea fell by 13 percent in the same period.

However, these figures alone do not make a strong enough case for Europe’s calls for protectionism. According to the South Korean car maker Hyundai, well over half of the 400,000 automobiles it sold in Europe between January and July this year were actually fabricated in EU countries such as the Czech Republic.

Additionally, the FTA led only to a marginal fall of customs duties for small South Korean autos, from 10 percent before the agreement to 8.3 starting July 2011, and to 6.6 percent since July 2012.

Still, since other French industrial players – from manufacturers of ships and high-speed trains to constructors of nuclear power stations – have recently suffered severe contract losses against South Korean competitors, the latter has become the embodiment of a strong, allegedly disloyal competitor.

Additionally, according to the World Economic Forum’s newest global competitiveness report, South Korea’s economic performance in 2011 surpassed that of France.

But South Korea is not the only formidable threat.

Twenty-five European producers, led by German solar panel manufacturers facing bankruptcy due a strong Sino presence in the market, asked the EU to launch an anti-dumping measure against Chinese competitors, arguing that the government in Beijing gives local manufacturers illegal subsidies and allows them to sell their products below actual costs of production.

Such practices, according to the group EU ProSun – which represents the majority of solar industrial production in the region – constitute “unfair distortions” of international trade.

The World Trade Organisation itself allows governments to act against dumping where there is genuine injury to the competing domestic industry.

In 2011, the Chinese solar panel industry sold 60 percent of its global exports in Europe. On Sept. 6, the EU announced it would respond to ProSun’s demand by launching an official investigation into Chinese subsidies and trade practices.

Protectionism on the rise

The EU has also developed a new international trade concept, which, according to economic experts and analysts, clearly includes new protectionist measures likely to hurt emerging developing countries such as India, Brazil and South Africa (IBSA) as well as China, South Korea, and Vietnam.

In an analysis released last July, ‘The next decade of EU trade policy: Confronting global challenges?’, the London-based Overseas Development Institute (ODI warned, “There is a major concern that the EU is moving towards protectionism.”

The ODI paper analyses the proposals on international trade approved by the European Commission last May. This new agenda, expected to come into force in January 2014, foresees a reform of the EU’s generalised system of preferences (GSP), which has ruled European trade policies towards developing countries since 1971.

In its analysis of this new GSP, the ODI report warns that the number of countries eligible for preferential trade with the EU will fall from 175 at present to about 80 in the near future.

Dirk Willem te Velde, head of the ODI’s International Economic Development Group and coordinator of the ODI report, is concerned that “the EU will retreat into protectionism, especially vis-à-vis the so called BRICS countries (Brazil, Russia, India, China and South Africa) with a range of trade-related economic policies.”

“Clearly, the GSP reform is likely to impose more trade barriers on a range of products and countries when they are not benefiting from a reciprocal Free Trade Agreement (FTA) with the EU,” te Velde added.

“This does not offer the best value for EU consumers or developing country exporters,” he said.

Christopher Stevens, co-author of the study, said the new GSP regime would exclude all so-called Upper Middle Income Countries (UMICs) from the GSP, even for products where these countries are not competitive.

“The justification for the change is that the UMICs are sufficiently well integrated into the world economy (that they) do not need the GSP; and it will ease pressure on less competitive developing countries and hence focus the GSP preferences on the countries most in need,” Stevens added.

But neither claim stands up well to examination, Stevens argued. “UMICs are not a very close proxy for ‘the most competitive developing countries’,” he wrote in the report, concluding with some very telling examples of the coming discriminations: “Under the new regime, China will remain in the GSP but Cuba will be excluded; Indonesia and Thailand will remain in, but Gabon and Namibia will be out.”