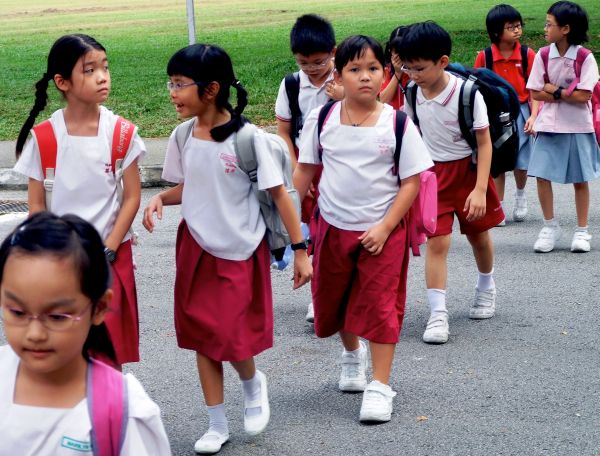 SINGAPORE, Sep 4 2012 (IPS) - How to get Singaporeans to have more babies has become a major part of the debate about this country’s future, and the government is encouraging people to speak out on the issue.

Prime Minister Lee Hsien Loong, in his national day speech on Aug. 26, assured this nation of four million people that the government would make “the most important long-term investments in our people” by increasing spending on pre-school and university education.

His pledge to boost public spending on education, especially at the pre-school level, is in response to concerns that Singapore’s fertility rate has dropped alarmingly in the past two decades as the country has progressed economically. At 1.2 births per woman it is well below 2.1, the figure needed to keep Singapore’s population from shrinking.

The issue was given further momentum when Singapore’s 91-year-old founding father Lee Kuan Yew, addressing a national day dinner recently in his constituency, warned that the country was facing a choice of more babies or more immigrants to maintain its economic prosperity. “If we go on like this, this place will fold up” he warned.

The government has set up a National Population and Talent Division (NPTD), which has invited views from the public on how to bolster Singapore’s sagging birth rate. The new office is expected to come up with recommendations by the end of the year.

Singapore’s leading women’s association, AWARE, argued in a recent submission to the NPTD that quality of life concerns are the main reason that people are not having more babies. The group called for prioritising gender equality in public policy.

Corinna Lim, executive director of AWARE, said in an interview with IPS that there are many issues which the government could address, such as the lower rate of female employment, issues of childcare and dependency on foreign domestic workers, and the pressure on mothers to secure high-quality education for their children.

“Quality of life and having a baby comes in as the most important factor (in people’s reluctance to have babies),” she said. “If you are going to look at it as, oh, if I have children I need so much money, you might end up not having children.”

Research Assistant Sangeetha Madasamy, 24, a sociology graduate, would like to get married and have three children. “I think it would be nice to have more than one child, but this really depends on the cost of living,” she told IPS. “I just started working, and I still have to pay off my student loans and would like to continue my studies.”

Laura Hwang, president of the Singapore Council of Women’s Organisations, recognises that lifestyle aspirations are an important part of young peoples’ decision to create a family.

“More young couples delay marriage and parenthood till after they are able to secure their own nest, whereas previously, couples were more accepting, staying with family before launching off on their own,” she told IPS.

“Other factors are increased anxiety over marriage stability due to job prospects, overseas postings and increased demands on mobility in one’s career advancement,” she added.

Living in a small country where many companies have overseas holdings or are regional headquarters for international operations, many upwardly mobile professionals have to frequently travel overseas on work assignments.

And the strong focus here on academic and career excellence puts added pressure on the mother in terms of education for her children. “We have an education system that teaches at a certain level and examines at a higher level,” notes Lim. “In between is the tuition (and) it’s the mother who has to take the child everywhere.

“We know cases where when the child goes to secondary school and is not doing well, the mother gives up her job. She feels if the child doesn’t do well, she will blame herself for the rest of her life” says Lim.

“Active involvement by both parents in a child’s care and upbringing, as well as a network of support, are what would be the biggest influence on a young professional woman’s decision on having children,” says Hwang. She recommends that workplaces adopt flexi-hour schemes for both parents, so that the parenting load can be shared.

“In Singapore, many companies, especially local ones, are not family-friendly, so women are afraid of losing their jobs when they get pregnant,” complains Jacinta Leow, 33, a communications executive and a mother of a two-year-old. She gave up her job when she became pregnant and started a new one a year after giving birth to her child.

“It would really help if the government could be tougher on companies that fire women for petty reasons after they get pregnant,” she told IPS. “They should also legally ensure that women can take maternity leave for a year to be with their baby without fear of losing their jobs.”

With no mandated parental leave for fathers in Singapore, the “message is that childcare is the mother’s problem,” says Lim. “We must give more support to both parents. We need shared childcare.”

In July, the National Trades Union Congress suggested that the government create paternity leave, and Prime Minister Lee hinted in his national day speech that this may be considered.

But the Singapore National Employers Federation is opposed to such a move.

Ian Tan, a 36-year-old father of two schoolchildren writing in the ‘Today’ newspaper, argued that “a relentless focus on grades and wealth as key measures of success has led to a society where many people want to succeed materially first before they want to start their family.

“If more Singaporeans can have the opportunity to enjoy a more balanced lifestyle while contributing to the nation’s progress, it’s not only the birth rate that will improve dramatically,” he maintained.